The Latin phase inscribed over the Shaw Memorial - "He forsook all to preserve the public weal."

Tomorrow, July 18, marks the Commonwealth's official remembrance of Augustus Saint-Gaudens' bronze sculpture which memorializes Colonel Robert Gould Shaw and the men of the 54th Massachusetts Regiment - the first Civil War regiment of African Americans. The memorial, located between Boston Common and the State House, is regarded as one of the greatest American sculptures.

The 54th Massachusetts Regiment began recruiting its members in February 1863. Among the first to enlist - the sons of abolitionists Frederick Douglass. Governor John Andrew, who was first to respond to President Lincoln's call for troops, appointed Robert Gould Shaw, the son of Boston abolitionists, to command.

The courage of the 54th became legendary, Members both black and white successfully protested to equalize wages for the races, they fought in several vital battles, and they led the charge against Fort Wagner on July 18th, 1863 - the day Shaw and many of his men were killed in action.

The memorial sits on the very location where the regiment, under the eye of Governor Andrew, began its march to war. I welcome you to see the sculpture and the other significant markers, memorials, statues, paintings and artifacts on Beacon Hill that illustrate the important role that Massachusetts has always held throughout our nation's history. 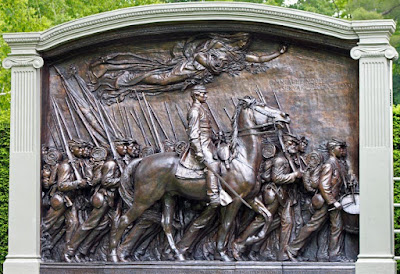 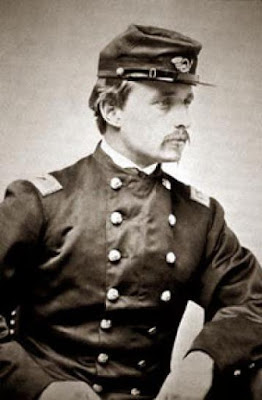 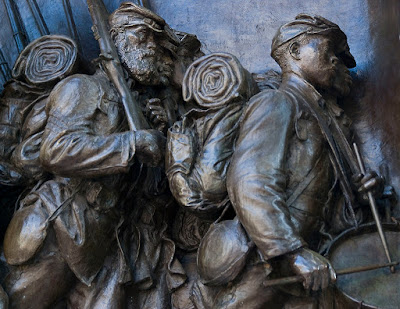