Finding missing people would be easier with a license plate system that uses universally recognized symbols, such as a star, heart, or circle to make it easier to report license registrations to law enforcement.


This is the idea of the EZ-ID system and the subject of legislation that I filed. Olivia Dorrance talks with Gary Richard, inventor of the EZ-ID license plate.

The US Small Business Administration is making low-interest loans available to area business and community organizations which were impacted by the extremes of last winter.


“While the snow has melted and the temperatures have warmed, the financial and economic impact of a record-breaking winter continue on for businesses and non-profit organizations,” said Senate Minority Leader Bruce Tarr (R-Gloucester).  “Fortunately, they don’t have to face them alone, and the SBA can provide significant assistance on this front.”

The loans are being offered through the SBA's Economic Injury Disaster Loans (EIDL) program at 4% interest rates for small businesses and 2.625% for non-profit organizations that are unable to access credit from other non-governmental sources, loans can reach up to $2 million and be paid back over a 30 year period.

EIDL applicants who require loans greater than $25,000 are required to purchase hazard insurance and provide suitable collateral. Application forms are available for download at https://disasterloan.sba.gov/

For more information about the program and loan opportunities contact the SBA's Disaster Assistance Customer Service Center at 800-659-2955 or visit www.sba.gov/disaster.

Today we gathered at the State House to join with families who have had a child abducted or murdered.  The event, sponsored by Molly Bish Foundation founders John and Magi Bish, is an opportunity for us to remember children and their families who have faced these issues.

I was invited to speak at the foot of the Grand Staircase by the Bish family and I spoke of the many reasons we have to hope.  As long as we never forget these children, we will use the resources of justice and public safety available to us to bring the children home.  We will rededicate ourselves so that no child goes lost or missing.


Magi and John's daughter Molly went missing in June 2000.  Three years later her bathing suit and remains were found, the murder is still under investigation.  The Bish family has been at the forefront of raising awareness about this important issue.  Today people gathered from across the state to help protect children from harm.

We were joined by Secretary of Public Safety Daniel Bennett, Senate President Stan Rosenberg and Attorney General Maura Healey, Representative Todd Smola and Senator Anne Gobi.  Families told moving stories about missing children, inspiring us all, and compelling us to take more actions to protect them.

Speakers reaffirmed commitments to keeping children safe, through systems such as Amber Alert, and expanded DNA database, and tracking and accountability measures for sex offenders.

Among the systematic changes discussed was the strengthening of our state's license plate system, using an EZ-ID format that I have been working to advance over the past several years, and that is the subject of legislation I have filed and advocated during that time.

An EZ-ID law will create a general issue license plate to include a randomly assigned symbol, such as a star, heart, diamond, circle, etc., into each registration number itself, reducing the necessary number of letters and numbers otherwise needed on each plate.  This would make it easier for all of us, even for very young children, to recognize, remember and recall license plate registrations.

Parades and ceremonies in honor of the memories of those who lost their lives fighting for liberty and freedom for each of our nation's citizens. 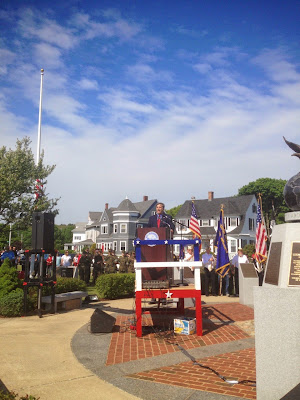 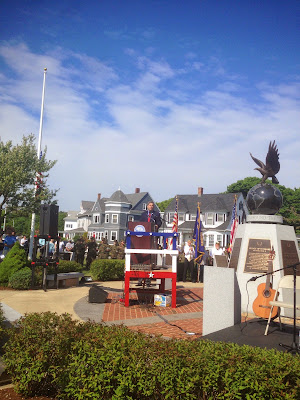 From Cape Ann to Cape Cod, from the Berkshires to Boston, we thank our veterans for their service and we honor those who have passed.


On Beacon Hill, volunteers have placed 37,000 flags to commemorate the brave Massachusetts men and women who have fallen while serving their country in the line of duty since the Revolutionary War.  This moving display is just one way to honor those who gave their lives.  Please take some time today to give thought to them, their families, and to those who still wear the uniform in service to our nation. 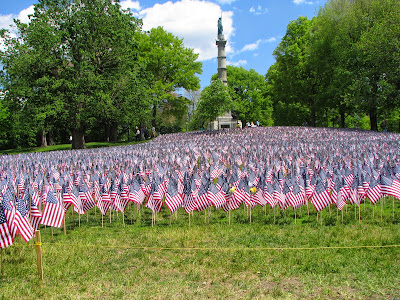 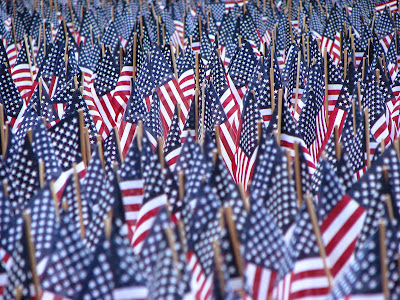 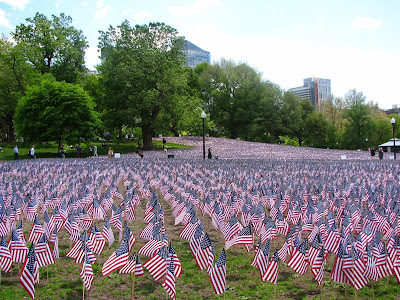 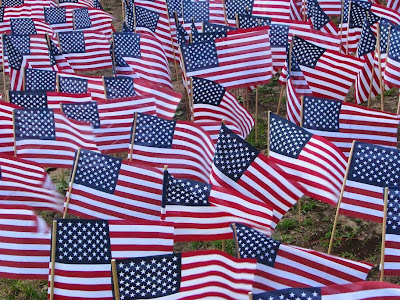 37,000 American flags on the Boston Common populate the “Flag Garden.”

Boston- May 21, 2015    The Massachusetts Senate today overwhelmingly adopted a bi-partisan plan championed by Senate Minority Leader Bruce Tarr (R-Gloucester) to move the transit system under a new fiscal control and accountability board after a growing chorus of calls for the adoption of major reforms to the ailing MBTA were amplified across the state and on Beacon Hill.
Tarr was joined by Transportation Committee Chairman Thomas McGee (D- Lynn), Transportation Committee Chairman, and other members of the Senate.

“One of the most important things that the Senate can do in this budget is provide a major reform package that comports with the framework of the plan offered by Governor Baker and restores confidence from an exasperated public,” said Tarr.  “The bi-partisan support for MBTA reform affirms that we are ready and willing to bring accountability to a dysfunctional system and give riders, taxpayers and the public the mass transit system they need and deserve.”

The new MBTA Control and Accountability Board will be comprised of five members appointed by Governor Baker; three of whom will be members of the Mass Department of Transportation Board of Directors, including the Secretary of Transportation; one member will have expertise in transportation finance; and one member with experience in mass transit operations.  Initially established for a three year period, the bill contains an option to extend the board for two additional years.  The control board is responsible for creating operational stability, budgetary, and performance standards including;
In response the crippled public transit system, Governor Baker commissioned a special panel of national leaders in transportation, economic development and municipal planning after a harsh winter exposed dramatic failures throughout rail and bus systems.  Following an in-depth diagnostic review of the MBTA’s core functions, Baker’s panel recommended the creation of a fiscal control board after reviewing numerous MBTA studies and performance reviews.

The board will be required, by January 1, 2018, to make a determination if it has achieved its goal of operational stability.  If performance standards are met, they will be required to make recommendations on the governance structure of the MBTA. Should the board determine that the goals have not yet been achieved; their continued existence can be extended until permanently dissolved on or before June 30, 2020

Senate Republicans also sought other changes to the agency including; lifting the requirements of the so-called Pacheco Law during the term of the control board, subjecting the MBTA Retirement Fund to the public records law, and subjecting the agency to an audit.

The Republican Caucus, having called for action in the $38 billion budget proposal, worked successfully to build consensus to promote the goals of MBTA reform.

Senator Vinny deMacedo joined me today before the start of our third and final day of the Fiscal Year 2016 Senate Budget debate.  We discussed MBTA reform, tax cutting options, and an Olympic Games spending freeze.

Boston- May 20, 2015  The Senate took action today on legislation authored by Senate Minority Leader Bruce Tarr (R-Gloucester) to assure that no state agency or department encumber any expenses related to hosting the 2024 Olympic Games in Boston unless a special act of the Legislature is signed into law by Governor Baker.

“We shouldn’t be committed to financially supporting the Olympics by deficiency, accident, omission or inaction on our part,” said Tarr. “Our amendment ensures that the Legislature and Governor, as responsible stewards of the Commonwealth’s resources, are not excluded from the process.”
Senators included the legislation, which received support from a bi-partisan group of co-sponsors, to provide greater oversight on the use of state money as the International Olympic Committee considers which city will be awarded the games. Under the plan, money can only be spent for due diligence and analysis of Boston 2024 organizer’s plans.

"We need to be on record as asserting that we will have a role to play as the guardians and the stewards of public funds," said Tarr.

“This significant measure ensures that before the Commonwealth spends any money on hosting an Olympic Games, the legislature determines if it is feasible and done in a responsible manner,” said Senator Richard Ross. “The overwhelming bi-partisan support for this reflects the Senate’s continued commitment and dedication to Massachusetts taxpayers throughout this process.”

Off to a Fast Start: Meet Senators Fattman and deMacedo

Freshman Senators Fattman and deMacedo talk about giving their maiden speeches, and securing passage of key amendments, just before the start of day  two of Senate budget debate.

Boston- May 19, 2015   The Massachusetts Senate took action to repeal the new state law that triggers an insurance surcharge for motorists cited under the new headlights and wipers law.

An amendment to the state budget offered by Senate Minority Leader Bruce Tarr (R-Gloucester) will eliminate the multi-year auto insurance surcharge included in a new law designed to enhance safety by requiring drivers to use headlights whenever they turn their windshield wipers on.


“We are not adding to public safety by penalizing drivers with an onerous insurance bill,” said Senate Minority Leader Bruce Tarr (R-Gloucester). “The Senate unanimously adopted my amendment and I am glad that the motoring public knows that the Senate is on their side.”

“The intent of this law was always to improve public safety and promote safe driving practices during harsh weather conditions. By eliminating the insurance surcharge, the original intent of the law is maintained without severely penalizing our constituents. I am pleased that the Senate was able to unanimously come together on this important issue,” said Assistant Minority Leader Richard Ross (R-Wrentham).

The Senate took up the proposal as part of its budget debate on the $38 billion spending plan.  The Tarr amendment was the first to be adopted of the 942 amendments filed.


"I am very pleased that the Senate voted to repeal the insurance surcharge,” said Donald Humason, Minority Whip (R-Westfield). “While preserving the aim of improving public safety for everyone on the road, we were able to avoid imposing yet another unnecessary fine on residents of the Commonwealth."

The headlight and wiper law is still in effect, a ticket for a violation is set as a $5 moving violation.  The Tarr amendment, if approved by Governor Baker, will remove the insurance premium requirement currently included in state law.