Yesterday I distributed the following press release regarding a special green crab forum I am hosting with Representatives Brad Hill and Ann-Margaret Ferrante, Shellfish Constable Jack Grundstrom, and the Division of Marine Fisheries:


Boston- Since the early 1800s, the carcinus maenas, or more commonly known as green crabs, have been invading the waters off the coast of Massachusetts and New England harming native habitats as it continues to colonize.  This invasive species has grown so rapidly over the years that it is now threatening marine wildfire, including fisheries that are harvested by local fishermen.  If left unchecked, the devastating path created by the green crab population will not only have a lasting effect on oceanic life, but also on local economies.


What:  Open to the public Green Crab Forum


“Green crabs pose a strong and growing threat to our shellfish resources, our shellfish industry, and the integrity and sustainability of our marshes and wetlands,” said Senator Tarr.  “Confronting that threat is going to take a comprehensive effort and innovation.”


Green crabs, which are originally from Europe, feed normally on shellfish such as blue mussels and soft-shell clams.  Due to the recent acceleration in size, the invasive species has become destructive to the survival of native species.  In order to prevent further damage to the local marine habitat, planning and action must be taken immediately in a coordinated and responsible fashion.


Some highlights of the evening’s agenda include:


“In order to prevent further destruction of our fragile marine ecosystem from the invasive green crabs, we as a region need to work together to protect the natural habitat and the shellfish industry,” said Representative Brad Hill (R-Ipswich).


“This forum is important so we can learn more about the eco-system and of natural predators not just the effects of overfishing,” said Representative Ann-Margaret Ferrante (D-Gloucester).

Seeking Answers as to the Delay of REAL ID

Today I distributed the follow press release regarding Massachusetts not yet complying with the Federal REAL ID Act of 2005:


Boston- Today Senate Minority Leader Bruce Tarr (R-Gloucester) and a coalition of 31 legislators sent a letter to Governor Deval Patrick seeking answers as to why the Massachusetts Department of Transportation has yet to comply with the Federal REAL ID Act of 2005.  The act, which codifies the standards of state licenses and IDs, was passed following a recommendation by the National Commission on Terrorist Attacks Upon the United States (“9/11 Commission”).


In their letter, the coalition of legislators wrote “Aside from the fact that the REAL ID Act is a federal law, the REAL ID standards themselves represent important elements for driver’s license security.”  The legislators further wrote “…our state may be magnetized for criminals and others to fraudulently obtain valid Massachusetts driver’s licenses and identification cards under assumed or fictitious identities.”


If Massachusetts does not join the majority of states in moving towards compliancy, citizens of the Commonwealth could be severely impacted.  An announcement made by the United States Department of Homeland Security (DHS) on December 20, 2013 listed Massachusetts among a small list of states that remain noncompliant with the federal law, and in that announcement the DHS provided a schedule of four successive enforcement phases.  Those phases include:

Seeking to sufficiently clarify the reasons Massachusetts has yet to comply, the legislators ask in their letter to Governor Patrick “Has the RMV opted to move forward with the further actions necessary to bring the Commonwealth into compliance with the Real ID Act, and, if not why is Massachusetts not moving forward?”


On March 5, 2013 the Senate Republican Caucus sent a letter to Governor Patrick seeking information as to Massachusetts’ progress in complying with the federal act.  Unfortunately, at that time, the caucus did not receive a formal response regarding the Commonwealth’s status.


“We need to work together to take the necessary actions to deal effectively with this important issue for homeland security and public safety,” wrote the legislators in their February 27th letter.

Today I released the following statement regarding the announcement that the New England commercial fisheries will receive almost $33 million in fisheries disaster relief aid:


“Our commercial fishing industry is facing a prolonged crisis that threatens its very survival, and these funds represent a critical lifeline for fishing families and ports.  Although the amount is modest in the context of the threat, it does represent recognition by the federal government of its obligation to provide resources in the face of this dilemma.  Now, the funds need to get to the people who need them without delay, without being sacrificed to the costs of overhead and bureaucracy, and without a mistaken belief that they will solve the problems the industry faces.


Hopefully, with these funds at work to prevent immediate extinction of commercial fishing in Massachusetts and New England, we can use the time they buy to chart a course for better management, and a groundfishery that can survive now and prosper in the days ahead.”

The Senate today approved new restrictions on the placement of children under the care of the Department of Children and Families (DCF) in foster homes with individuals who have a prior criminal record.

The amendment, offered by myself and the Senate Republican Caucus, prohibits DCF’s approval of any new foster care placements involving individuals or family members convicted of a felony, unless there are specific written findings on the necessity of such placement and a finding that the placement poses no threat to the safety of the child. The amendment was approved on a roll call vote of 32-5 as part of a $196.4 million supplemental budget passed by the Senate today.

The amendment also requires the Office of the Child Advocate to examine all such existing foster care placements to ensure the safety of each child, and to determine whether or not such placement is appropriate.

The Senate’s actions follow recent media reports indicating that DCF has allowed foster parents with prior criminal records to take children into their homes in 650 cases since 2013. There are currently 552 active homes caring for children where the guardian has a prior criminal conviction.

Under DCF policies that were last updated in 2008, prospective foster parents who have been convicted of crimes such as soliciting sex from a minor, motor vehicle homicide, and armed assault are not automatically disqualified from becoming foster parents, and can seek a waiver from DCF. This is due in part to a 2000 Superior Court decision.

According to recent media reports, DCF maintains a “discretionary” list that includes about 110 crimes applicants can have on their records and still qualify as foster parents. Some of these offenses include:

• inducing sex from a minor;

• assault and battery with a dangerous weapon;

• motor vehicle homicide while driving under the influence; and

• trafficking in cocaine or heroin within 1,000 feet of a school.

Last December, the Massachusetts Senate Republican Caucus – led by Senator Don Humason (R-Westfield), the Caucus’ representative on the Joint Committee on Children, Families and Persons with Disabilities – released a letter calling for an independent investigation into the failures of DCF regarding the disappearance of Jeremiah Oliver. Oliver, a five-year-old Fitchburg resident, went missing last fall while under DCF care, and his whereabouts remain unknown.

The supplemental budget now heads to the House of Representatives for further action.

Breaking Ground to Support Our Schools

Late yesterday afternoon I had the opportunity to join with state and local officials to break ground on the new $46 million Penn Brook Elementary School located in Georgetown, Massachusetts.  The school, which will enroll students from kindergarten through grade 6, will not only provide a state-of-the-art school building for students to thrive in for years to come, but will also alleviate some of the overcrowding issues currently hampering the Georgetown Middle School.  Yesterday’s groundbreaking is a major step towards the completion of the school, which is expected to be ready for the start of the 2015 school year.


Posted below are several photos of the groundbreaking.  To read more about the new Penn Brook Elementary School, please click here to access information locate at the school’s website. 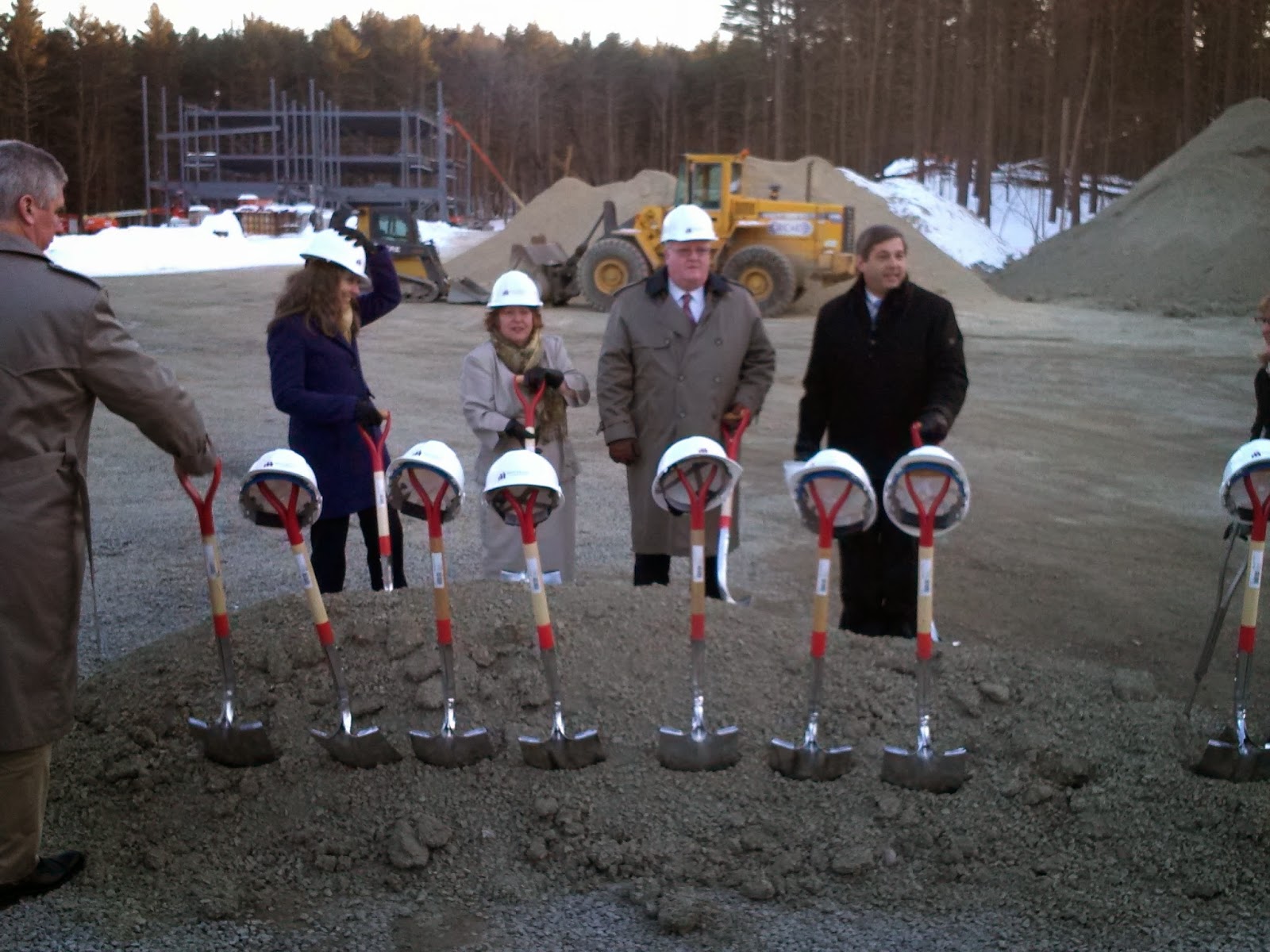 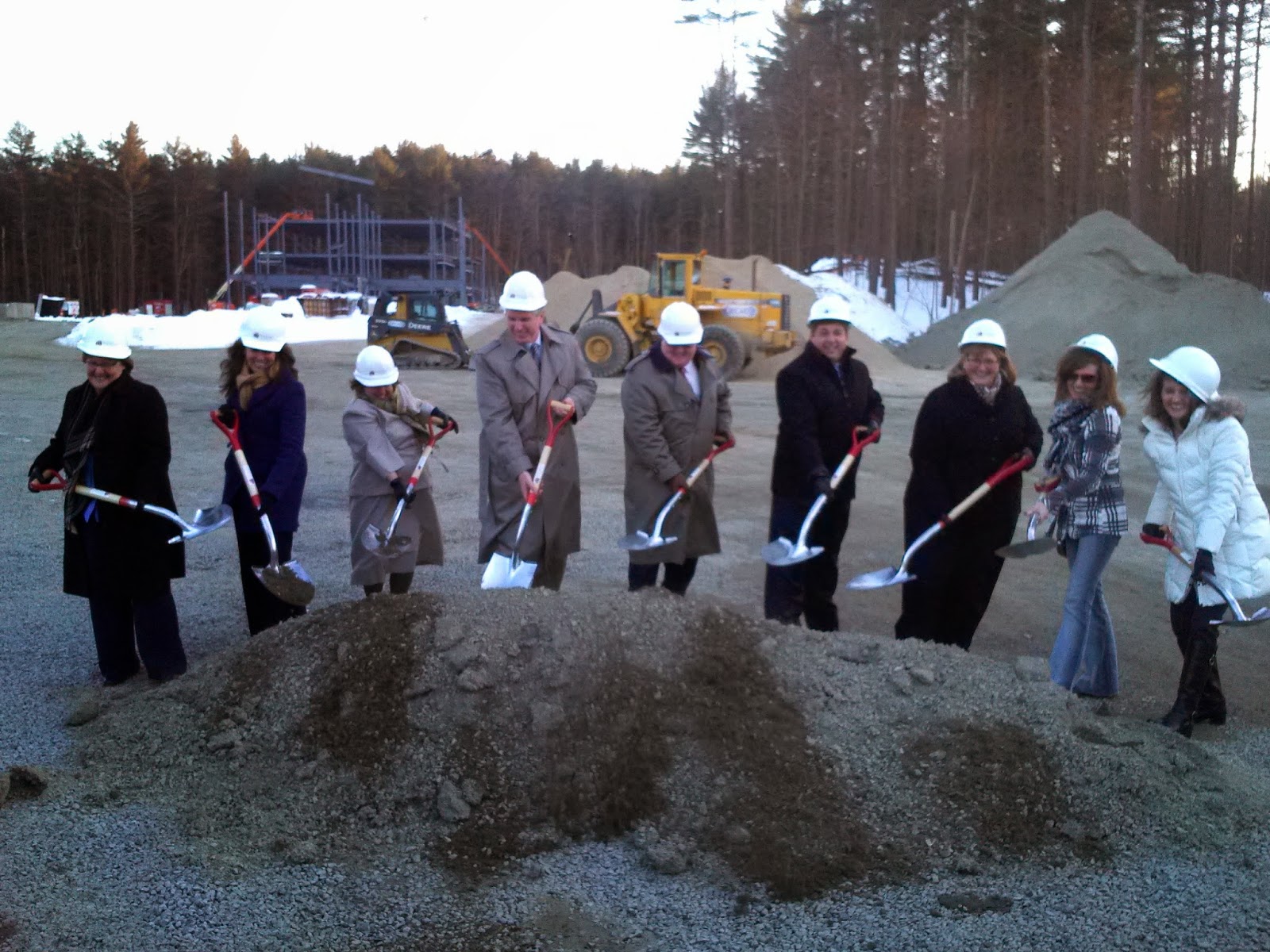 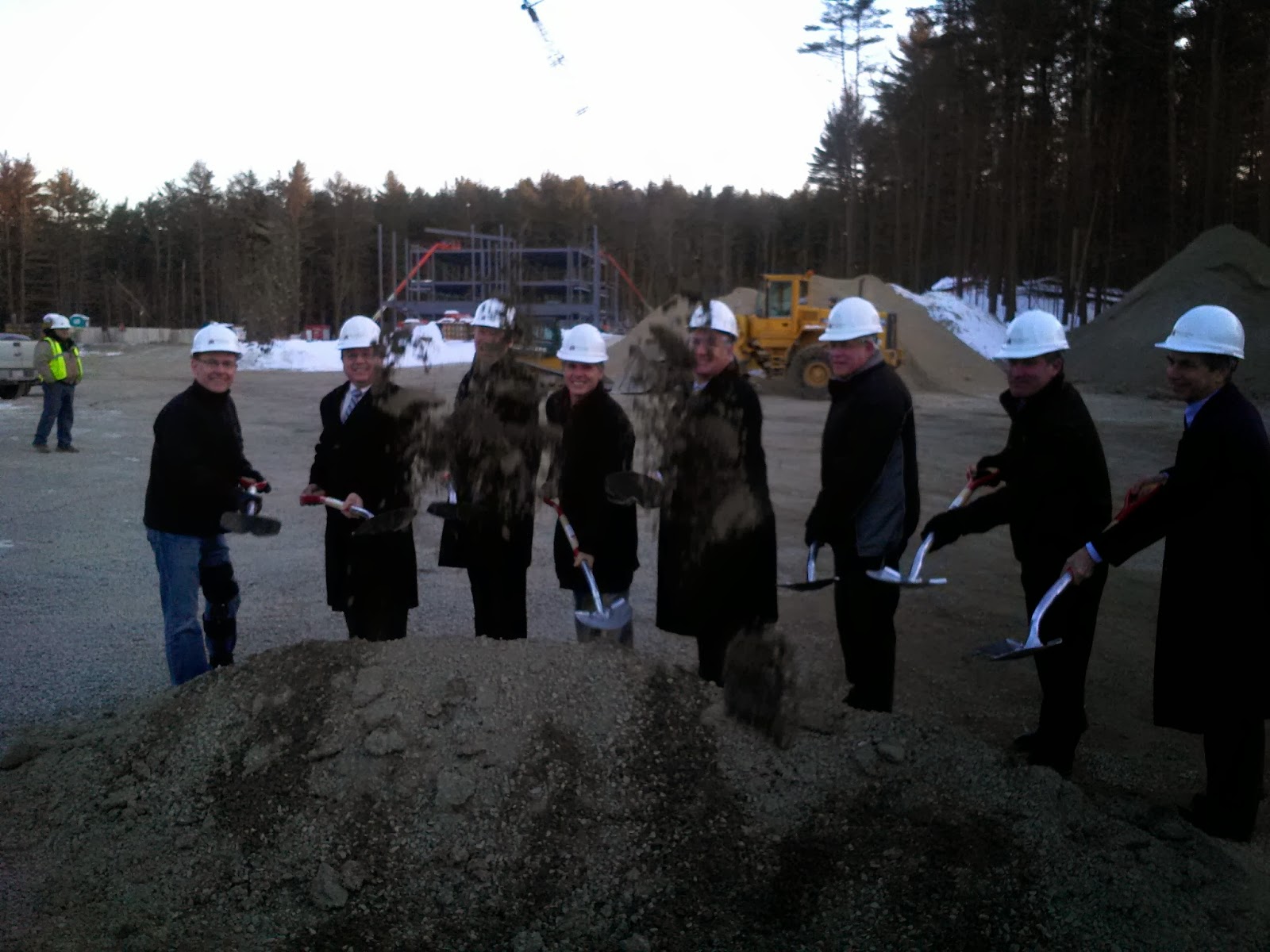 In today’s Gloucester Daily Times, the newspaper cites an important issue regarding the federal government’s REAL ID Act, and the repercussions citizens of the Commonwealth will soon face if the state doesn’t comply with the federal law.

Today the Massachusetts State Senate is set to debate an unemployment insurance system reform bill in an effort to provide much needed assistance to our small businesses.  The measure that will be taken up today will change the rate table for employers based on worker retention; however, there are more ways to strengthen the system further.


I filed, along with the Senate Republican Caucus, several amendments to the bill to do just that.  To read the actual text of the bill or all of the amendments filed please click here.

Media Alert: On the Air with Channel 5

This evening I was interviewed by Channel 5 Reporter Mary Saladna regarding the prompt payment for snow and ice removal by independent contractors.  Please tune in at 11:00pm to watch tonight's segment.