Media Alert: On the Air with WSAR AM

Today at approximately 4:10pm I will be talking with news personality Alex Stylos of WSAR 1480 AM Radio about medical software company Meditech Inc’s interest in opening a new facility in Freetown, MA that could potentially hire 800 new employees and the obstacles state government has placed in its way. Please tune in at 4:10pm or click here to listen to our lively discussion. 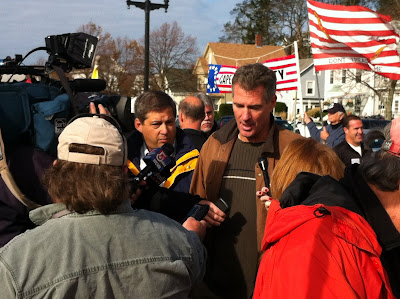 Yesterday I joined in support of U.S. Senator Scott Brown’s request to the President for the immediate removal of Jane Lubchenco, the Undersecretary of Commerce for Oceans and Atmosphere. The continued mismanagement of the groundfish fishery by federal regulators has hurt fishermen, their families and seaside businesses. In order to get the industry to a healthy state, action must be taken to begin to correct some of the past transgressions by NOAA policymakers and enforcement officials.

Below is a video taken at yesterday’s press conference called by Senator Brown, and a report by the Gloucester Daily Times.

Brown, In Gloucester Calls for President to Fire NOAA...GloucesterTimes

On Tuesday I had the privilege of meeting with Charlotte Brooks Papp, a Gloucester resident and the current 2011 National American Miss Massachusetts pageant winner, at the State House. I presented Charlotte with an official Senate citation in the Senate Chamber honoring her latest success. Charlotte will travel to Disneyland in Anaheim, CA during the week of Thanksgiving week to compete for the title of Miss National America 2011.

Below is a photo of me with Charlotte and her mother, Daphne Papp, standing at the rostrum in the Senate Chamber. 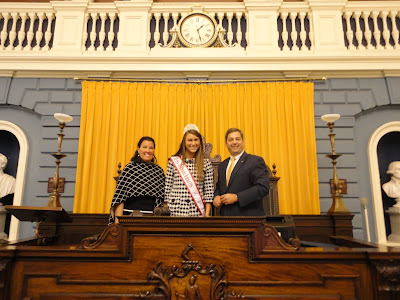 Today the legislature’s Joint Committee on Transportation held a public hearing on S.1798, “An Act to Enhance the License Plate System of the Commonwealth,” which I have filed in memory of Molly Bish, the teenager from Warren, MA who was tragically abducted in 2000.

S.1798 would establish a new license plate system in our Commonwealth based on a concept developed by Gary Richard of Beverly. That concept, known as EZ-ID, replaces the currently used license plate format of strings of unrelated characters and numbers, with a much simpler design with a clearly recognizable large symbol and no more than four numbers and/or letters. The result is a license plate which can be much more easily read, identified and remembered.

The benefits of this change would be many in number, but the goal of the bill is to make license plates far more effective in their main purpose: to facilitate the identification of motor vehicles. In turn, this would significantly enhance public safety by allowing victims, witnesses and others to more easily report critical information about a vehicle’s identity.

Today Molly’s parents, John and Magi, presented compelling testimony in support of the bill, and they were joined by Gary Richard.

Please tune in to the evening news on FOX 25 at 6:00pm for coverage of the hearing. Posted below is information about EZ-ID, along with two photos that was taken today in my office of John and Magi Bish, Gary Richard, and I. To learn more about EZ-ID please click here. 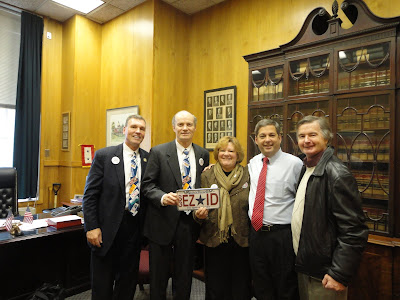 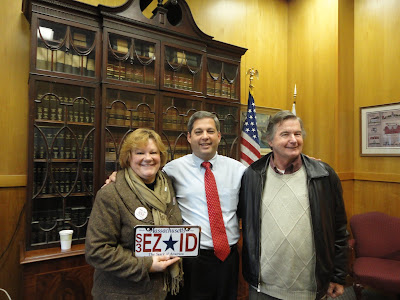 Today the Joint Committee on Education heard several bills that I filed that would strengthen the integrity of the charter school application proposal process and create a working group to examine a number of issues surrounding charter schools. Finance Chairperson Kathy Clancy and Chairperson Val Gilman of the Gloucester School Committee attended the hearing and provided their testimony in support of my bills. To read the text of my bills and all the bills heard today by the committee please click here. Below are some photos taken of Kathy and Val as they spoke to the members of the committee. 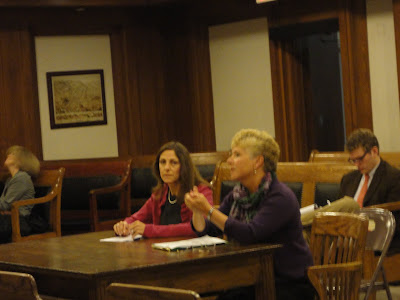 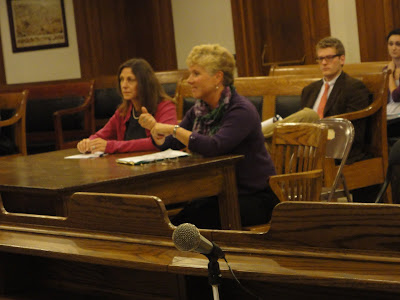 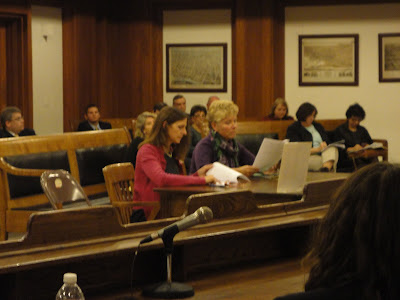 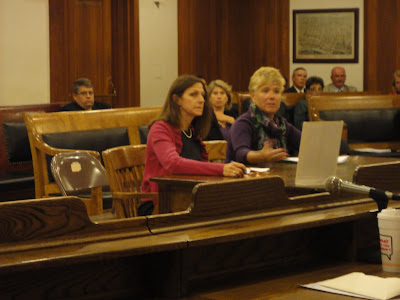 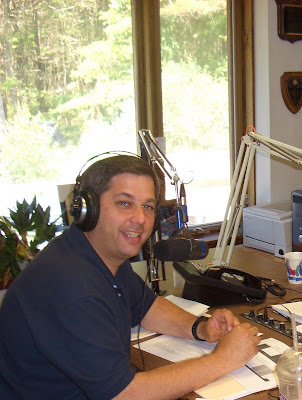 Please tune in to tonight’s “Nightside” with Dan Rea on WBZ NewsRadio 1030AM to listen to Dan and I discuss the expanded gaming bill, which passed 24-14 during yesterday’s Senate debate. To listen to our lively discussion please tune in at approximately 8:00pm or click "here" to listen online.

Last night I was a guest on last night's episode of "Broadside" on New England Cable News, where I discussed the Senate casino bill with host Jim Braude. To watch the interview in its entirety, just click the picture posted below. 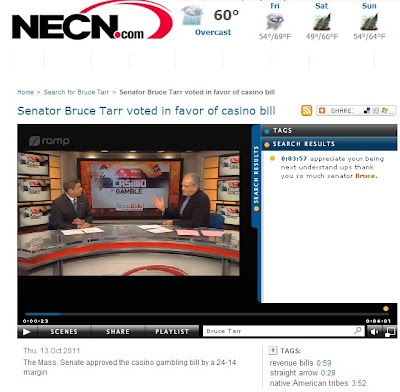 On Tuesday October 11th I joined with Senator Katherine Clark (D-Melrose) and several co-sponsors to amend the gaming bill (S.2015) to direct new gaming revenues toward addressing inequities in local educational funding, and ensuring that all school districts receive a minimum of 17.5% of the amount the state requires them to spend from the state.

We have been working for years to correct inequities in the Chapter 70 education funding formula, and this amendment offers one of our best chances yet to provide financial relief to communities that haven’t been treated fairly.

The amendment directs spending from a new education account created in the gaming bill. That account is slated to receive 14% of the revenues generated by gaming operations. Language already in the bill prohibited those funds from being used to supplant expenditures made through Chapter 70, the state’s primary program for funding local schools. The amendment directs that these new funds will first be used to cause every community to receive its “target aid” share, a minimum of 17.5% of a district’s foundation budget, and to remediate inequities between districts.

Even though problems with the current formula have been long recognized, it takes new funding to correct them while holding all districts harmless. Now new funding is on the table and we are taking advantage of a rare opportunity to do the right thing for our school districts.

Before we spend gaming revenue on new items, we need to make sure we respond to existing needs, problems and commitments. The passage of the amendment won’t solve all of our problems, but it moves us toward significant reforms.

A final vote took place on S.2015 yesterday by a vote of 24-14. The bill will likely proceed to a House/Senate conference committee for reconciliation with the House version of the bill.

Please tune in to “Broadside” tonight at 6:00pm on New England Cable News (NECN), where I’ll be discussing with host Jim Braude today’s Senate debate on expanded gaming, which passed today by a vote of 24-14. “Broadside” re-airs at 8:00pm and again at 3:30am.

Media Alert: On the Air with Fox 25 and The Jeff Katz Show

Tomorrow morning I will once again be a guest political analyst on the Fox 25 morning news segment Tolman and Gray. Boston City Councilor Michael Ross and I will be discussing the Occupy Boston Movement, expanded gaming in Massachusetts, and the latest turn of events with the Red Sox. Please tune in at approximately 7:15AM to watch tomorrow’s segment.

Shortly afterward, at 7:35AM I will be speaking with Jeff Katz of The Jeff Katz Show on Talk 1200AM Boston to discuss the latest information from Tuesday’s senate debate on expanded gaming. The senate plans to meet for a full formal on Thursday to continue that debate. Please tune in at approximately 7:35AM or by clicking here to listen to our lively discussion.

Sunday, September 18th was a beautiful sunny day on Cape Ann, ideally suited to Gloucester’s 17th annual Fish Box Derby. I was pleased to be a spectator for this year’s derby, which saw spirited and respectful competition among many participants.

The day showcased the innovation and creativity of the racers, their families and friends, and many local businesses that support individual race teams and the event itself. This great event on Rogers Street truly reflects the spirit of community in Gloucester and on Cape Ann.

Congratulations are in order for the competitors, their families and supporters, the many spectators who came to cheer them on, and a dedicated committee that makes it all happen every year. They include Barry Pett, a member of my staff who serves as a race official for the event, and Dan Conrad, and Rick Isaaics.

Please click here to learn more about the Gloucester Fish Box Derby, and here to view a recap of the derby on Good Morning Gloucester. Below are posted some of my photos from the derby. 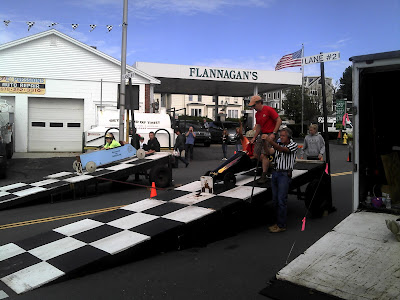 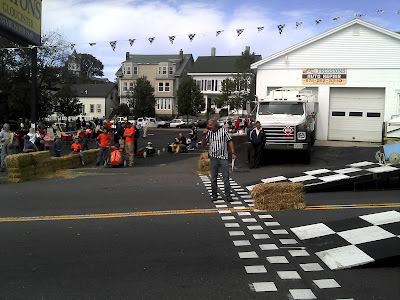 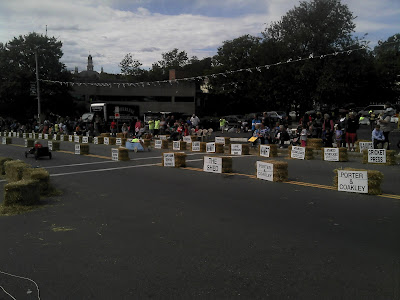 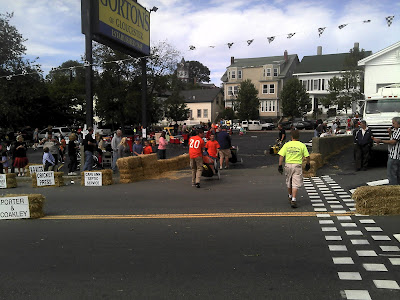 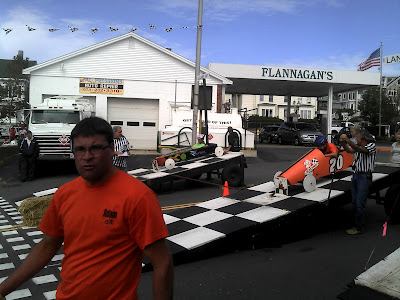 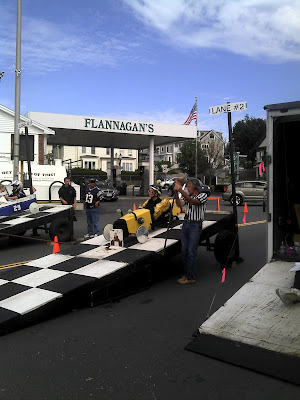 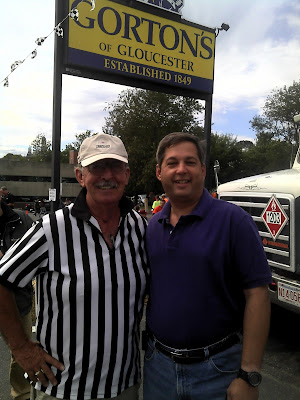 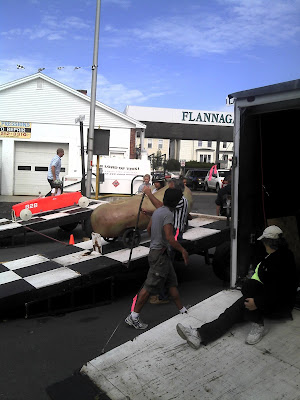 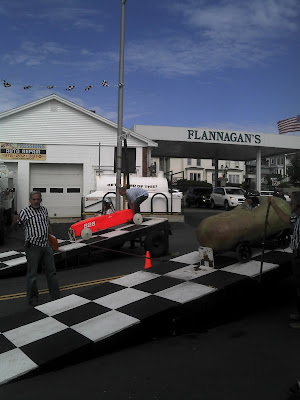 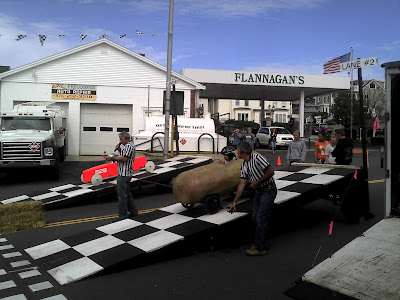 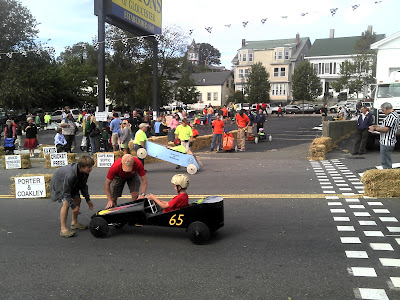 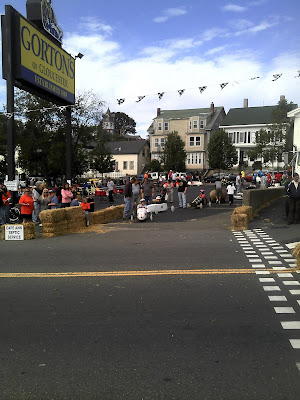 A key member of President Obama’s administration, Homeland Security Secretary Janet Napolitano, gave a speech on Wednesday at American University defending the need for the implementation of the federal fingerprint sharing program known as the Secure Communities Program. The program in Suffolk County, the only law enforcement jurisdiction in Massachusetts to have implemented Secure Communities, has thus far arrested and removed 201 convicted criminal illegal aliens.

I was pleased on Monday to welcome Newbury resident Rachel Welch, Miss Teen Massachusetts 2011, to the State House to recognize her for her accomplishments and representation of our Commonwealth. During her visit we had the opportunity to discuss many issues, including the challenges facing our state and our nation. Following our discussion I presented Rachel with an official Senate Citation honoring her success as Miss Teen Massachusetts.

Below are two photos of Rachel and me. The first is of me presenting Rachel with her Senate citation and the other is a picture of us on the balcony of the State House. Rachel will now travel to Disneyland in Anaheim, CA during Thanksgiving week to compete for the title of Miss Teen USA. 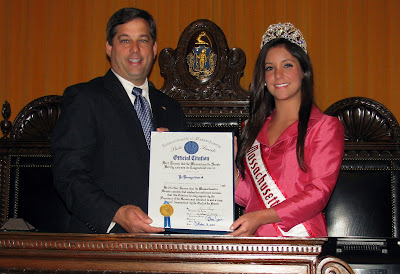 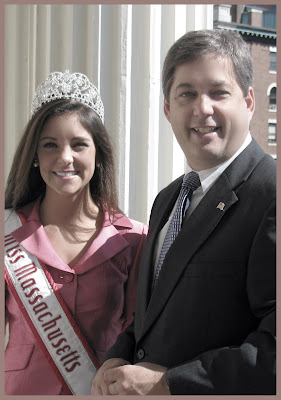 Shedding Light on the Oversight of the Fishing Industry

Undersecretary of Commerce for Oceans and Atmosphere Jane Lubchenco provided testimony and was questioned by the panel, which also included Massachusetts Representatives John Tierney, Barney Frank and William Keating, on the agency’s stance on catch limits, catch shares, enforcement tactics, and abuse of powers. Other thoughtful testimony was received from University of Massachusetts Dartmouth marine scientist Brian Rothschild, and Director Paul Diodati of the Massachusetts Division of Marine Fisheries.

The hearing represented an important step in correcting significant problems with the federal management of fisheries in the Northeast, with a focus on groundfish.

Please tune in to tonight’s evening news broadcasts to see highlights of the hearing. Below are some photos taken at today’s hearing. 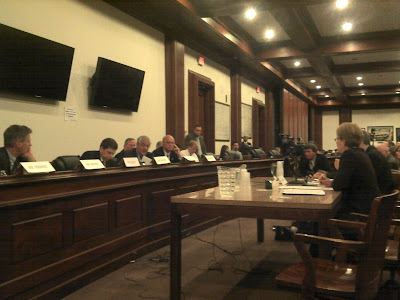 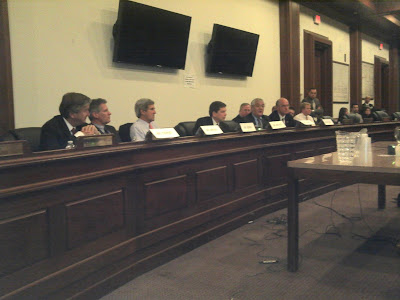 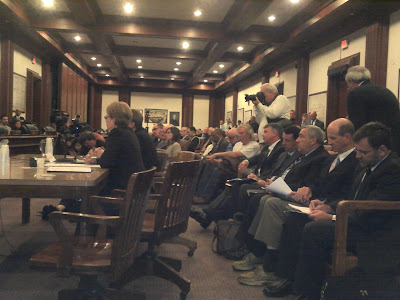