Celebrating St. Patrick’s Day with a Cause

On Friday, I had the honor of participating in the Link House’s 13th Annual St. Patrick’s Day Fundraiser.  It was an event filled with traditional Irish fare, great music, wonderful conversations, and good-humored jokes.  The event, which started at 11:00AM and was held at the Masonic Temple in Newburyport, was extremely well attended, and I had a great time addressing the crowd.


The Link House provides residential programs in Salisbury, Newburyport, Amesbury, and Gloucester for men and women who struggle with drug and alcohol addictions, and was first founded in 1972.  It has truly made a difference in those communities and in the lives of the thousands of men and women it has served.  I was glad to assist in this great cause.


To learn more about the Link House, please click here.  Posted are a few photos that I was able to capture during the event. 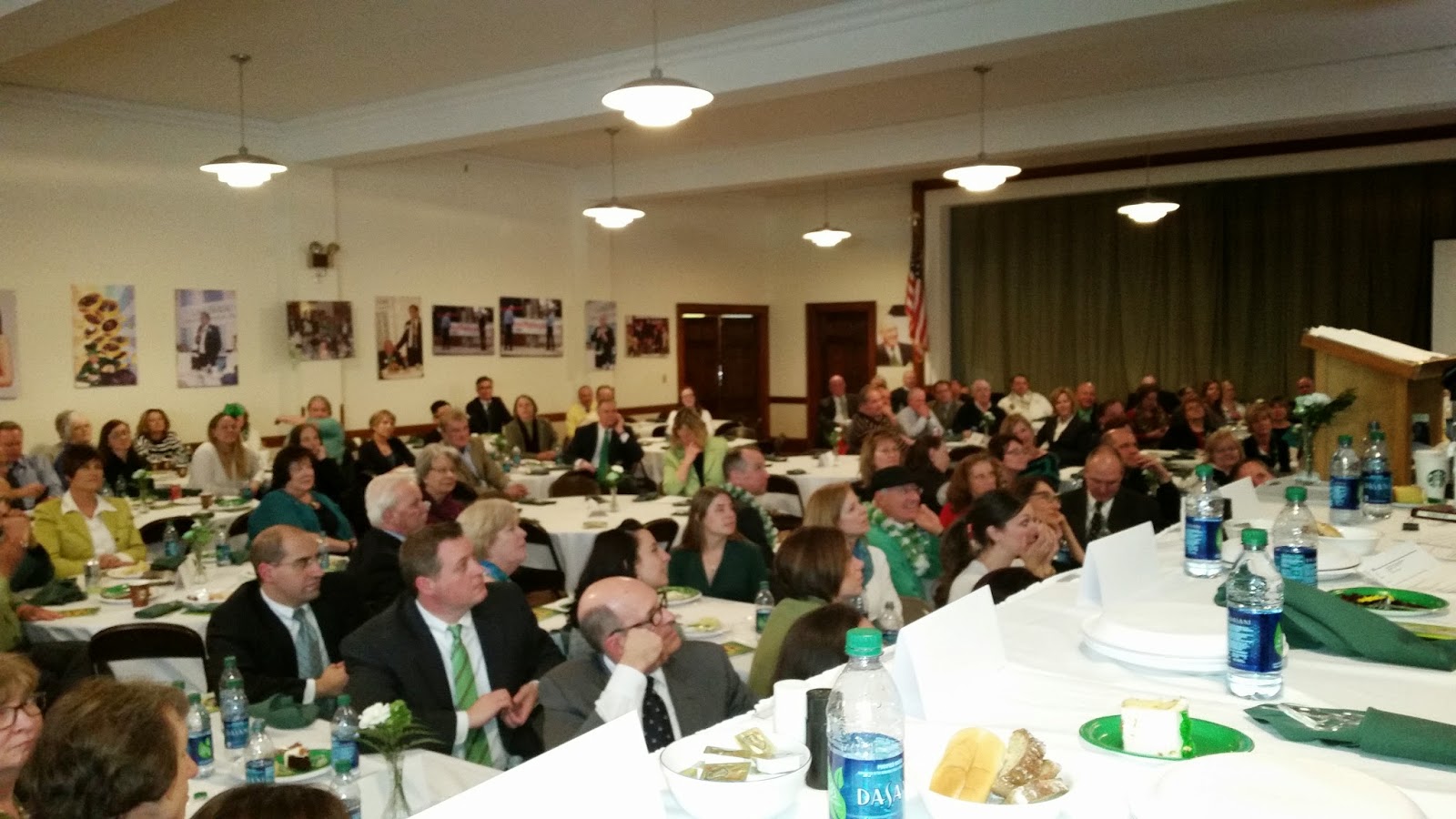 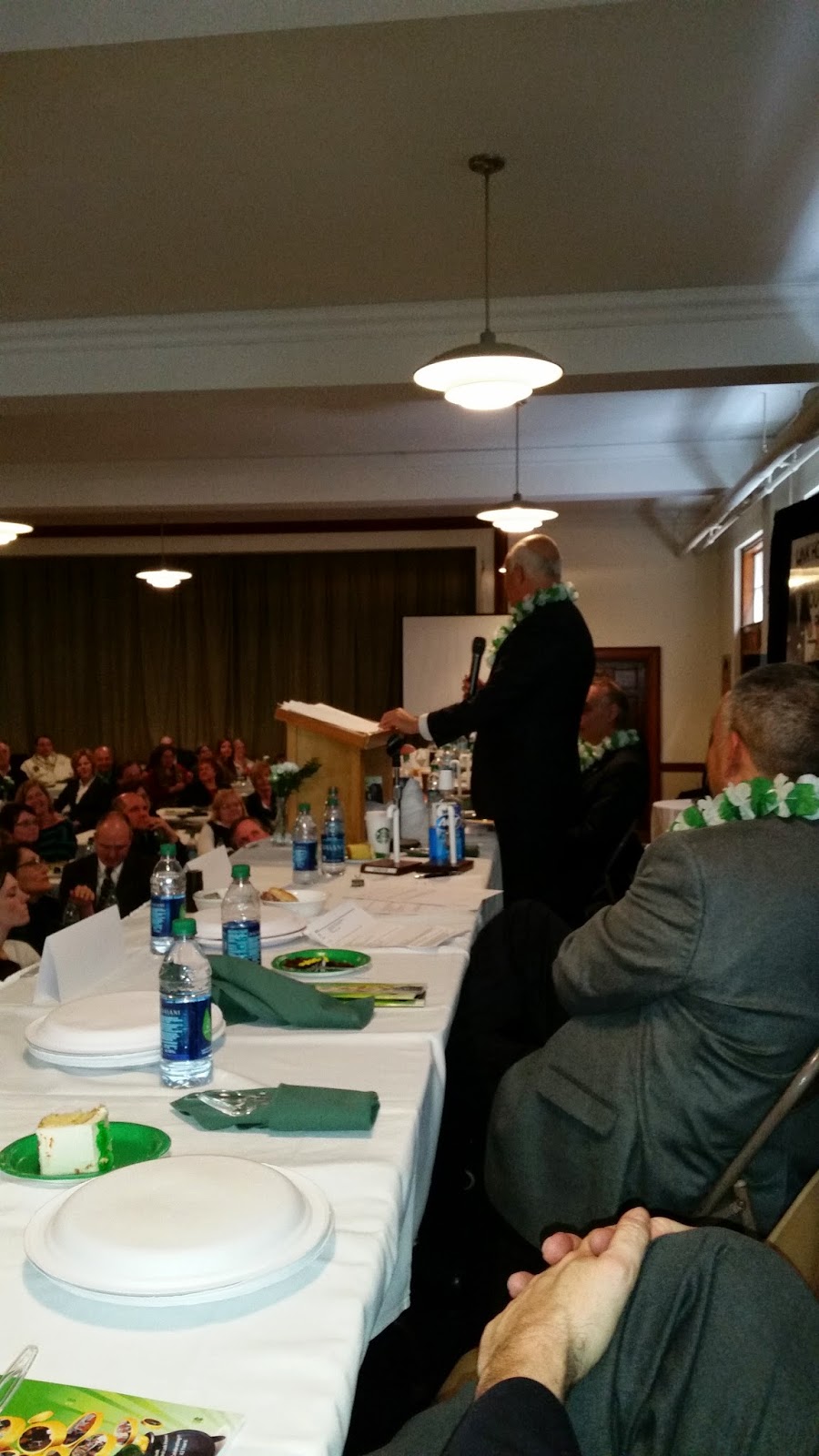 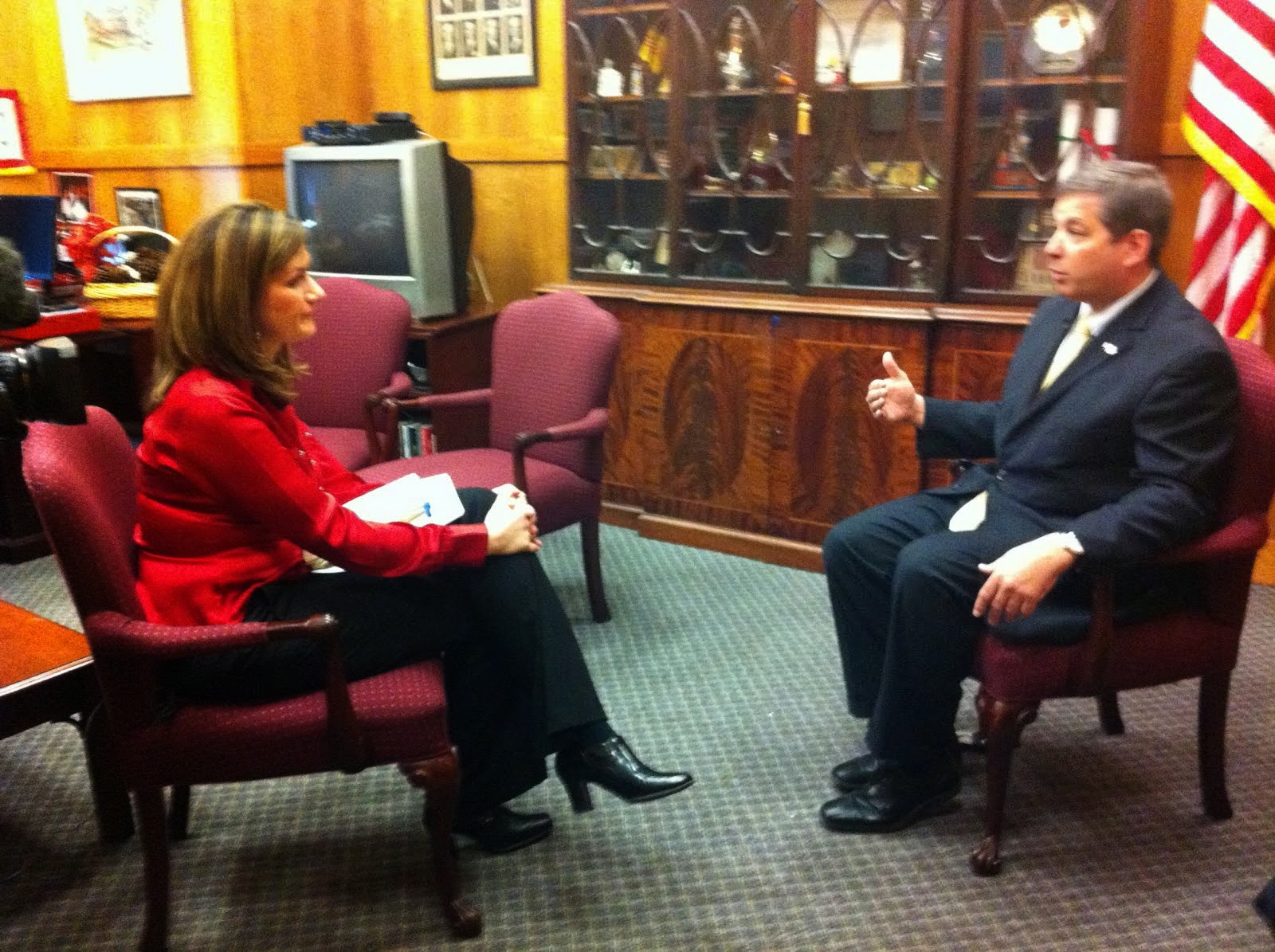 Today I was interviewed by Fox 25 News Reporter Sharman Sacchetti regarding an amendment that the Senate Republican Caucus secured in the Senate’s version of a supplemental budget that will require the Sex Offender Registry Board to revise its regulations.  Unfortunately, due to the inappropriate application of factors used for classification criteria and other actions, the Massachusetts Supreme Judicial Court and Court of Appeals has reversed and remanded several decisions made by the Sex Offender Registry Board


Please tune in to Fox 25’s evening broadcast to see my interview regarding this very serious public safety issue.

On the Air with WGBH’s Greater Boston

Last night I had the opportunity to take part in a panel discussion on WGBH’s Greater Boston with host Jim Braude.  I was joined by former New Bedford Mayor Scott Lang and Boston Globe business columnist Shirley Leung, where we discussed the upcoming presidential campaign and the effects the new minimum wage law has had on Massachusetts.

Tonight at 7:00pm, I will be a featured guest on WGBH’s Greater Boston with new host Jim Braude.  I will be discussing with Jim and former New Bedford Mayor Scott Lang the effects of raising the minimum wage has had on the Massachusetts economy, and the latest news regarding the presidential race.

Gov on the T Day 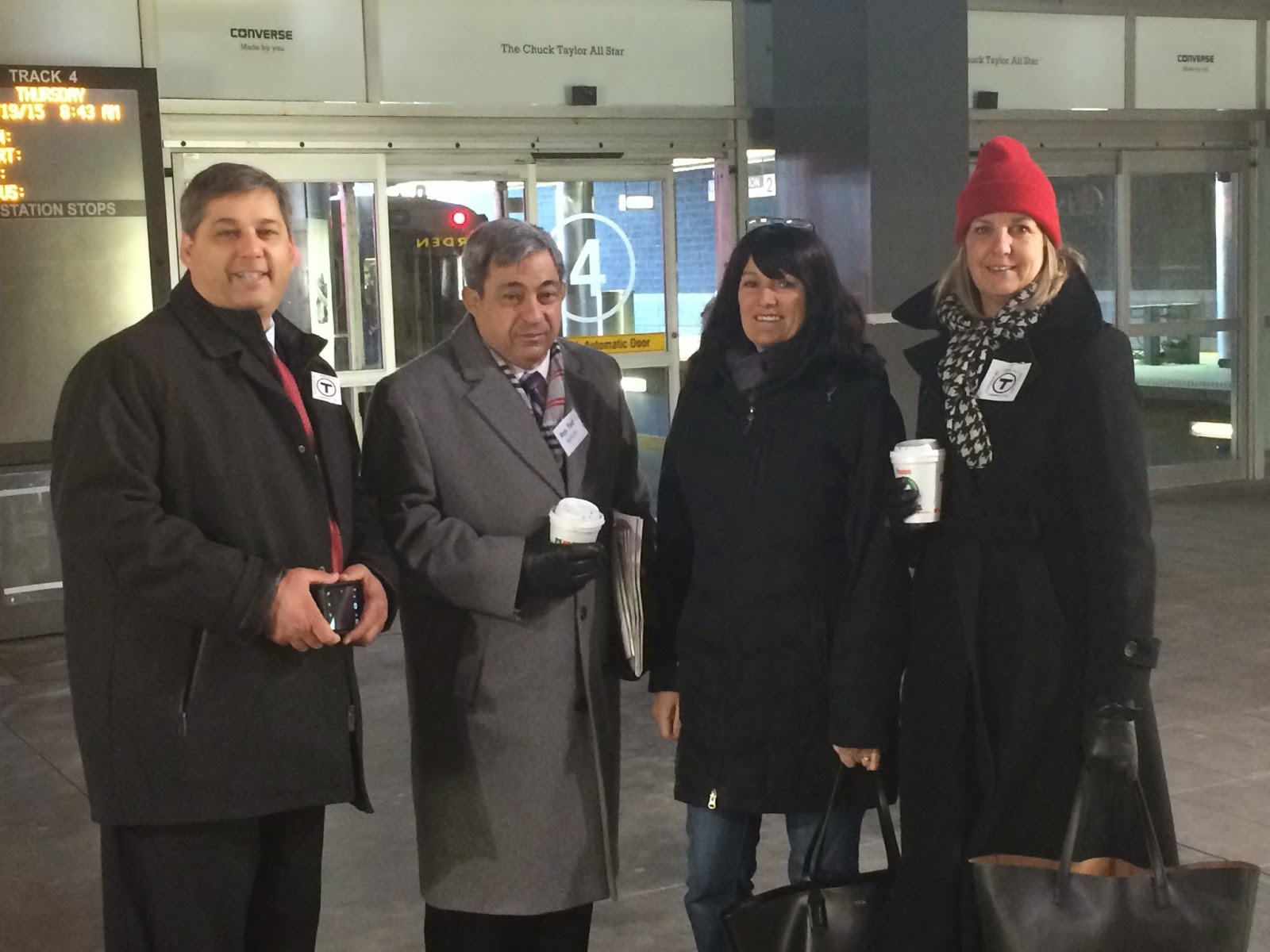 Yesterday, I joined with several of my colleagues in the legislature to take an hour long commute from West Gloucester Station to North Station in Boston on the commuter rail to experience firsthand the issues so many commuters face every day.  It provided me with an excellent opportunity to speak directly with riders from our region about the frustrations they felt during this past winter’s historic snowfall totals, which caused major delays and cancellations.


During my commute in, I also had the opportunity to also share the details of bill that the Senate Republican Caucus filed last month that would provide the MBTA and commuter rail service vital tools to assist the agency in achieving financial stability.  The bipartisan, bicameral bill creates a fiscal recovery trust fund, requires the Secretary of Administration and Finance to identify funds to assist the MBTA, and creates a new seven member MBTA finance control board that could ultimately be dissolved in favor of a receiver that would take over the board’s responsibilities as a last resort if sufficient progress hadn’t been made.


The responsibilities of the MBTA finance control board/receiver include:


•             Implementing uniform budget and planning guidelines and procedures for all departments;


•             Executing capital budgets and borrowing authorizations to finance or refinance any debt;


•             Developing a long range plan for MBTA financial and structural sustainability; and


•             Requiring the filing of a quarterly report to the House and Senate Committees on Ways and Means detailing how any expended loan funds were used in the past quarter.

With me in the pictures posted is Senator Joan Lovely of Salem and Representative Ted Speliotis of Danvers.  To read a report in today’s Gloucester Daily Times regarding Gov on the T day, please click here. 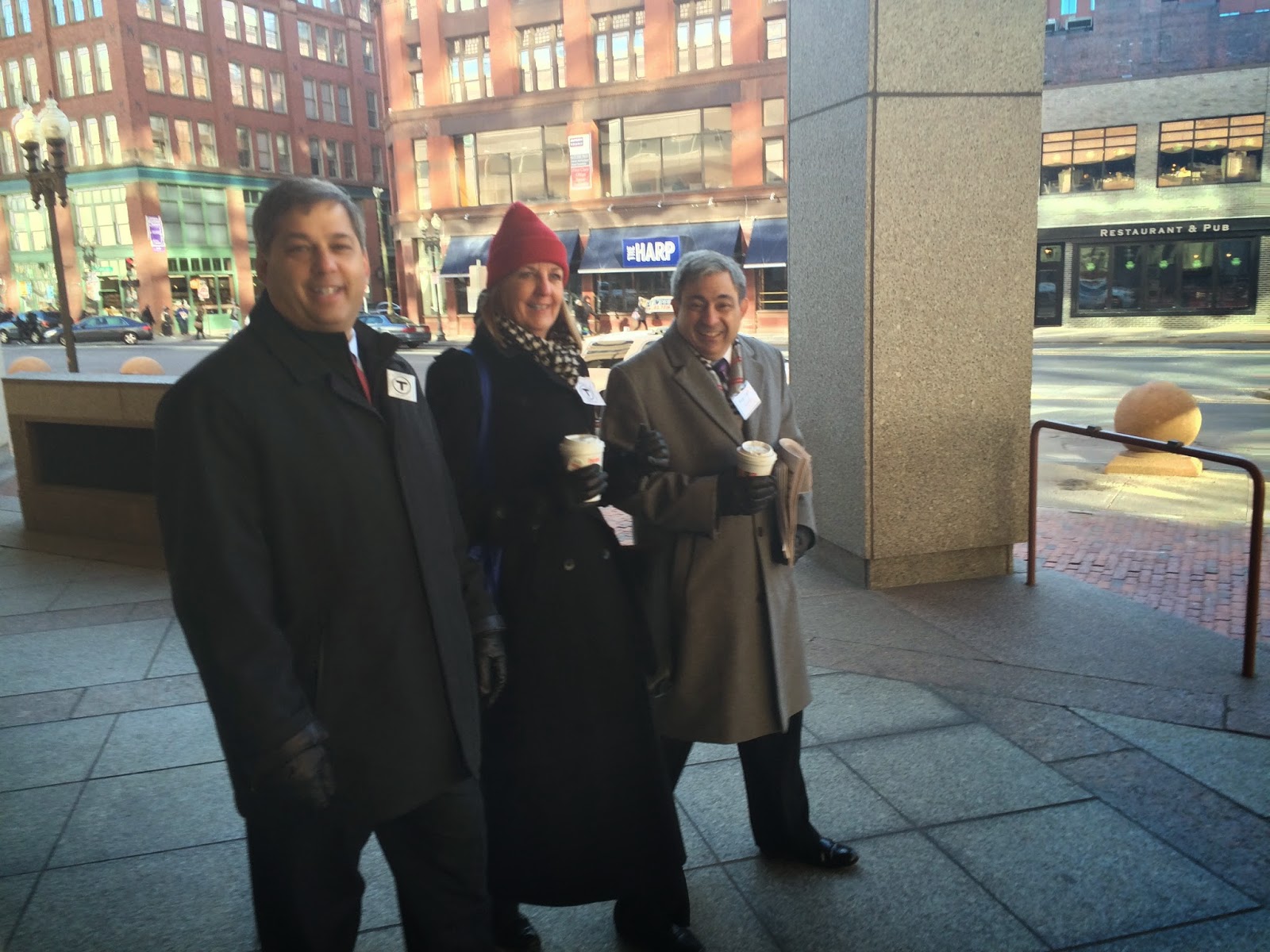 
Boston – With the Massachusetts Supreme Judicial Court and Court of Appeals reversing and remanding decisions made by the Sex Offender Registry Board due to inappropriate application of factors used for classification criteria and other actions, the Senate Republican Caucus secured an amendment to a supplemental budget debated during yesterday’s Senate session that would require the agency to revise its regulations within 60 days of the bill’s passage.


Recognizing the immediate threat to public safety of remanded and reversed classifications, Senate Minority Leader Bruce Tarr (R-Gloucester), Assistant Minority Leader Robert Hedlund (R-Weymouth), Assistant Minority Leader Richard Ross (R-Wrentham), Senate Minority Whip Donald Humason (R-Westfield), Assistant Minority Whip Ryan Fattman (R-Webster) and Vinny deMacedo (R-Plymouth) the Ranking Republican on the Senate Committee on Ways and Means, filed the measure to compel the agency to fix the impermissible regulations.  Absent the changes being sought in the amendment, the registry could continue to make classification decisions that are remanded or overturned, resulting in many sex offenders not being required to register until their cases were properly resolved.  The changes in regulations sought by the amendment should prevent or minimize that result.


“Public safety depends on timely and accurate classification of sex offenders, and having cases repeatedly overturned undermines those goals,” said Senator Tarr.  “Having regulations that can withstand judicial scrutiny will go a long way toward preventing unnecessary delays and disruption of timely classifications and registrations.”


The bill now goes back to the House of Representatives for further consideration.

On Tuesday, State Representative Brad Hill and I hosted our annual Saint Patrick’s Day luncheon for seniors at the Ipswich Council on Aging.  We had a great time serving traditional Irish fare, listening to wonderful music, and partaking in great conversations.


I want to thank the staff and volunteers at the Ipswich Council on Aging, especially Director Sheila Taylor, for coordinating the luncheon.  It was a festive occasion that brought out the Irish in all of us!


Posted below are several photos that were captured by Rep. Hill’s office during Tuesday’s luncheon. 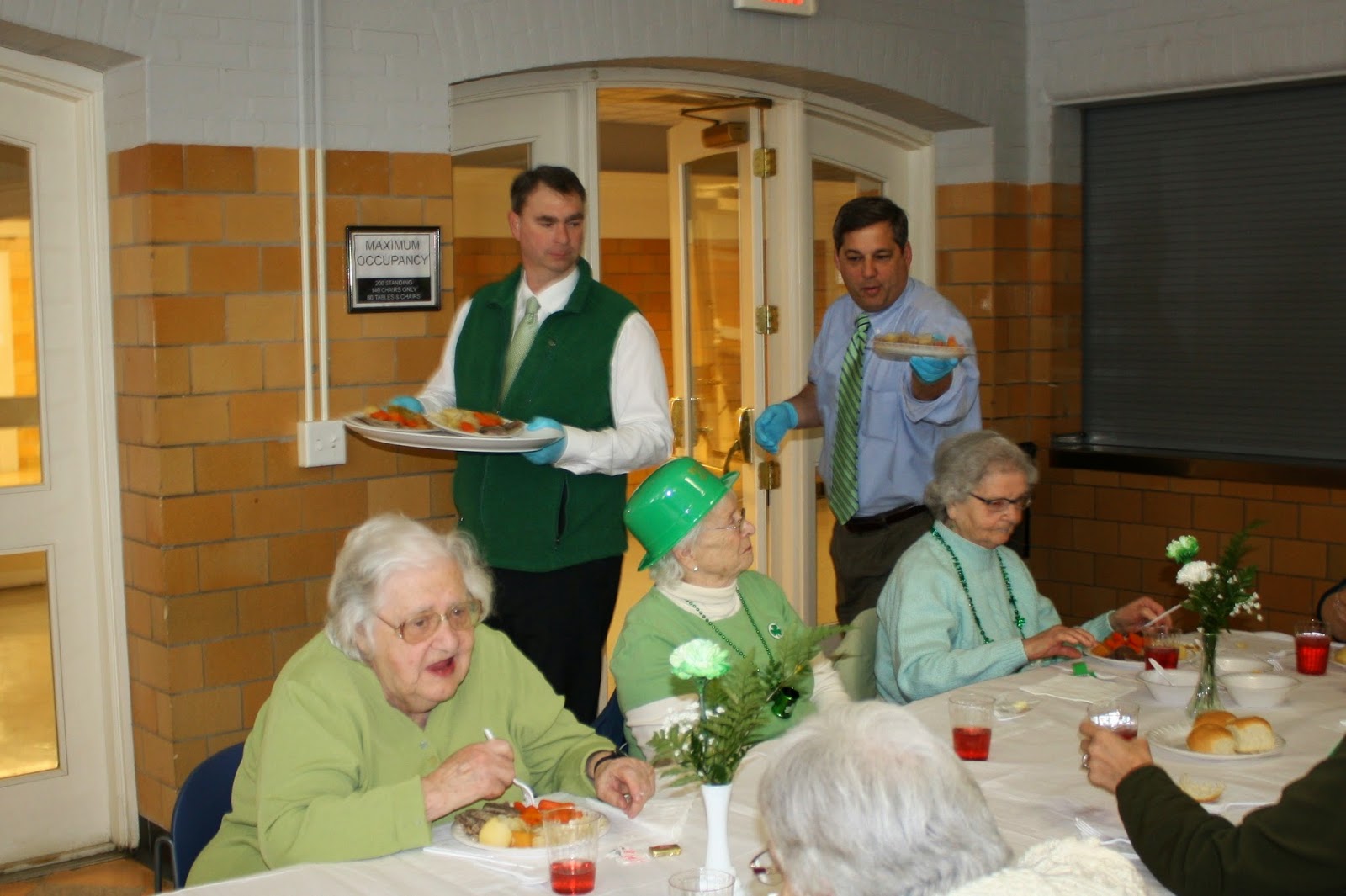 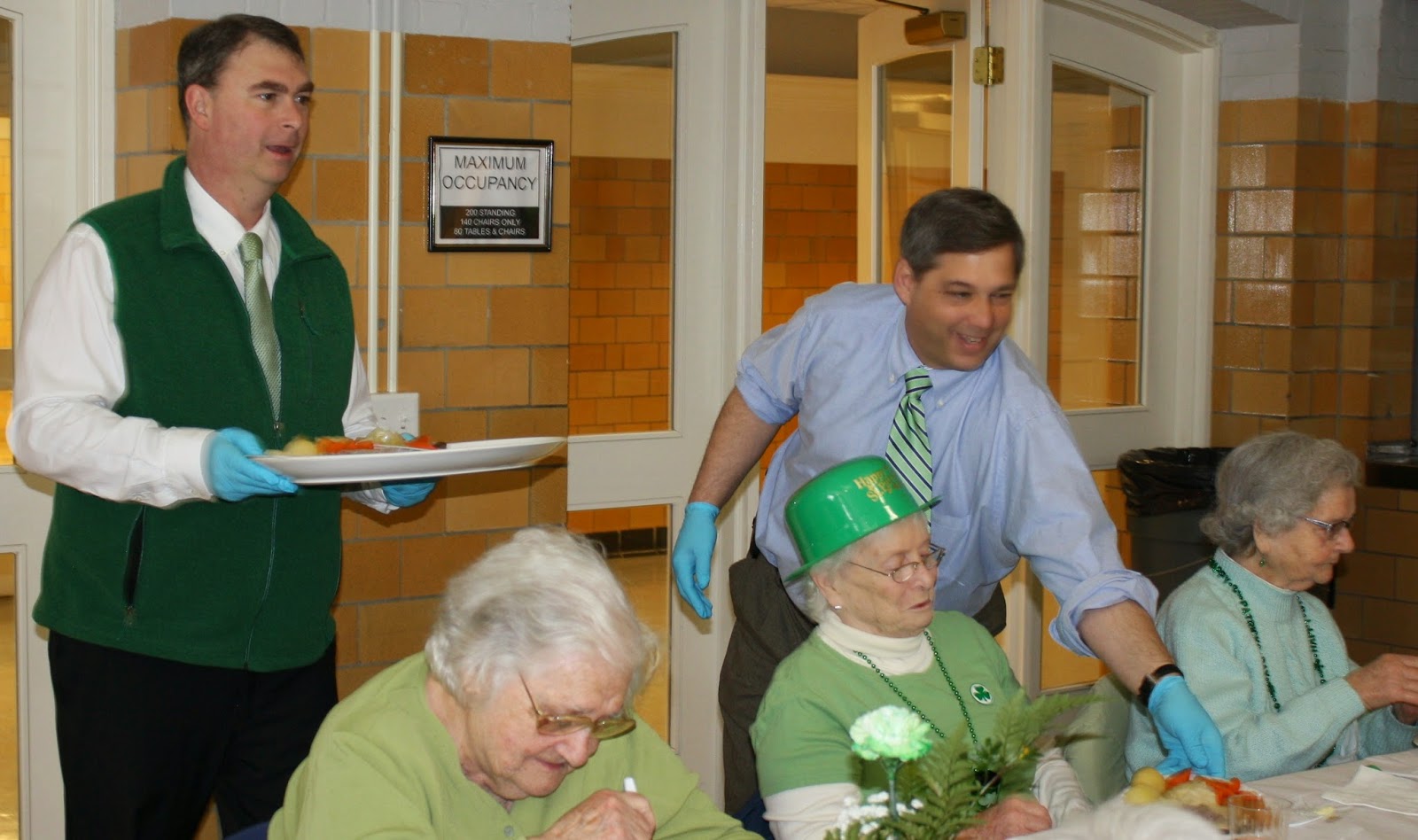 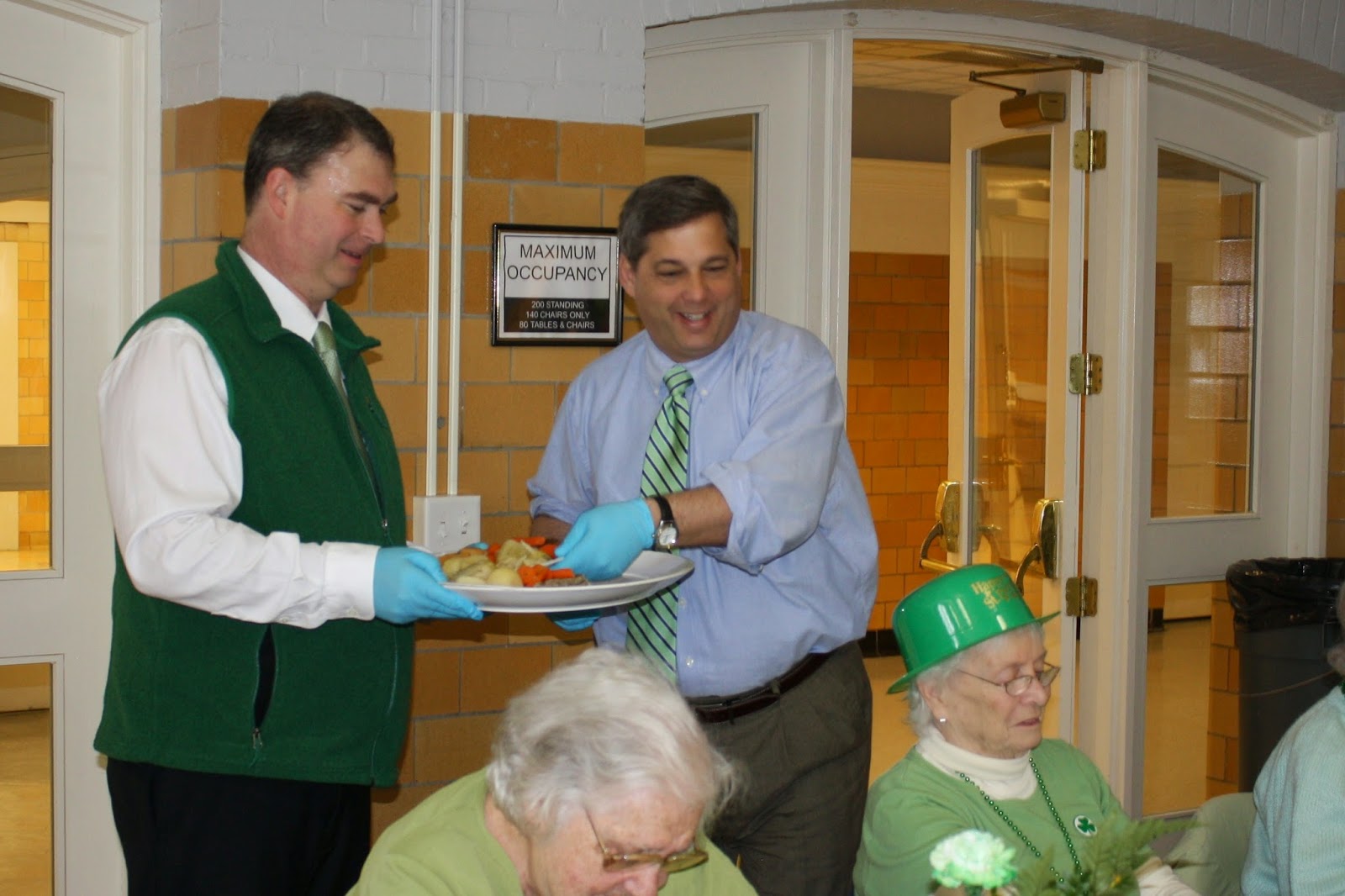 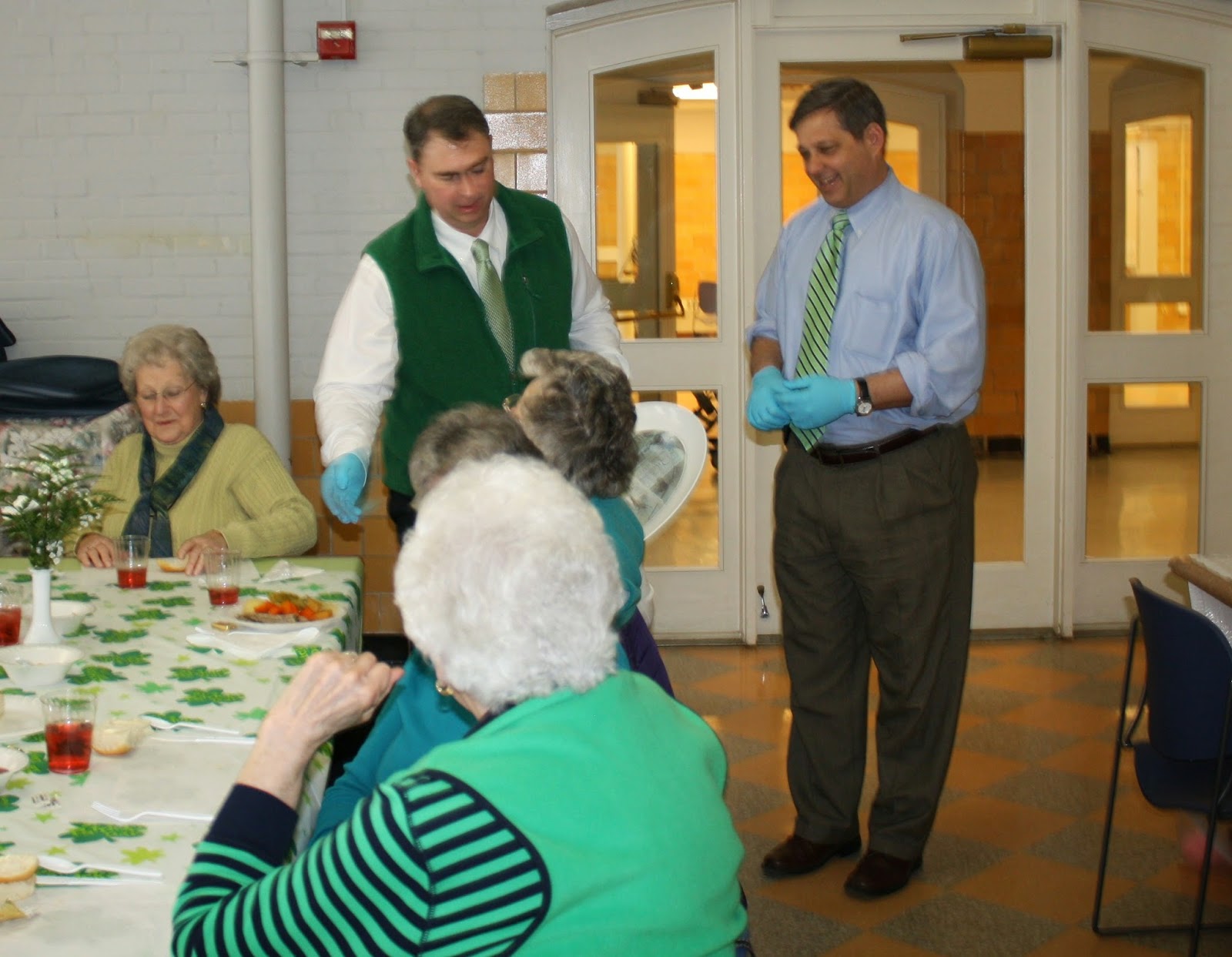 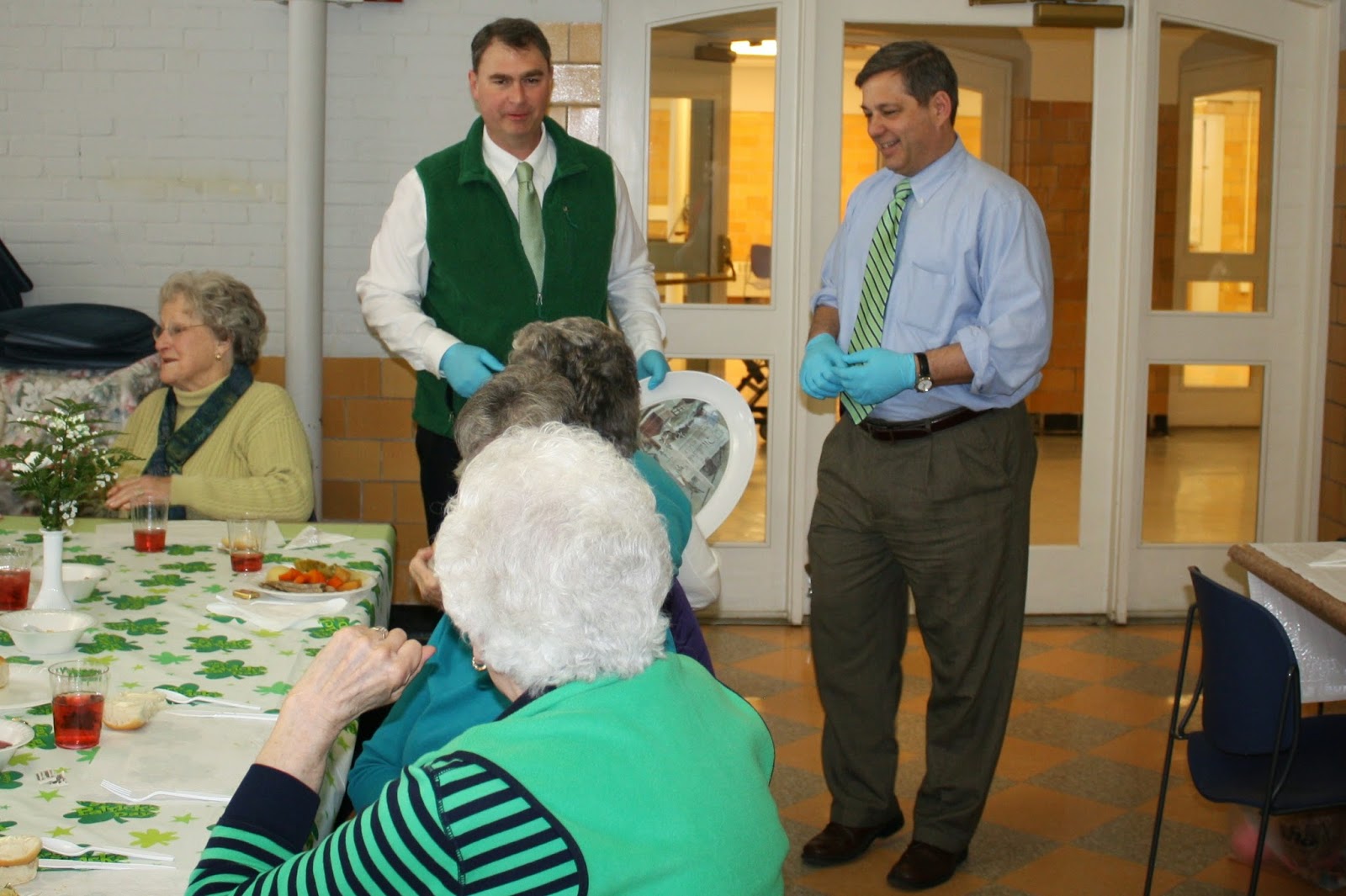 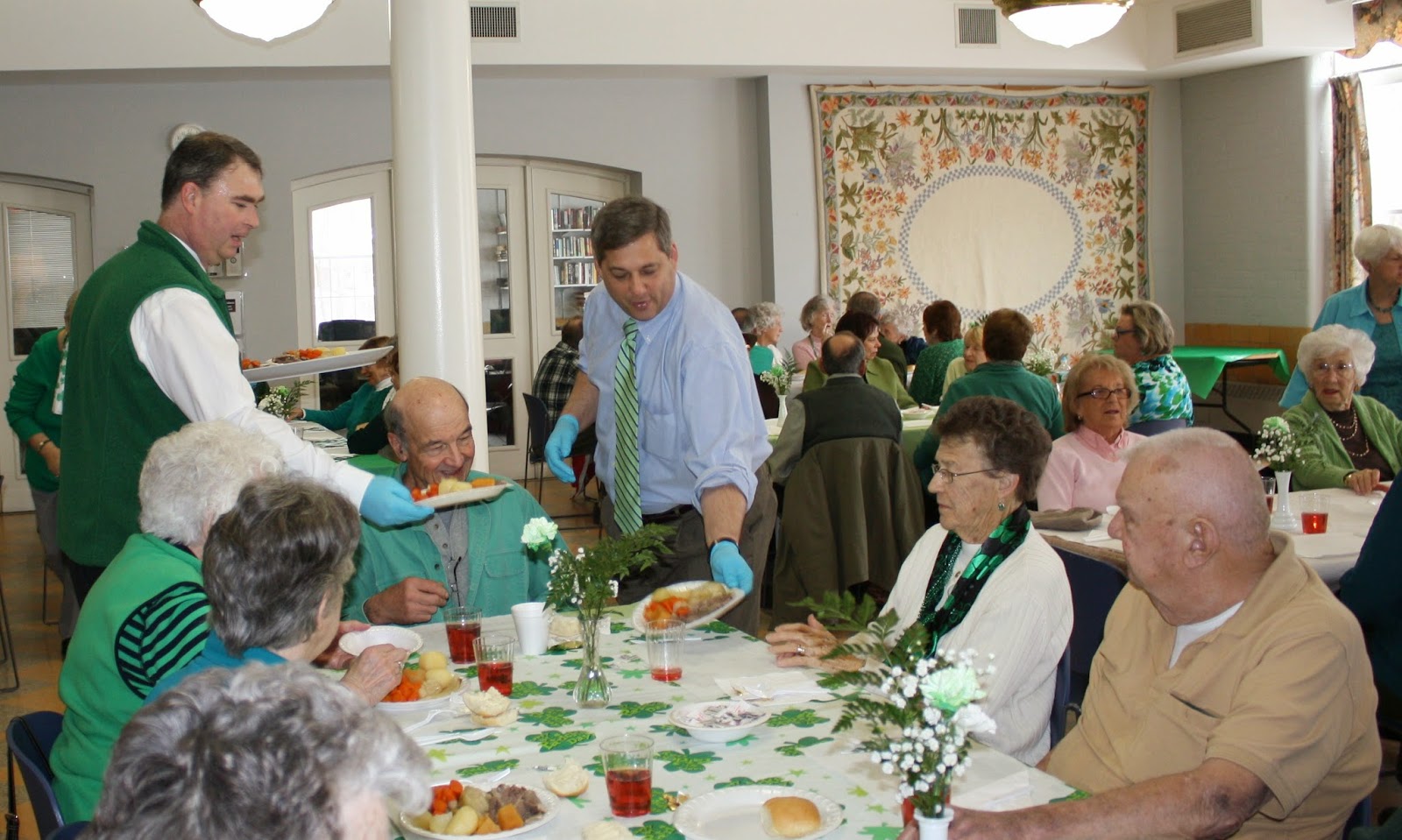 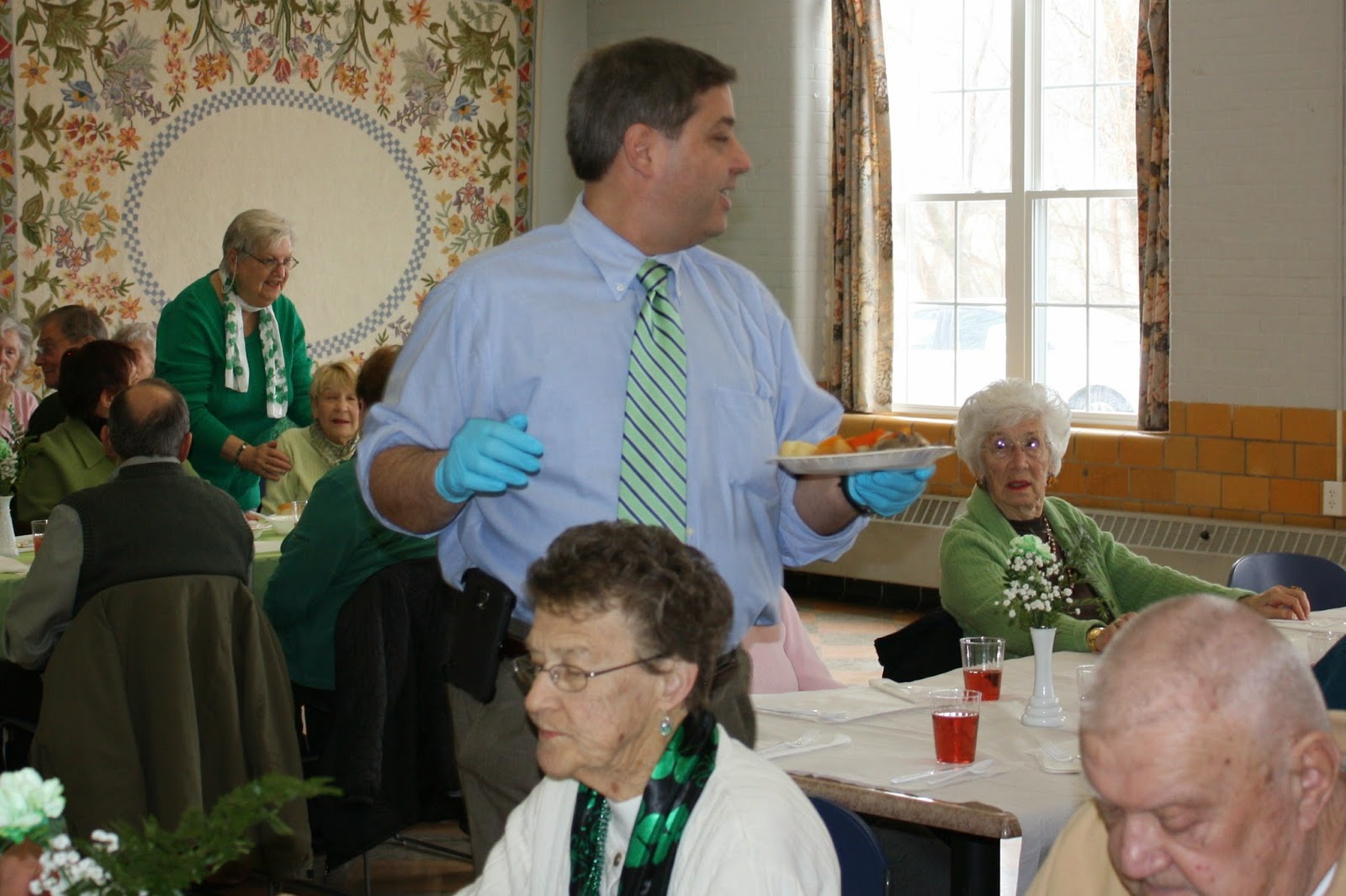 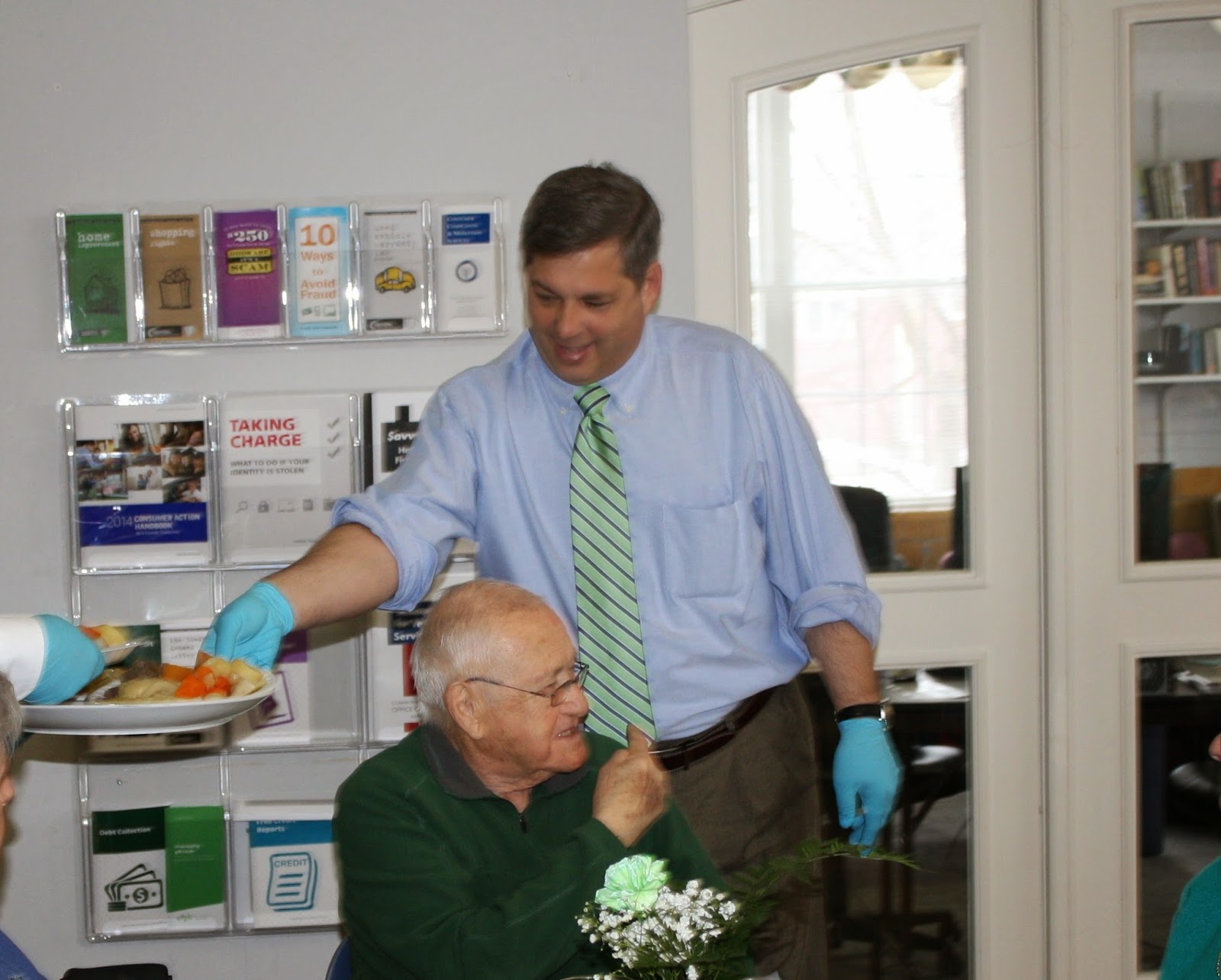 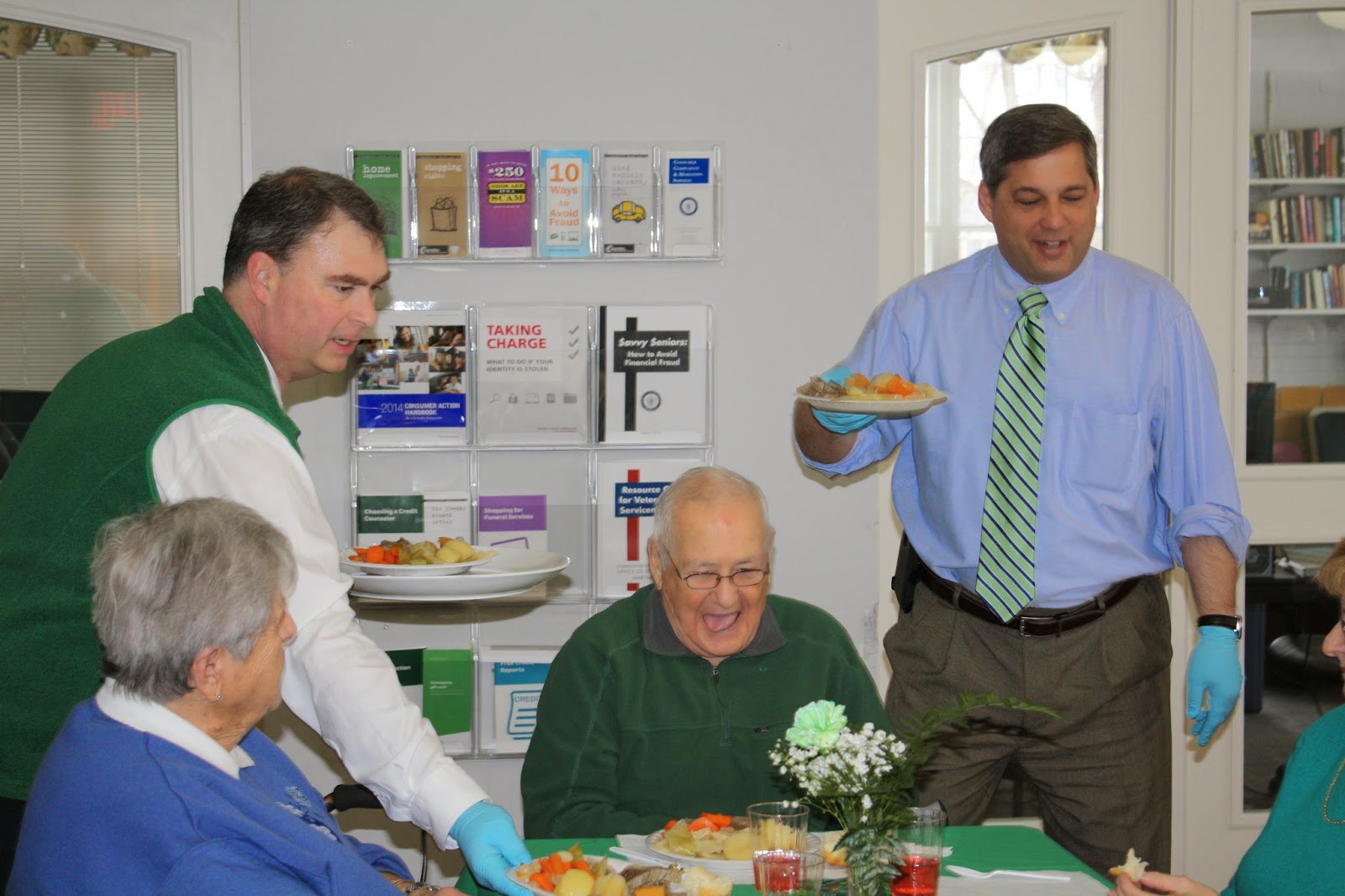 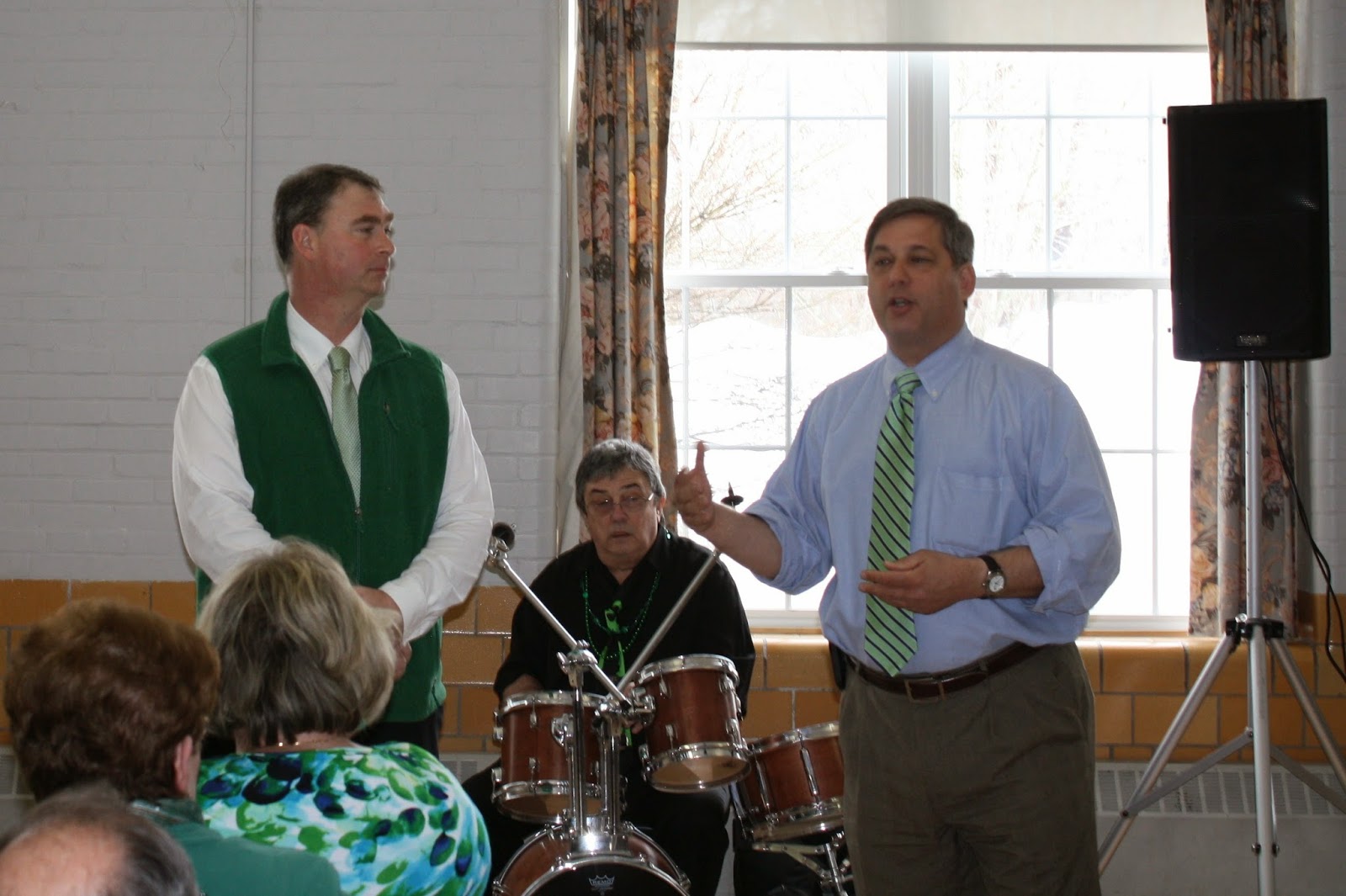 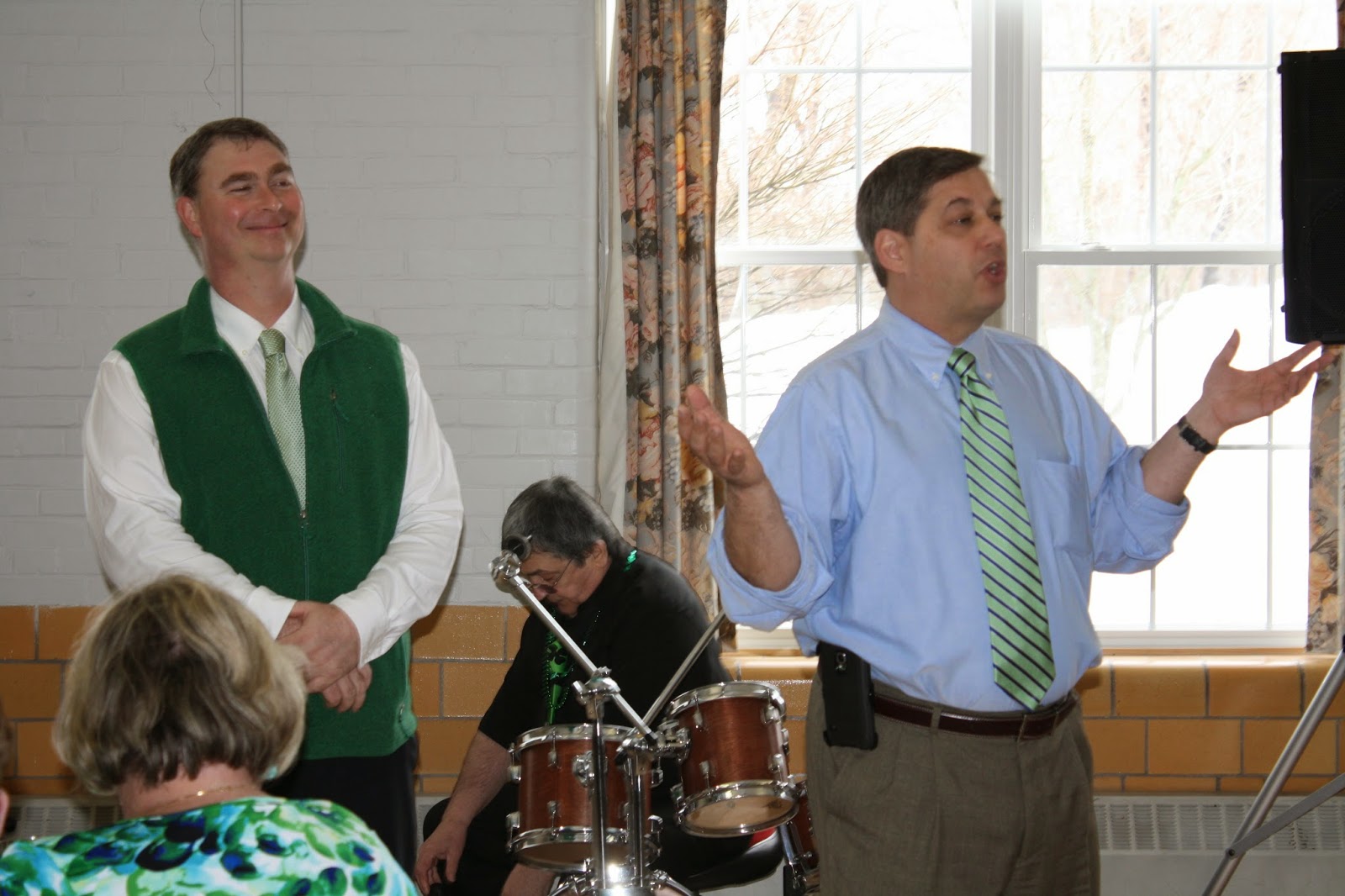 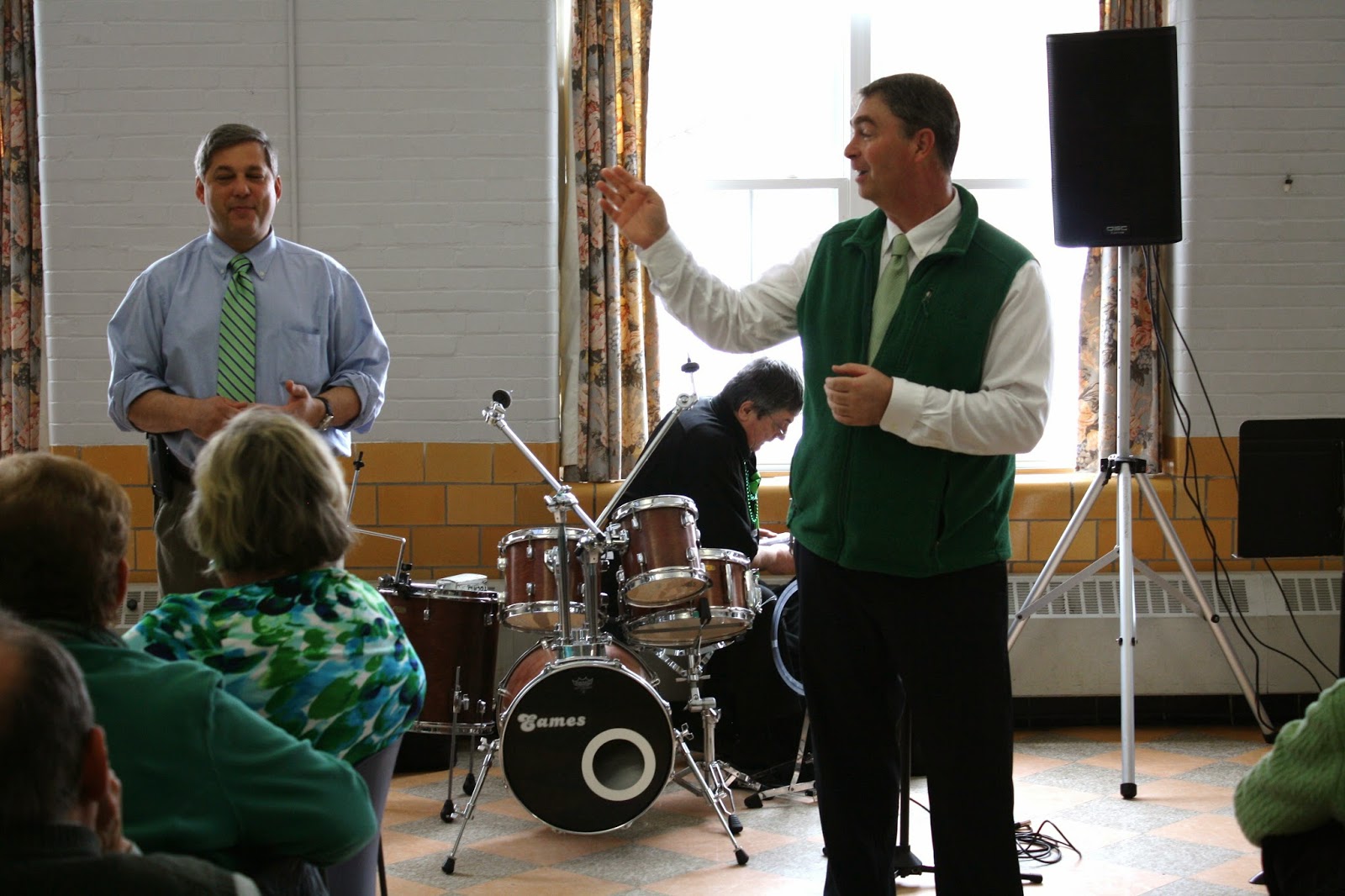 Supporting a Great Cause

On Saturday, March 7th, the Gloucester High School Docksiders held their 9th annual wine tasting concert at the Gloucester House Restaurant, and I was honored to have been provided the opportunity to participate in the festivities yet again.  The turnout was amazing, with people from all over Cape Ann enjoying delicious food, excellent conversations, and best of all, incredible music provided by the Docksiders.  Halfway through the night I became the auctioneer, where I was able to assist in raising additional funds for the organization by auctioning off several gift baskets.
The Docksiders are led by GHS Music Director Dave Adams and Assistant Music Director David DiPietro, who have remained dedicated to teaching students the beauty of music while assisting them in refining their craft. For 11 years the Docksiders have been delighting audiences with their special brand of stage band music.  The proceeds collected at this past Saturday’s event will be going towards their upcoming trip to perform in front of thousands of people at the Walt Disney Resort in Orlando.
Posted below are several photos that I was able to capture during the event.  To learn more about the Docksiders, please click here to visit their Facebook page. 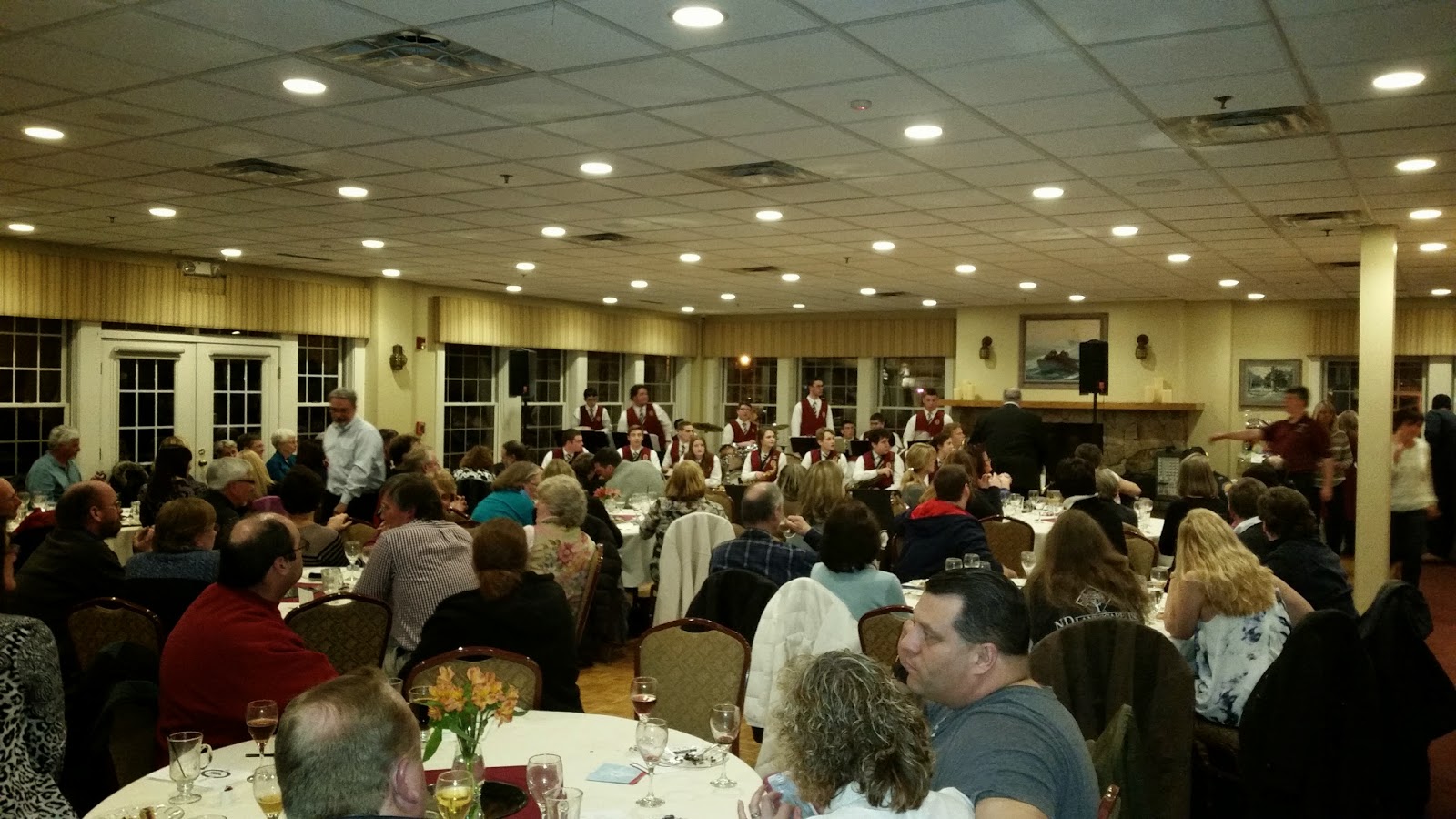 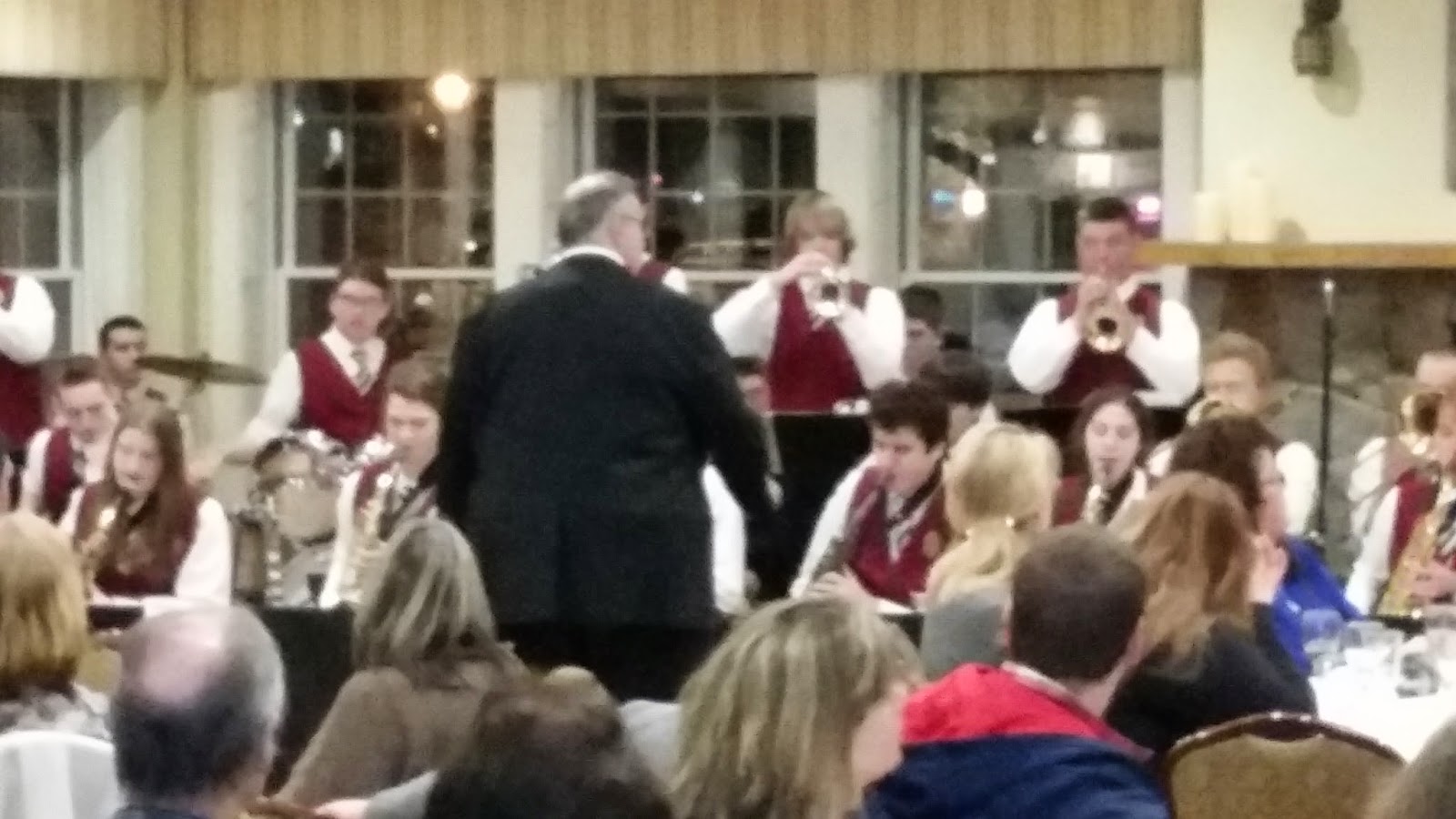 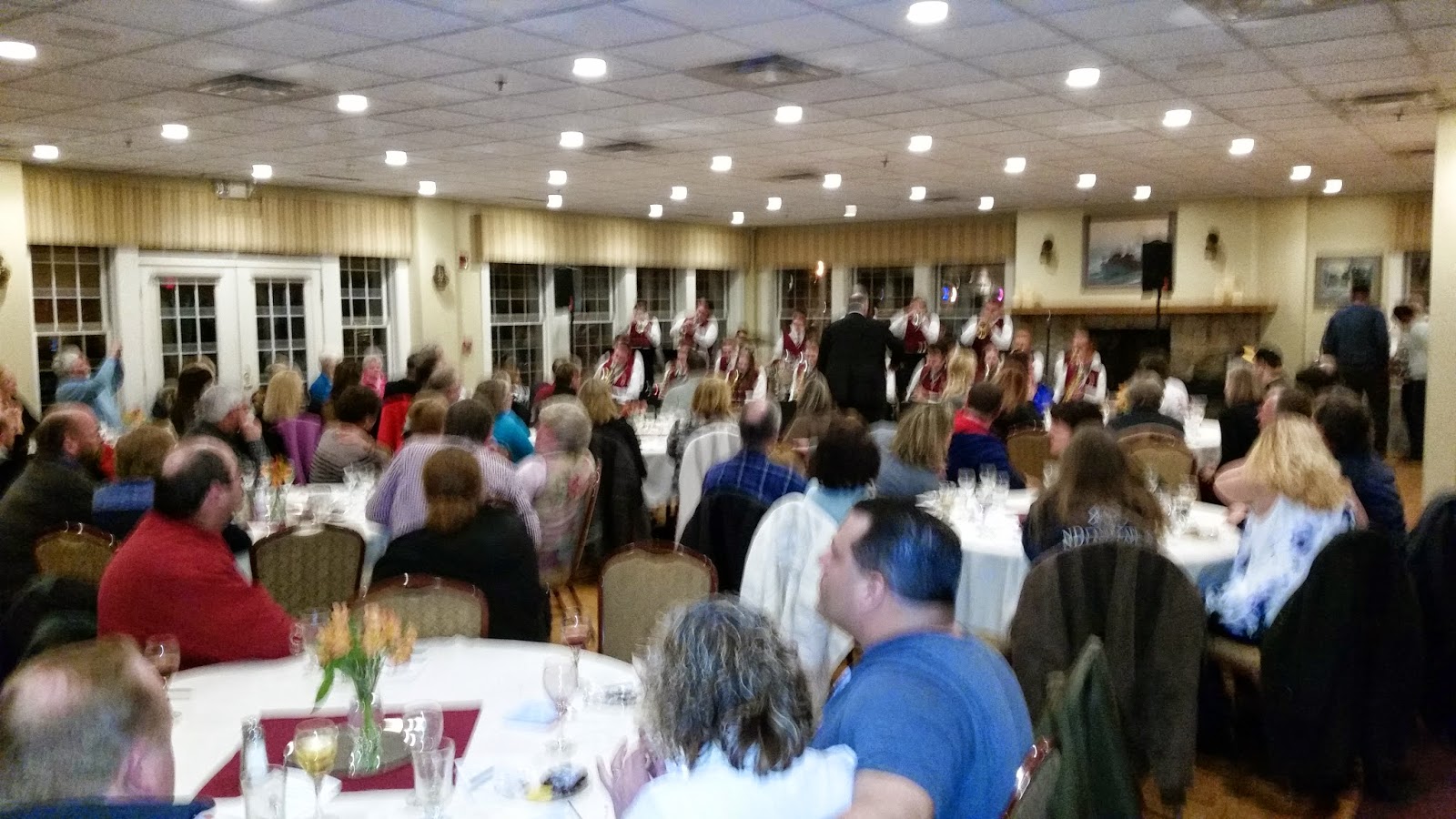 Last week Governor Baker released his version of the FY’16 state fiscal budget, which offers a glimpse of many of his priorities as governor. Governor Baker’s plan comes at a difficult time with the Commonwealth facing a $1.8 billion budget shortfall.

His budget calls for the doubling of the state’s earned income tax credit to provide an economic boost to certain low-income individuals (the Senate Republican Caucus has been advocating for a similar measure for the past few years).


The Governor’s budget also increases two major accounts; transportation and local aid, with the MBTA receiving a $64.5 million increase to assist with the many issues that were exposed during this winter.


Governor Baker’s budget is a commonsense, straight forward plan that avoids raising any broad-based taxes. It’s an excellent first step in the legislative process of passing a state fiscal budget, which must be signed into law prior to July 1st. In April the House will begin debate of its version of the spending bill, and in May the Senate will debate its version.


To review the Governor’s budget proposal, please click here to be directed to the administration’s FY’16 budget page. 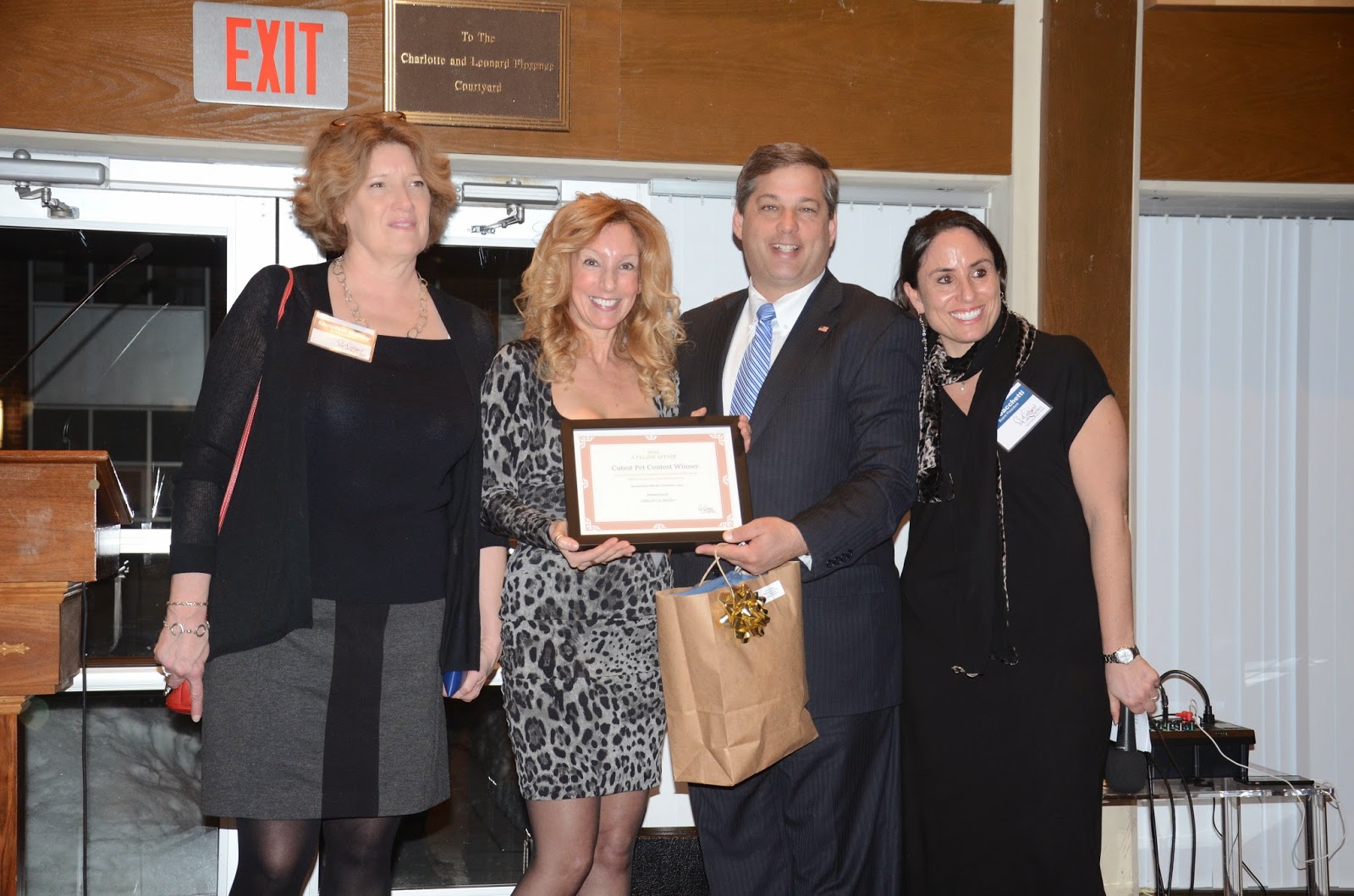 On Saturday, February 28th, I had the honor of attending the 2015 Feline Affair Silent and Live Auction Gala hosted by the Ellen M. Gifford Cat Shelter.  During the gala I received an award that recognized me for dedication in fighting to end cruelty against animals and for sponsoring the PAWS Act.  The event provided a great opportunity for me to speak with animal lovers in a wonderful social setting dedicated to an important cause.

Immediately following the tragic case of Puppy Doe, a female pit bull who was found badly beaten in a Quincy park, I filed an Act Protecting Animal Welfare and Safety, AKA the PAWS Act, which garnered a tremendous amount of support from legislators and the general public.  The tragic death of Puppy Doe galvanized the efforts to decrease animal cruelty by addressing the Commonwealth’s antiquated animal cruelty laws, some of which dated as far back as the 19th and 20th centuries.

The Ellen M. Gifford Cat Shelter and its members were instrumental in the legislative process and due to their assistance and the assistance of others, portions of the PAWS Act is now law.  To learn more about the PAWS Act, please click here.

Posted are a few photos captured by the Ellen M. Gifford Cat Shelter during the event. 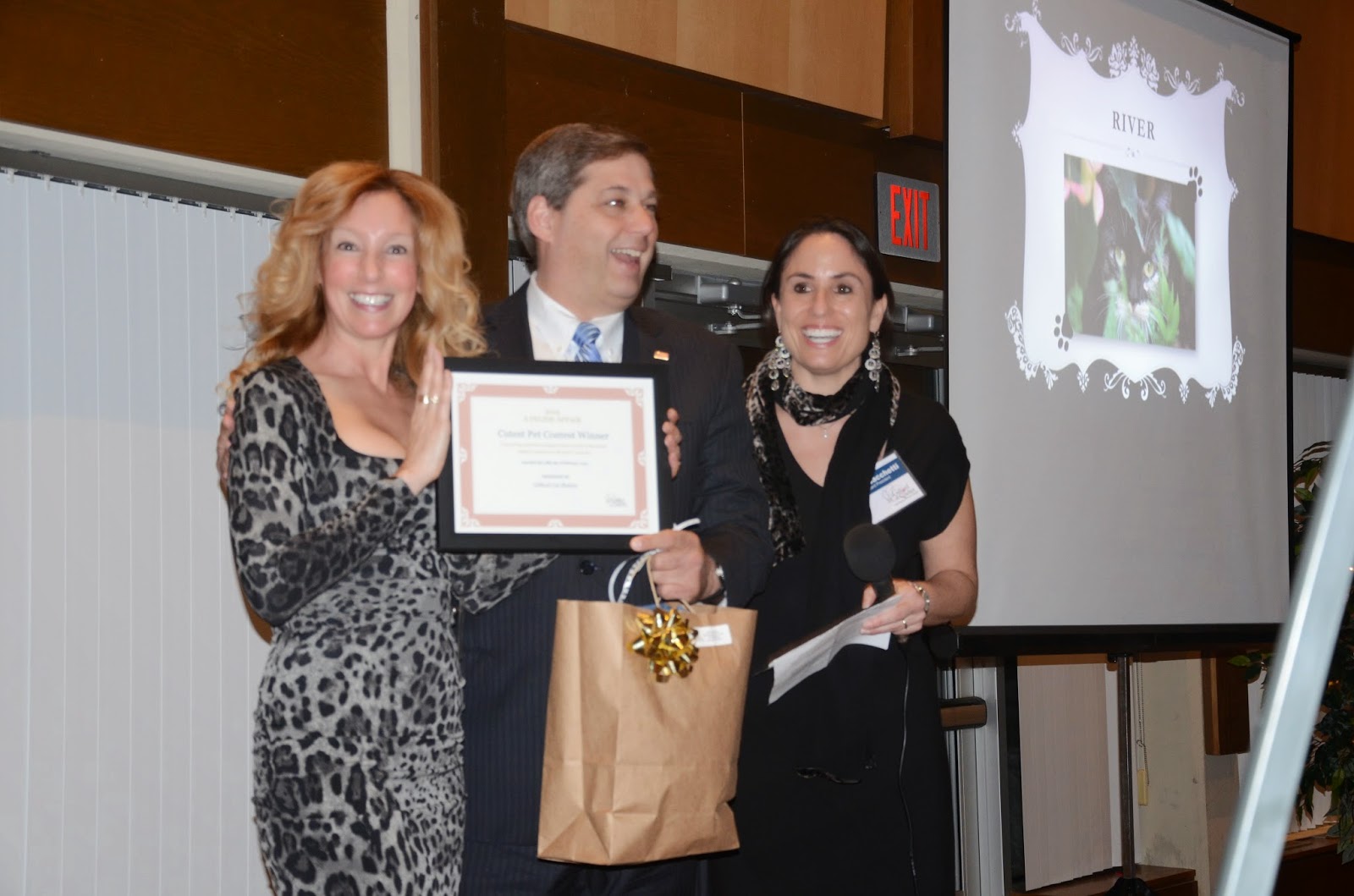 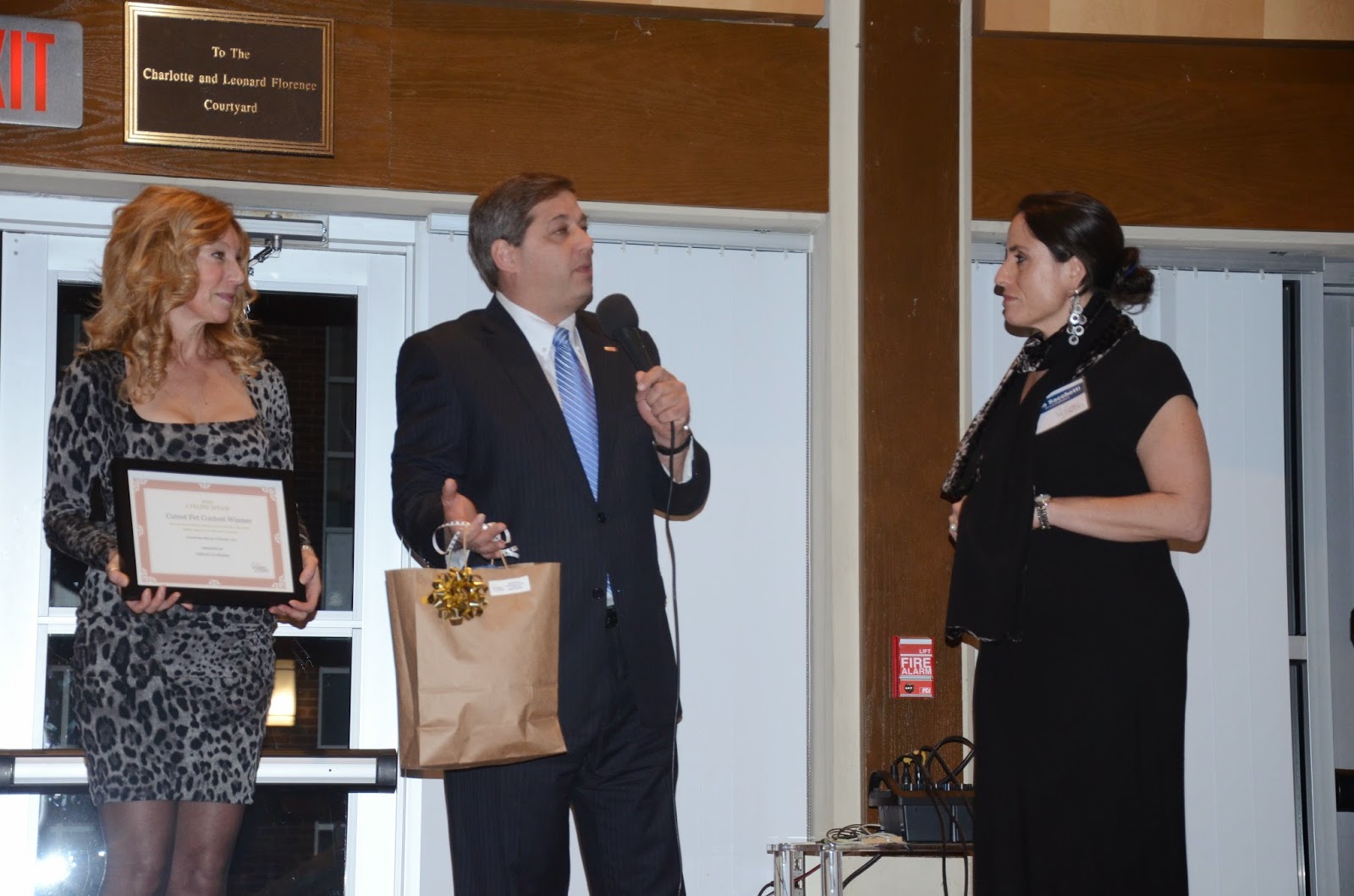