Saint Michael, considered the patron saint of police officers, paramedics, firefighters and the military, is the namesake of the association’s service award. Senator Tarr was nominated for his outstanding commitment and dedication to public service to the people of the Commonwealth.

“Senator Tarr understands that the men and women of law enforcement are expected to perform duties that are both routine and extraordinary often under difficult conditions and he has always been there to support us in our work,” said Association President Martin Gabriella. “The Senator’s outstanding efforts merit induction into the Honorable Order of Saint Michael the Archangel.”

“I am honored to receive the Saint Michael award from those who keep us safe and whose contributions make our cities and towns stronger,” said Senator Tarr. “To be considered worthy of sharing in this honor with former state governors, a U.S. President, and members of the law enforcement community is humbling.”

The associated presented Medals of Valor to two Groveland Police Department officers, Detective Steven Petrone and Officer Daniel Richmond, for performing an act of bravery in the line of duty. The pair successfully performed a daring life-saving rescue of a motorist who had crashed her vehicle through an ice covered pond in Groveland. In addition, the Marconi Award was presented to state Representative Steve Ultrino and Boston Police Commissioner William Gross was given the Law Enforcement Distinguished Community Service Award.

Senator Tarr lauded the Groveland officers for their unflinching action in hazardous rescue. “The crashed vehicle was 30 feet into the water and officers Petrone and Richmond took immediate action knowingly placing themselves in immediate danger,” said Senator Tarr who represents the town of Groveland. “Their actions were heroic and they deserve to be distinguished for their valor.”

Founded in 1968, the Italian American Police Association has annually chosen recipients based on their contributions to protect public safety.

The Massachusetts Association of Italian American Police Officers has been at the forefront of providing support and recognition of the work of law enforcement officers of Italian American descent and heritage. Their mission includes insuring that national heritage is never an impediment to their profession. 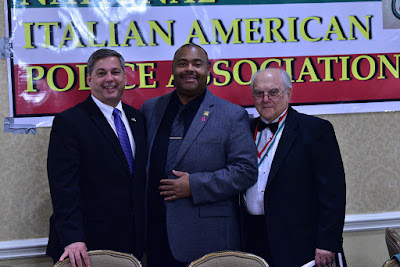 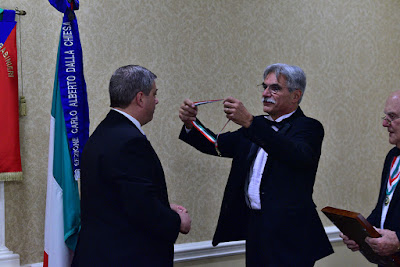 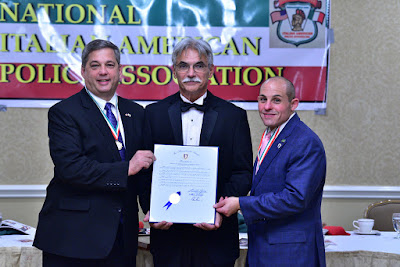 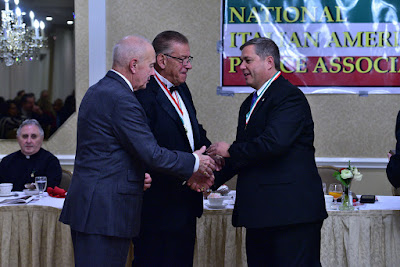 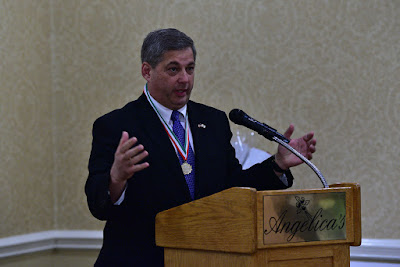