From 7 AM to 8 PM all registered voters who have not yet voted may cast a ballot tomorrow. This year, there is an election of our state's constitutional officers including - Governor and Lieutenant Governor, Attorney General, Treasurer, Auditor, and Secretary of the Commonwealth each are elected for a four-year term.

In addition, all seats in the state House of Representative and Senate - representing two hundred districts, are elected to two year terms as are members of the U.S. House of Representatives. Also on the ballot, in addition to offices such as U.S Senate - six year term, Governor's Council, District Attorney, Clerk of Courts and Register of Deeds will be three state-wide citizen initiative petitions.

Want to know where your polling location is? Visit www.WhereDoIVoteMA.com 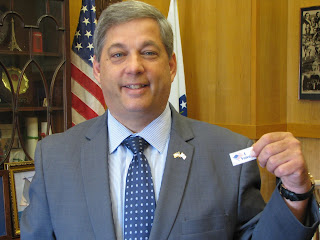 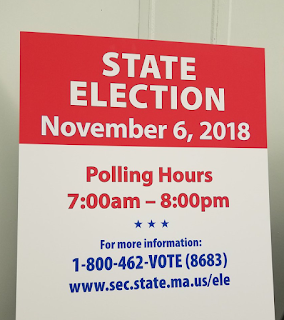