Today's meeting of the MRBA at PITA Hall in Newbury was very well attended and that was important given the significance of the agenda topics.

We had extensive input from the U.S. Army Corps of Engineers on - Federal Dredge Project Updates, Ongoing or Proposed Actions Chart, Maps of Beach Placements and Disposal Sites, There was also a recap of the Woods Hole Group Dredge Study, and discussions on the Parking Lot at Plum Island Point, Reservation Terrace Fall Nourishment, and a Beach Sand Harvesting Update.

Also participating were state sponsored entities including the Department of Conservation and Recreation, Coastal Zone Management, and GZA GeoEnvironmental. 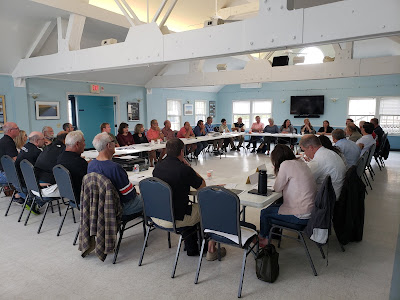 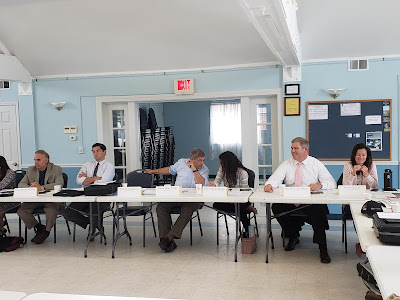