Their amendment to an Act To Promote a Clean Energy Future, will require commercial fisheries impacts to be studied and considered prior to any increased offshore wind procurement.

“The pursuit of offshore wind generation holds tremendous potential for providing our state with clean and renewable energy, Said Senator Tarr. “But, that pursuit need not, and should not, ignore the concerns and interests of a commercial fishing industry that has been critically important to the Massachusetts economy since its first days.”

In 2016, the legislature directed the procurement of 1,600 megawatts of offshore wind by 2027. Earlier this month, the Baker Administration announced the first round selection of 800 megawatts of offshore wind development south of Martha’s Vineyard. Throughout the process, commercial fishermen have raised concerns regarding offshore wind’s effect on navigation and fisheries habitat. While federal guidelines require input from the fishing industry for offshore wind development, thus far fishermen have raised concerns that those federal guidelines lack specifics. Efforts are now underway through the Massachusetts Fisheries Working Group to build consensus and a detailed study plan.

In the meantime, Montigny and Tarr's work will require the Commonwealth to identify and consider offshore wind effects on commercial fisheries prior to any procurement beyond 1,600 megawatts. It further stipulates that any plan to increase procurement must also identify measures to mitigate fisheries impacts. Montigny filed the amendment, entitled Offshore Wind Effects on Commercial Fishing, to the omnibus energy bill S2545. 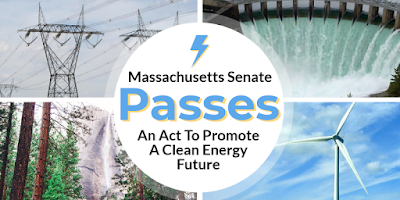