After a strong collaborative effort from Gloucester, state, and federal officials, we can share the news that the initiative will be awarded $6 Million in funding through the Army Corps’ Army Civil Works Plan.

Dredging the Annisquam River is critical for our economy, public safety, our quality of life, and the preservation of this incomparable natural resource. Steadily increasing accretion continues to reduce the navigability of the channel, and that demands remediation as soon as possible. Getting it done requires collaboration, focus, and persistence. Our partnerships at the state, federal and local levels has driven our progress to finally get approval for this project. Here is the press release announcing the success:

“Dredging the Annisquam River is a public safety priority,” said Moulton. “By making the channel more navigable, we will ensure that boaters can safely travel up and down the river. Dredging the river will also have a positive impact on commercial and recreational activities critical to Gloucester’s economic development efforts. I am grateful to our local and state leaders, who helped move this forward, and pleased to see that the Army Corps has listened to us and funded this project."”

“If we do not maintain Massachusetts’s rivers, channels, and harbors, we hitch an anchor to our economy,” said Markey. “I am proud that this federal funding will help improve the commerce, recreation, and safety of Gloucester, the harbor, and the Annisquam River. I thank Representative Moulton and Senator Warren for their partnership on this crucial project.”

“This new federal funding is wonderful news for Gloucester, the North Shore, and the Commonwealth,” said Senator Warren. “This dredging project will not only make the Annisquam River safer and more navigable, but will also help support the local economy. I was glad to partner with Senator Markey and Congressman Moulton secure this critical funding and I applaud the Army Corps for including it in their Work Plan.”

“I would like to start out by saying thank you to everyone who has worked so hard to make this happen. It has been a combined effort from so many federal, state and local partners, departments and elected officials,” said TJ Ciarametaro Jr., Gloucester Harbormaster. “This truly is very exciting news, for not only the City of Gloucester but for the tens of thousands of boaters and professional mariners that navigate the Annisquam river every year. Over the last couple of years, the Annisquam River has become almost impassable during certain tides making it especially challenging for first responders to safely navigate in rescue situations, so from a safety point this is huge for us. We as a whole are looking forward to the dredging commencement and look forward to working with all the partners involved to ensure successful completion of this long awaited project”.

To better understand the significance of this project, and the awarding of funds, read the letter to the Army Corps from me, Rep. Ann-Margaret Ferrante​, and Mayor Sefatia Romeo Theken​. 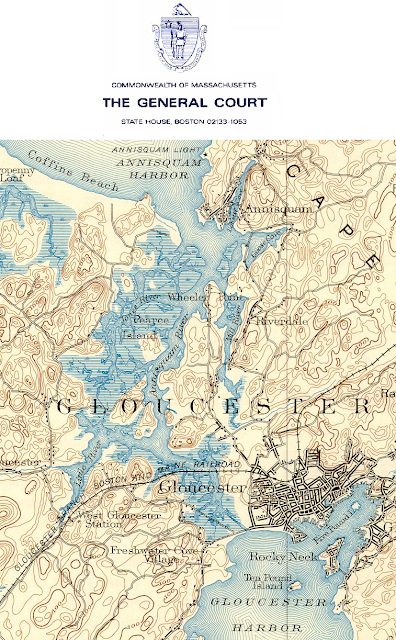