Romeo Theken was appointed to the council which is tasked with protecting coastal assets and revitalizing maritime related opportunities to boost the economic vitality of the state’s 78 coastal communities. Former Mayor of Gloucester Carolyn Kirk, now Deputy Secretary of the Executive Office of Housing and Economic Development was appointed Vice Chair of the Council.

“The revitalization of the council is critically important for our ports and coastal resources, and it signals the deep commitment of the Baker administration to supporting and strengthening them,” said Senator Tarr. “Working collaboratively with a wide range of stakeholders, the council can target important investments that will drive economic growth, support our commercial fisheries and carry out great maritime legacy into a bright future.”

“The Seaport Economic Council demonstrates our commitment to promoting economic prosperity in cities and towns of all sizes,” said Governor Baker. “We look forward to the robust role coastal communities can contribute to job and economic growth in the Commonwealth.”

The Council will be comprised of municipal leaders, representatives from coastal communities, trade associations representing the maritime economy, and senior level staff from the Commonwealth’s Departments of Transportation and Energy and Environmental Affairs.

“The expanded focus on jobs and economic growth in the maritime economy is good news for Gloucester,” said Gloucester Mayor Sefatia Romeo Theken. “We are especially excited about prospects for projects related to the seafood industry which is a direct support to our fishermen.” 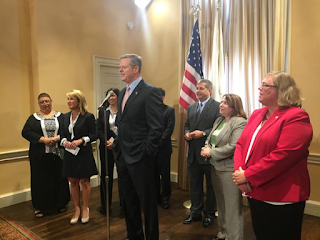 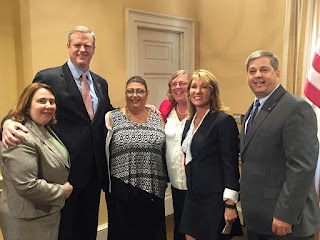 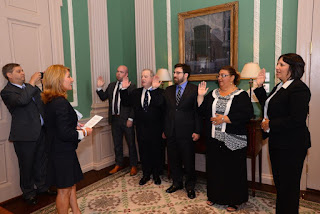