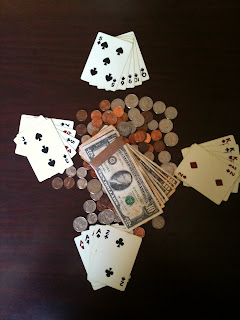 Changing the state’s model for gaming to include casinos and/or slot machines at race tracks has been a topic of discussion for years on Beacon Hill. Now legislative actions appear to be moving toward such a change. On April 14th the House of Representatives passed a bill to authorize both new modes of gaming, and you can view that bill by clicking here.

Tomorrow the Senate Ways and Means Committee will hold a public hearing on gaming from 1 p.m. to 5 p.m. in Gardner Auditorium. A summary of the current Senate proposal on gaming can be found by clicking “Read more” below.

The working draft of Senate gaming legislation is based on topics addressed by members during six roundtable Senate discussions held during the month of May. The draft will be up for discussion at the Senate Ways and Means public hearing on Tuesday in Gardner Auditorium to solicit additional information and feedback, and further policy deliberation. The draft does not represent the final bill to be released from the Senate Ways and Means Committee. This document is a summary of the current Senate draft bill:

Principles of Bringing Gaming to the Commonwealth:
1) Create new jobs both in the gaming industry and in related activities of construction, entertainment, restaurants, and hotels through a competitive bid process for gaming licenses;
2) Diversify our economy and grow new industries in different regions of the Commonwealth;
3) Recoup lost revenue from Massachusetts residents who pursue gaming in other states and countries, and reinvest the funds in a manner that is sustainable and fiscally responsible for the long-term economic growth of the Commonwealth;
4) Institute strong, transparent gaming oversight to ensure fairness for consumers and accountability for all gaming facilities;
5.) Comprehensively address the negative social, community, and criminal impacts of expanded gaming in the Commonwealth; and
6.) Ensure that any future Native American site operates under the same conditions as all other facilities, including the collection of revenue by the Commonwealth.


Determining licenses:
The bill establishes three licenses for resort casinos in Massachusetts, to be distributed by region (East, Southeast and Western Massachusetts). The bill does not designate any licenses for racetracks or former racetracks, though any qualified bidder may apply for a casino license. Two of the licenses would be competitively bid, and the third would be designated for a qualified Native American tribe.
An applicant must show its financial viability through a rigorous financial disclosure process. It must also execute agreements with the prospective host community and surrounding communities that will be impacted by the development and operation of a casino.

The agreements will include the provision of a community impact fee and plans for a referendum vote in host community. The bill offers no guarantees of casinos in any region. Proposals would first be evaluated to show their fiscal soundness and benefit to the Commonwealth.

If multiple projects in a region met the Board's requirements, the license would be awarded through an auction. The bill requires the commission to consider geographic separation as a factor when determining the economic benefit of a new facility.
Native American Gaming:
The legislation would designate a license for a qualified Native American tribe. Any tribe receiving the designated license would have to enter into a contract with the Commonwealth regarding the conduct of gambling on the tribal lands. The tribe would then be subject to the same conditions as any other casino license holder, including those related to revenue.
Regulation:
Gaming would be regulated by a bifurcated agency modeled on the State of Nevada's system. A policy-making gaming commission would be the final authority on all licensing matters and serve as an adjudicatory body, while a gaming control board, with a dedicated state police unit, would be responsible for administering regulations and monitoring the industry.

The board would have broad powers to enforce laws, distribute mitigation funds, monitor the financial activities of gaming facilities and make recommendations to the commission related to licensing and development of regulations.

These entities would be assisted by specialized Advisory Committees, which would be composed of groups of experts on subjects related to gaming and contribute oversight and policy recommendations to the commission.
Revenues/Distribution of Funds
The Senate continues to conduct its independent fiscal analysis of how to maximize revenues from gaming and has not yet determined final figures relating to fees and tax rates.
The plan will likely include a minimum licensing fee and competitive auction if multiple bidders in a region are found to be qualified. Licensees would also be required to make a minimum initial investment and pay a tax on gross gaming revenue.
The Senate is actively seeking feedback on the optimal fees, taxes and investment for casinos. Our goal is to ensure a rate that maximizes the Commonwealth's revenue from gaming, while ensuring that the casinos are not taxed to the point of instability.
The Senate's spending priorities with revenues generated from gaming are:
1. Direct impacts from gaming (such as the regulatory body created to oversee gaming and law enforcement expenses);
2. Indirect impacts from gaming (such as community mitigation and addiction services);
3. Offsetting any lost Lottery revenues for cities and towns; and
4. Contributions to the stabilization fund.
Criminal and Law Enforcement:
A specialized State Police Unit, reimbursed by the board through assessments paid by the casino operators, would have exclusive jurisdiction over gaming facilities.
The Unit would have to execute a memo of understanding with the applicable local police department regarding the local police department's role in enforcement on gaming facilities. Gaming-related crimes would be prosecuted by a division of gaming enforcement within the Attorney General's Office.
The bill creates new crimes of unlicensed gaming, money laundering, enterprise crime, swindling casinos and related offenses (such as unlicensed devices, age restrictions, unlawful manufacture of devices).
The board would be responsible for maintaining both a general exclusion list and a "self-exclusion list." The general exclusion list would consist of individuals whose presence in casinos the board feels would pose a threat to the well-being of the casino or Commonwealth (such as those who have been convicted of crimes relating to gaming).
The self-exclusion list would allow those who struggle with problem gaming to limit their access to casinos. Concerned family members, law enforcement or medical professionals could also petition to put individuals on the exclusion list.
Community Mitigation:

The bill would consider both initial mitigation expenses (such as the creation of new infrastructure) and ongoing expenses associated with casinos. The Gaming Control Board would be responsible for administering community mitigation.