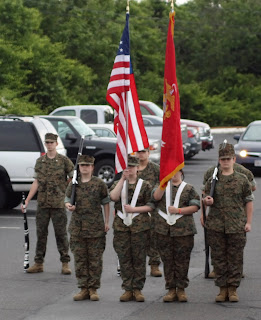 The Benevolent and Protective Order of Elks has among its central themes the promotion of patriotism and the American spirit, and Elks lodges throughout the country conduct services commemorating Flag Day and the history of our nation’s flag each year.

Gloucester Lodge 892 is acclaimed for its particularly thorough and moving service, in which I was honored to participate last evening. The ceremonies included the burning of damaged flags to properly retire them, presentations by the Gloucester High School JROTC, inspiring remarks by JROTC instructor and Marine Richard Muth, thoughtful compositions by student essayists, and a pledge of allegiance by Cub Scout Pack 56. I delivered and read a special proclamation from Governor Patrick recognizing Flag Day. Above and below are photos from the ceremonies. 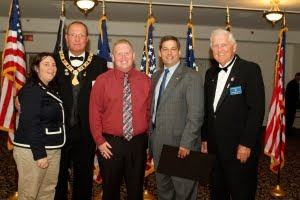 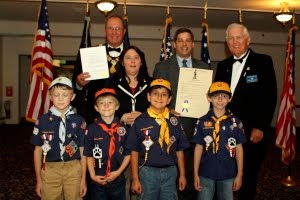