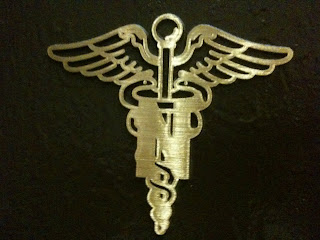 Yesterday the State Senate unanimously passed organ donation legislation that I developed in collaboration with local families committed to making a difference for those in need of transplants. With the co-sponsorship of Senator Thomas McGee (D-Lynn), Representative Ann-Margaret Ferrante (D-Gloucester), and family members of pediatric organ recipient Jackson Altieri, and the assistance of Senators James Timilty (D-Walpole) and Steven Panagiotakos (D-Lowell), former Representative Anthony Verga (D-Gloucester), and the New England Organ Bank, I drafted this legislation and brought it to the Senate floor for a 37-0 vote.

The passage of this bill by the Senate reflects the tireless efforts of Jackson’s parents and grandparents to increase the odds that no child’s life will hang in the balance of a protracted wait for a donated organ. Their commitment to making a difference is exemplary.

Nationwide, there is a serious deficiency of organs available for donation. As of June 21, 2010, more than 108,000 people were in need of an organ, according to the United States Department of Health and Human Services, with less than 7,000 transplants performed in a preceding three-month period. Massachusetts is an unfortunate laggard in organ donation rates; while some states have organ donation rates over 70 percent, Massachusetts is below 40 percent. This bill would take several steps to increase adult donor rates, including:

 Establish a means to register as an organ donor when renewing a registration or license online.

 Includes an option to become an organ donor on all registration renewals mailed out by the Registry of Motor Vehicles.

 Adds on license and registration renewal forms an optional donation of no less than two dollars to the Organ and Tissue Donor Registration Fund.

Richard S. Luskin, President and CEO of New England Organ Bank said, “The passage of this bill would be an important step forward in our shared goal of ending deaths on the transplant waitlist. Over 300 New Englanders died on the waitlist last year alone and that is unacceptable. This legislation allows for new and simple ways for individuals to designate themselves as donors so that their wish to donate may be honored and that more lives be saved.”

The bill stems from the work of Jackson’s parents and grandparents to improve the odds for children who need donated organs to survive. Jackson’s story, in conjunction with that of fellow Gloucester resident J.J. Nicastro, brought together the Cape Ann community and raised statewide awareness of the need for Massachusetts to do better in terms of pediatric organ donations.

While Jackson is now doing well, J.J. was not as fortunate. Living from day to day through the use of an artificial heart, he succumbed to the effects of myocarditis before a heart became available for transplant.

In 2007, the Cape Ann community mobilized to support both of these boys with blood drives, get well cards, charitable fundraising and a benefit concert at Gloucester High School’s Newell Stadium, known as the “Concert from the Heart”.

"Our family will be forever grateful to Senator Tarr, Rep Verga , Rep Ferrante and their staffs for making this life saving bill closer to becoming a reality,” said Fran Aliberte, Jackson’s grandfather.

Pediatric organ donation rates are particularly difficult to raise, both because parents are uncomfortable confronting the possibility of their child’s passing and because no commitment to donate a minor’s organs is legally binding. To address these concerns, the bill repurposes and revitalizes an outdated administrative advisory council as the Advisory Council on Organ and Tissue Transplants to develop strategies to increase donation rates and establish a website within the Department of Public Health to raise awareness of the need for organ donors, with a special focus on increasing pediatric donation rates. The council would also be responsible for setting concrete goals and baselines for pediatric and adult organ donation rates in Massachusetts.

The bill now moves back to the House for consideration. We’ve made tremendous progress on this bill throughout the session, and I am optimistic about our opportunity to make it law before the session ends.