Former Senate Clerk Bill Welch was a consummate professional who cared deeply about the Senate as an institution, its members, and the integrity of its operations. He devoted himself completely to the important tasks of documenting the legislative operations of the Senate and ensuring that the rules were understood and followed. Bill not only cared about the Senate's official business, he also cared deeply about its members as people, and his relationships with the members were meaningful and enduring, and all of us will long cherish having had him in our lives.

Clerk Welch worked at the State House for 48 years and died suddenly this weekend. 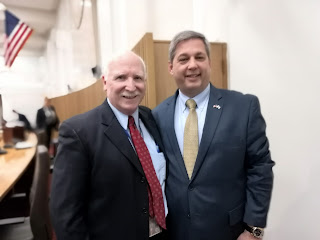