Update Date: August 20, 2021 Tropical Storm Henri is expected to become a hurricane by Saturday as it approaches the coast of southern New England on Sunday. Based on the current forecast, the storm track has shifted slightly to the west and there is an increasing threat of landfall somewhere in southern New England Sunday into Monday as a strong tropical storm or Category 1 hurricane.

The type and magnitude of impacts will be highly dependent on Henri’s exact track as it approaches the New England region. The following impacts are possible:

* Damaging winds along and east of Henri’s track and up to 2-5 inches of rain with isolated maximum amounts of up to 8 inches along and west of the track.

* Storm surge flooding and beach erosion is likely; extent and location will depend on Henri’s track but the area of highest risk is along the eastern Massachusetts coast, including Cape Cod Bay.

* High surf and rip currents on ocean beaches starting as early as Saturday. 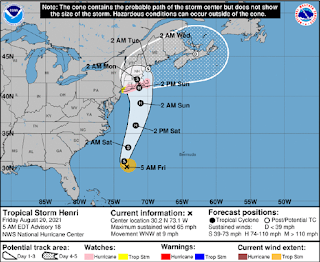 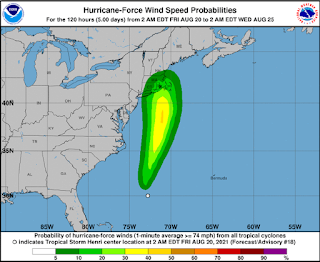 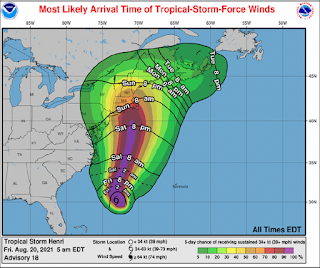 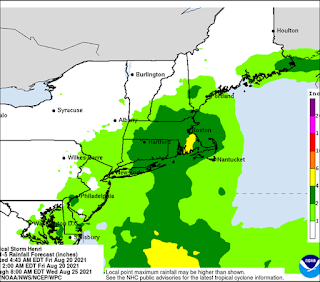