The state’s Division of Marine Fisheries has received notice that the Amitié Fiber Optic Submarine Cable System Marine Survey is scheduled to begin on or about January 15th off the coast of the North Shore. These geophysical surveys will follow a predetermined route for a future subsea telecommunication cable network. In the interest of informing local fishermen in the area I want to share this notice. Alcatel Submarine Networks will be conducting sonar scans and other data collection techniques to meet state and federal government permit application and environmental analysis requirements.

The geophysical data samples will be operating within a 1,650‐foot‐wide corridor that extends from Lynn, Massachusetts to the shores off Rockport. There is a proposal to install a subsea communications cable along a 29 mile long route off our coast that will link to cable lines from the U.K, and Bordeaux France.

They have published this message: “Although the survey vessel will attempt to avoid all fishing gear, we advise all mariners and fishermen operating in the area to plan accordingly when deploying gear in the vicinity of the vessel route. ASN has also hired a Fishery Liaison to assist with “on the water” communications between the survey vessel and the fishing industry. The Fishery Liaison will also place high‐fliers on the predetermined survey route for visual identification in the days prior to the survey.” 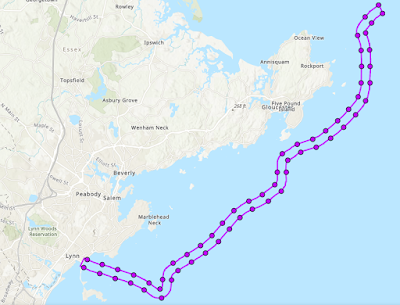 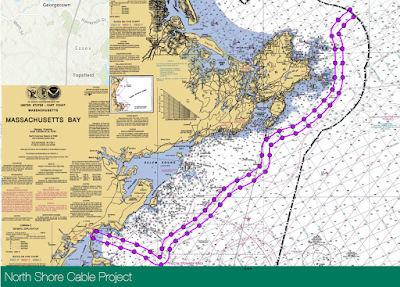