The Complete Streets program is an important state effort to help communities expand on the safety and utility of public streets. Governor Charlie Baker and Lieutenant Governor Karyn Polito have continued to announce funding awards for cities and towns which have initiated ideas to o provide safe and accessible options for all travelers including bicyclists, pedestrians, and public transit users.

We celebrated the newest round of #CompleteStreets grants at Peabody City Hall with a number or elected officials including Senator Joan Lovely, Representative Theodore Speliotis, Representative Thomas Walsh. 24 communities, including some in my district, join half of all cities and towns across the state in adopting policies encouraging the advancement of Complete Streets infrastructure.

Gloucester will receive $398,348 to improve travel for cyclists by installing bicycle lanes along Route 127 and Main Street through Downtown Gloucester. Safety improvements at O’Malley School will include reconstruction of the Reynard and Cherry Street intersection and the addition of a crosswalk and pedestrian signals across Poplar Street.

Middleton will receive $171,925 to reconstruct the intersection of Maple Street (Route 62) at Liberty Street to enhance safety for bicyclists and pedestrians. Work will include shortening pedestrian crossing distances, constructing new sidewalks with curb ramps, and adding ADA-compliant wheelchair ramps. This project will reconfigure the intersection to facilitate the flow of traffic, and improve safety for all users. 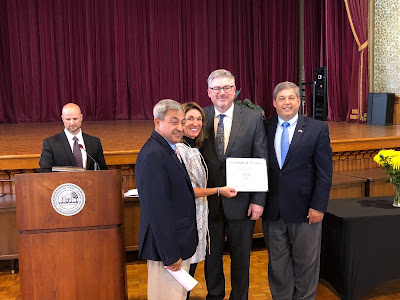 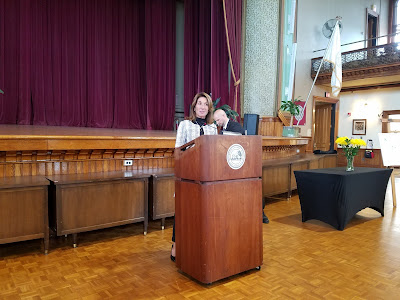 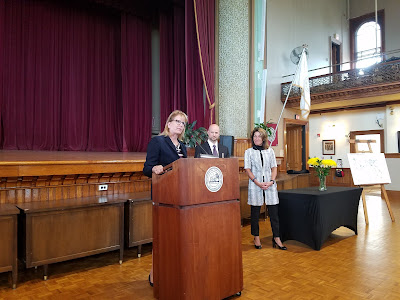 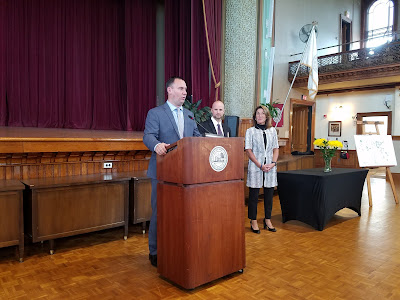