Very happy to report that my bill to enhance the protection of animals from abuse, PAWS II, is headed to Governor Charlie Baker to be signed into law.

Boston- Legislation intended to enhance humane treatment of animals, and punish those who engage in animal cruelty, has received final legislative support following approval by the House and Senate today on Senate Bill 2646, Protecting Animal Welfare and Safety.

The legislation furthers anti-abuse measures first secured in the 2014 Protecting Animal Welfare and Safety bill. Senate Minority Leader Bruce Tarr (R- Gloucester) led lawmakers to adopt the bill, also known as the PAWS Act, following the discovery of extreme abuse and cruelty in the case of a dog that was stabbed, burned, cut and had bones broken. The “Puppy Doe” case led to the arrest and conviction of Radoslaw Czerkawski who was recently convicted of 12 counts of animal cruelty and sentenced to 8 to 10 years in prison.

“PAWS II builds on the foundations of our original law and ensures that abuse is reported and enforced, and that our animal control laws reflect the seriousness of animal abuse,” said Senator Tarr. “Puppy Doe inspired me and many others to take strong legislative action to increase protections for animals and prevent animal cruelty and neglect. Animals deserve humane treatment and protections from those who would abuse them.”

Key provisions of the animal welfare bill, Senate Bill 2646, an act to Protect Animal Welfare and Safety in Cities and Towns, include those which:
• Expand potential for abuse reports - Permits animal abuse be reported by Department of Children and Families, the Department of Elder Affairs, and Disabled Persons Protection Commission. Adds animal control officers as mandatory reporters of child abuse, elder abuse, and abuse against disabled persons
• Ensure efficient enforcement of animal control laws - Increases fines for violations of dog control laws up to $500 for a fourth offence
• Double the hit and run penalty for an accident involving dogs & cats - From $50 to $100 for a first offence - $500 for subsequent offences and the cost of medical expenses, and or imprisonment in a house of correction for not more than 6 months
• Prohibit the drowning of animals - Declares that drowning of animals is a violation of law for non-licensed trappers or those registered with Fish and Wildlife
• Prohibit engaging in sexual contact with an animal
• Remove automatic killing of animals involved in animal fighting - Removes a requirement to automatically kill animals involved in animal fighting. This bill creates other options for these animal victims
• Add animal crimes to the list of offenses that serve as the basis for a request for a dangerousness hearing
• Examine options to prohibit discrimination against specific dog breeds – Requires insurance companies to collect and report data of dog related incidents
• Require abandoned animal checks in vacant properties - Property owners and landlords must check property for abandoned animals within three days following a foreclosure or termination of tenancy

Senators gave initial approval of the bill unanimously in March. The House and Senate have enacted the bill which now moves to Governor Baker for his signature.

MSPCA-Angell was absolutely instrumental in their support, advocacy and passion for the enhancements of humane treatment for animals in this bill and their work every day. 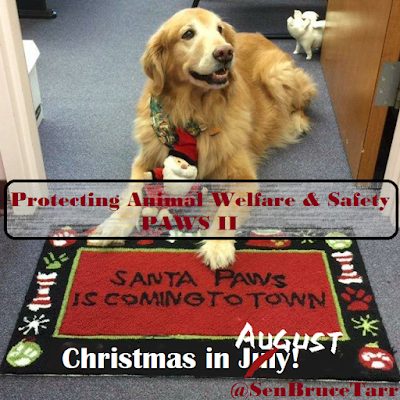