On The Passing Of Senator John McCain

Following the sad news of the death of Senator John McCain, I have been reflecting on the extraordinary life that he lived and the service he gave so passionately to our nation.

As the son of a decorated high ranking Navy admiral who was also the son of a Navy admiral, it might appear that John McCain was fulfilling his 'destiny' by also becoming a Navy officer. But, John McCain didn't live life as if it were already scripted for him - he lived it knowing that his choices and his actions would be difficult, at times excruciatingly painful, and always grounded by his strong conviction to do what was right.

Throughout his tenure in the U.S. Congress he inspired many in public service, including me, to always put the needs of our nation ahead of internecine political fighting, to prioritize problem solving and civil engagement, and to be forthright and fair-minded in our work.

I feel fortunate and honored to have known this great American hero. The time that I spent with Senator John McCain was extraordinary. We will remember him for many reasons - his service to our nation; his ability to inspire the best in others; and for showing us that we can each create the pages and passages in our own stories to overcome challenges, by thinking independently and acting collaboratively, and living a life of honor - as he did. 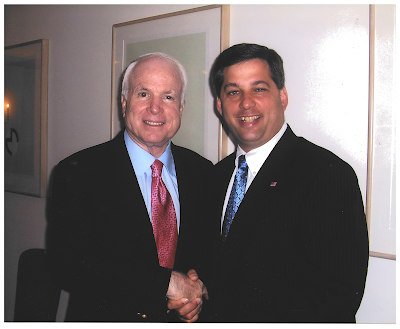