This summer, North Reading lost a true American hero- Timothy J. Callahan, a combat veteran in World War II, passed away at his home at the age of 96 – I had the Senate adjourn in his memory.

Yesterday, at the North Reading Veterans 8th Annual Dinner, we honored him and thanked his family. Mr. Callahan served as a 1st Lieutenant in the Air Force during World War II fighting in in Normandy, Northern France, and the Rhineland. Remarkably, he survived two plane crashes and flew 63 other combat missions as a pilot of the B-26 Marauder. He earned numerous awards and commendations including: the Silver Star, the Distinguished Flying Cross, the Air Medal, the Distinguished Unit Citation, the Medal of Humane Action and the Purple Heart.

Mr. Callahan served his community for 34 years as the Director of Veteran’s Services for the town of North Reading, retiring from this position at age 89.

Yesterday’s gathering was all about recognizing veterans, their families, and those who support them. Courage, distinction, and service to our nation – these are the hallmarks of those that we honored - the men and women of the American Armed Forces.

I thank Susan Magner, Director of Veterans Services, for her efforts to make the day a fitting tribute. Francisco Urena, Massachusetts Secretary of Veterans' Affairs, Bob Mauceri of the board of Selectmen and Representative Brand Jones also thanked our veterans during the presentation. 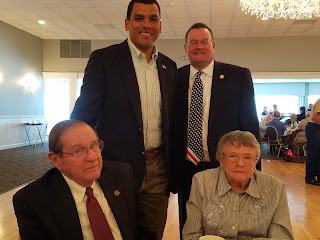 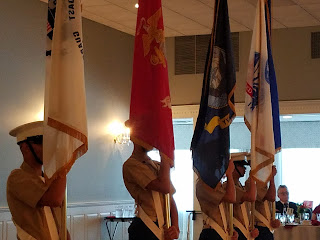 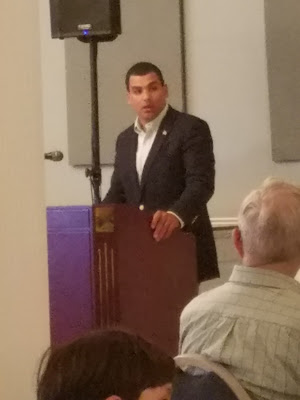 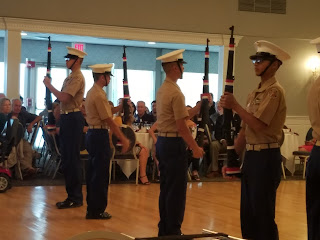 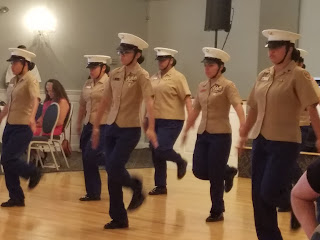