I had the honor today of partnering with Senator Karen Spilka, Representative Carolyn Dykema, and the Alpha Omega Council to host the annual presentation of wreaths for the Boston Marathon at the State House. Each year, the marathon wreaths are grown, handcrafted and covered in gold in Greece, where the inspiration for the modern marathon originated in 490 BC. The wreaths were brought to Boston and given to the Boston Athletic Association and the people of our state by the people of Greece, reflecting the strong bond that continues between us. Ultimately the wreaths are placed on the heads of marathon winners as a crown of victory. 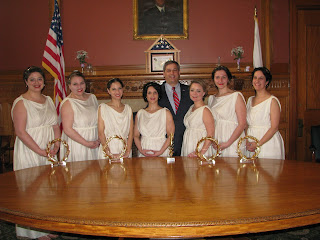 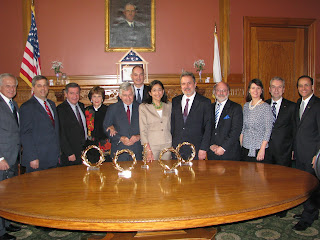 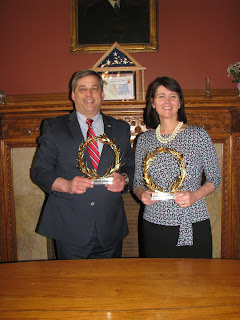 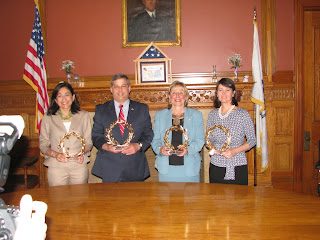 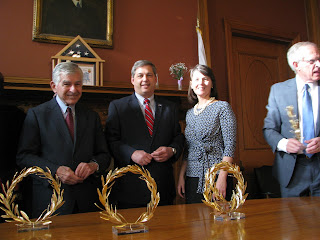 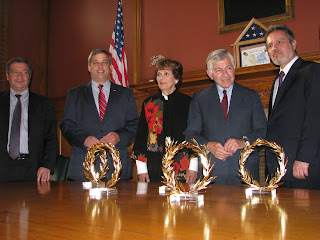 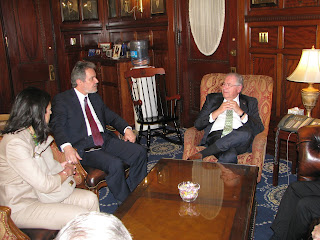 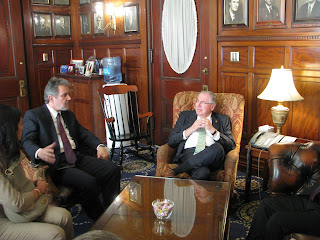 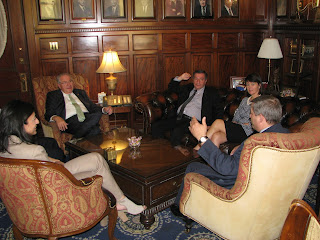 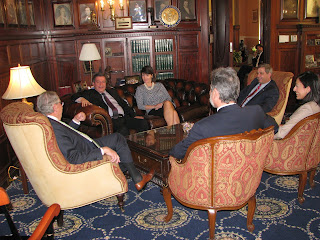 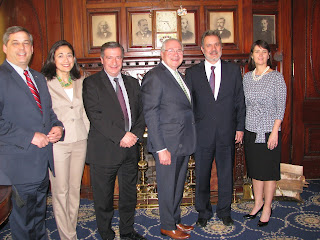 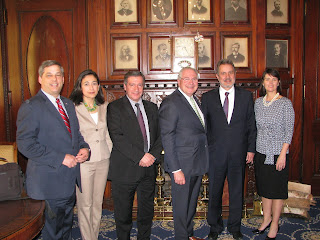