Boston- The prospect of a state sales tax holiday became a major step closer yesterday as the Joint Committee on Economic Development and Emerging Technologies reported favorably legislation filed by Senate Minority Leader Bruce Tarr (R-Gloucester) to provide such tax relief. Although Tarr’s original bill established a permanent sales tax holiday for one weekend per year, the committee has redrafted the bill to authorize a single tax reprieve on August 15 and 16 of 2015.

“Certainly there is more work to do on the front of sales tax relief, but achieving a holiday this year is important for consumers, retailers and our economy,” said Tarr. He added that “Now we must act quickly as a legislature to deliver important sales tax relief, particularly to families who will soon be focused on purchasing needed school supplies within limited budgets.”

Tarr’s bill, S. 236, was co-sponsored by Senators Viriato deMacedo (R-Plymouth), Donald F. Humason, Jr. (R-Westfield), James Timilty (D-Walpole) and Representative Mathew Muratore (R-Plymouth). The bill was reported favorably for consideration to the House of Representatives and should it be approved there, it would next move to the Senate, and, if successful, ultimately to the desk of Governor Charlie Baker. 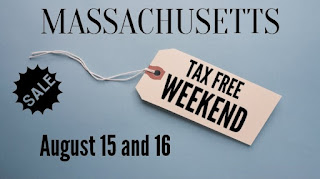