Matthew Beaton Stepping Down As Energy and Environmental Affairs Secretary

I want to offer my appreciation for former state Representative and soon to be former Secretary of Energy and Environmental Affairs Matt Beaton. Matt, one of the first cabinet members selected by Governor Charlie Baker at the start of his administration, has announced that he will resign from his position in state government at the end of the week.

His responsibilities have been immense with six environmental, natural resource and energy regulatory agencies reporting to him - these include the Departments of Environmental Protection, Public Utilities, Energy Resources, Conservation and Recreation, Agricultural Resources, and Fish and Game. As Secretary, Matt has been instrumental in our state's climate change and renewable energy policies. I am also particularly appreciative of his efforts and partnership in supportring the fishing and agricultural industries. 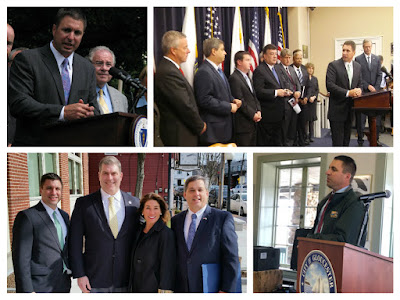