…and 13 state championships too. The Gloucester High School Cheerleaders were my distinguished guests in the Senate chamber where they were recognized by the State Senate for their outstanding accomplishments. 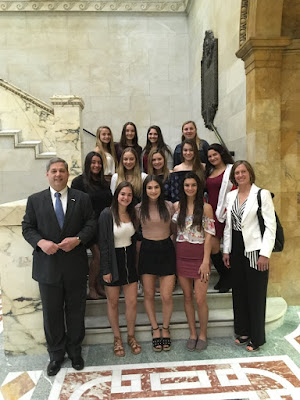