A few days ago in a Senate Session I had some very special guests in the Senate chamber to join me as we recognized the many contributions of an astonishing man - George Demeter.

George Demeter, an immigrant from Greece in the early 1900’s attended Boston Latin School, Harvard College and served in World War II in France. He was best known as the first Greek-American elected to serve in the Massachusetts House of Representatives in 1932. He also authored Demeter’s Manual of Parliamentary Law and Procedure, a manual well regarded by those experts in the parliamentary rules as a great source to those who seek to conduct meetings of groups of people in a fair, orderly manner to successfully reach goals while maintaining group harmony.

The rules of Parliamentary Procedure, which in some form date back thousands of years, are at the very heart of our democratic principles: where decisions are made by majority rule, only after the ability to debate…. and the rights of those with minority views are respected. I had the honor of recognizing outstanding individuals who exemplify the very meaning of service-based organizations in celebration of Parliamentary Law Month and George Demeter Day. I felt privileged to welcome representatives of the George Demeter Unit of the National Association of Parliamentarians, the Boston Chapter of the Order of the American Hellenic Educational Progressive Association, which is the largest Greek-American organization in the world, and the Hellenic Bar Association.

Demeter was heavily involved with the American Hellenic Educational Progressive Association (ORDER of AHEPA, serving as the organization’s 2nd Supreme President and the founder of the Boston chapter, Athens Chapter # 24. George is also recognized as the individual, who in the 1930’s, introduced the ancient Greek tradition of crowning the Boston Marathon winners of the race with an olive wreath from Greece. 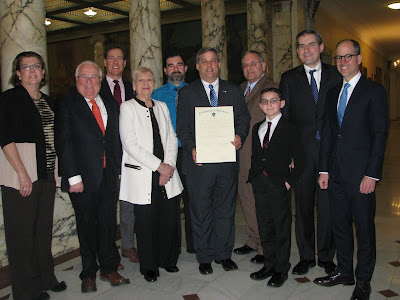 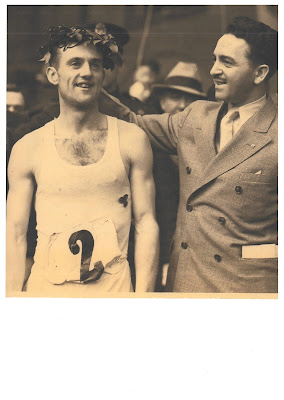 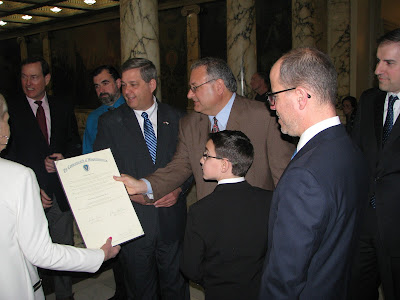 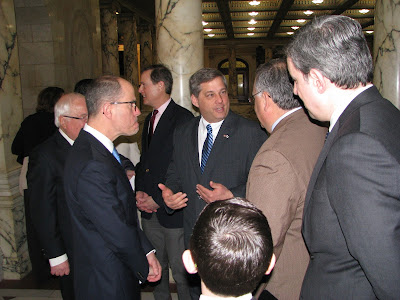 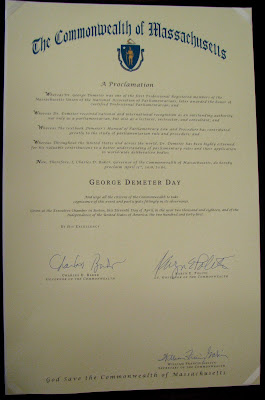