Time is Right for Humane Treatment of Animals

For those of us dedicated to advancing protections for the well-being of animals we have been experiencing some important gains lately. In March, the Senate unanimously adopted my PAWS II bill which expanded upon the victories of the original PAWS bill that I filed in response to the contemptible Puppy Doe case. PAWS is an acronym for protecting animal welfare and safety.

This week, I was delighted that my bill, S.489, an act Protecting Research Animals, was given support by the Committee on Environment, Natural Resources and Agriculture. This bill will facilitate relationships between research laboratories and non-profit rescue organizations so that animals are given a chance of life after the lab with a Massachusetts family. More than 60,000 dogs and nearly 20,000 cats are used for animal experimentation in the US. Because nearly 96% of the dogs used are beagles this legislation is often called the "Beagle Bill".

Last weekend, I visited the Massachusetts School of Law at Andover​ for the 12th Animal Rights Day. There was as much as excitement at the event as there were amazing animals. I met Lilly the Hero Pit Bull​, she successfully pulled an unconscious woman away from railroad tracks as a freight train drew rapidly closer in Shirley, Mass. Lily was seriously injured by the train wheels, cut, broken and weakened she recovered with the help of a great team at Angell Animal Medical Center​. In the photo Lilly is with me, owner David Lanteigne, Professor Diane Sullivan, and Dean and Professor of Law at the Massachusetts School of Law, Michael Coyne. There were beagles, Rocky the rooster from Nevins Farm, a police dog demonstration by the Massachusetts State Police, and lots of well informed people working together. 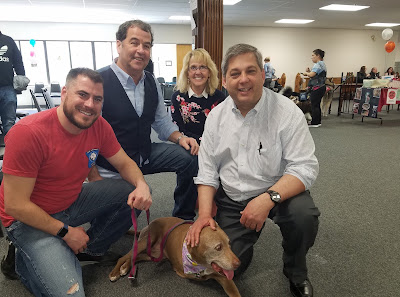 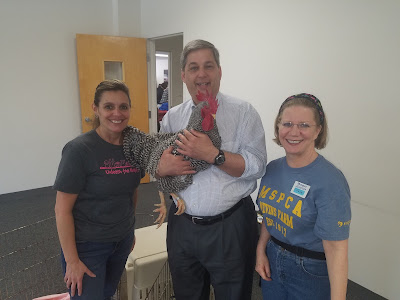 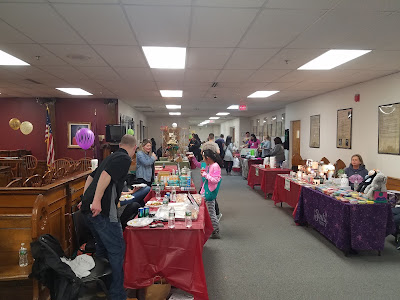 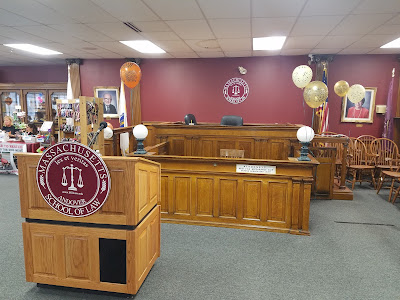