Next week the Senate is expected to debate my bill to protect animals from abuse. The shocking events related to the "Puppy Doe" case guided my work on my original PAWS bill. The "Puppy Doe" trial began this week.

In 2014, Tarr led lawmakers to adopt the Protecting Animal Welfare and Safety bill, also known as the PAWS Act, following the discovery of extreme abuse and cruelty in the case of “Puppy Doe”, a dog that was stabbed in the eye, had her shoulder, elbow and ankle broken, was burned and had her tongue split to resemble a serpent. The Puppy Doe trial began this week in Dedham District Court.

“I sponsored this bill to follow up on what we achieved, and what we learned, from our first PAWS law; animals deserve humane treatment and protections from those who would abuse them,” said Senate Minority Leader Tarr.

Tarr said that in addition to lessening animal cruelty there could be a corresponding reduction of crimes against people citing a Massachusetts study which found that a person who has committed animal abuse is five times more likely to commit violence against people.

“The Puppy Doe animal torture case inspired strong legislative action designed to increase protections for animals and prevent animal cruelty and neglect. PAWS II builds on the foundations of our original law and will ensure that abuse is reported and enforced, that animal drownings are outlawed, and that our animal control laws reflect the seriousness of animal torture and abuse,” said Senator Tarr.

Senators will have until Tuesday to offer amendment to the bill which is expected to be debated and adopted Thursday. 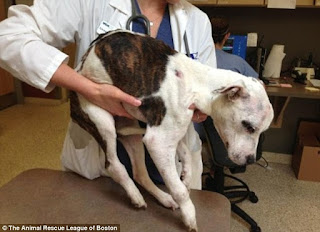