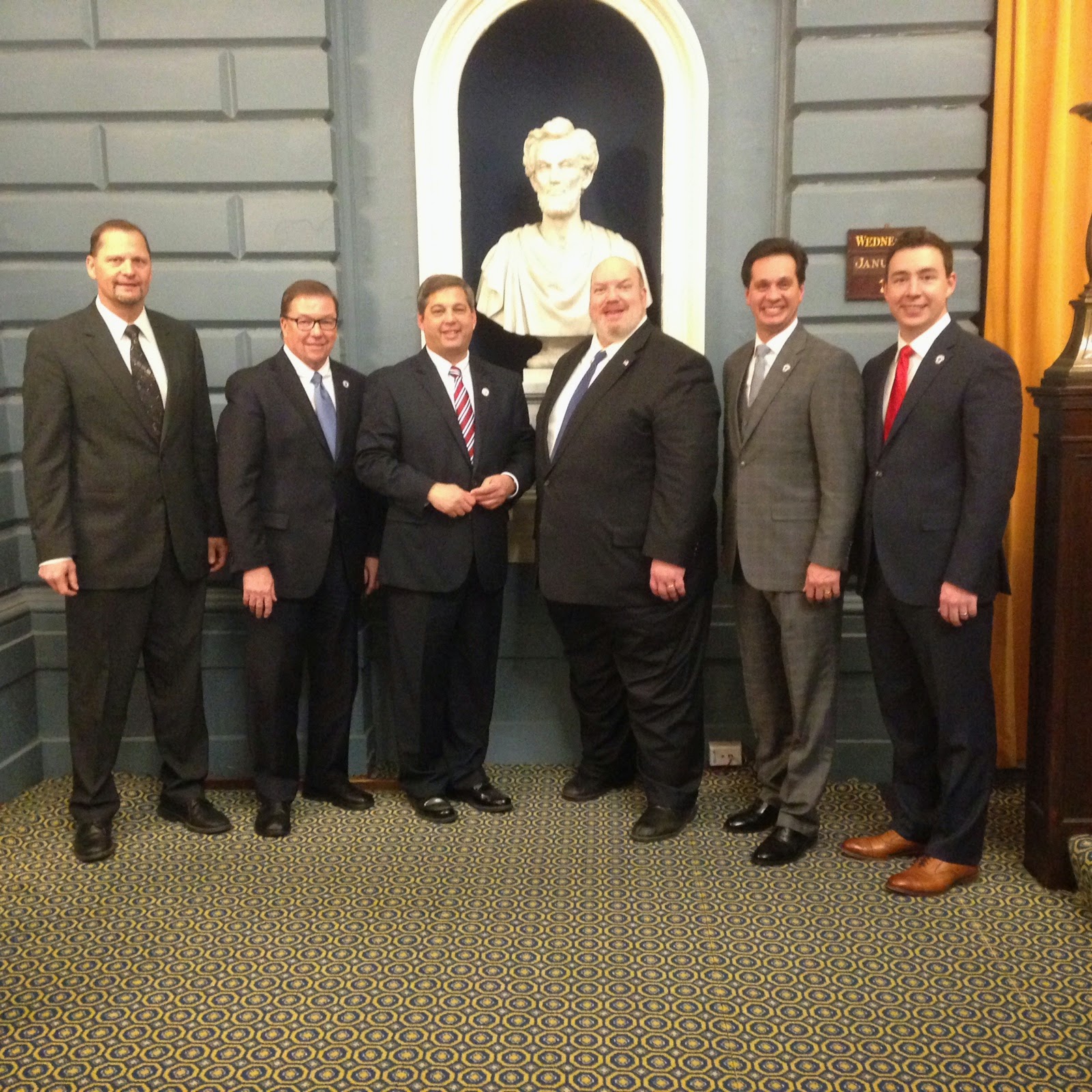 Yesterday I distributed the following press release regarding the Senate Republican Caucus electing me as the Minority Leader:


Boston – Today the Massachusetts State Senate Republican Caucus has announced that current Senate Minority Leader Bruce Tarr of Gloucester will serve as the caucus’ leader for the 189th session. With a unanimous decision made by the members, Tarr will continue to build upon the successes the caucus has secured over the previous two sessions as minority leader, and vows that the caucus will remain engaged to ensure Massachusetts moves in a direction where small businesses thrive, the economy stabilizes, and children and families succeed.


“I am truly thankful for the trust and confidence the members of the Senate Republican Caucus have placed in me today by reelecting me as their Minority Leader, and I am eager to begin the new legislative session with a renewed commitment to building a stronger and more prosperous Commonwealth for each and every one of us,” said Senator Tarr. “Our caucus will continue to bring ideas to the table and debate issues with vigor and respect. We will never lose sight of the importance of finding common ground, and we will always be mindful of the importance of our principles.”


Under Senator Tarr’s guidance, the Senate Republican Caucus has secured needed transparency within the legislature, prevented the establishment of taxes, and fought for accountability within state government. Some of those successes include:


·         Requiring the Massachusetts State Senate to post all roll call votes within 48 hours;


·         Freezing the unemployment insurance tax rates at the 2013 levels, saving businesses an estimated $500 million; and


·         Working with other members of the legislature to ensure the Commonwealth’s natural gas pipes are assessed and repaired in a timely fashion before tragedy strikes.


Tarr, who was first elected to the Senate in 1994, has served in numerous leadership positions prior to his ascension as Minority Leader for the 2011-2012 legislative session. Those positions include Assistant Minority Whip, Minority Whip, and Assistant Minority Leader.  He is the current Co-Chairman of the Coastal Caucus, the Northeast Legislative Caucus, and the Fisheries Subcommittee of the Joint Committee on the Environment, Natural Resources and Agriculture.


“I am very proud to have Senator Bruce Tarr as Minority Leader,” said Senator Ross. “His vast knowledge of the issues, his work ethic and dedication, as well as his commanding oratory, uniquely qualifies him to lead the Senate Republican Caucus.”


Senator Tarr is a relentless advocate for the fishing industry, and has worked with federal, state, and local officials to bring fishing issues such as unfair regulations to the forefront. By establishing a “no stone left unturned” approach, Tarr sponsored and worked with several members of the legislature and secured a measure to advance the marketing of Massachusetts seafood.


“I was very honored to cast my vote for Bruce Tarr for Senate Minority Leader, and I am looking forward to working with Republican Leader Tarr in the next 2 years of our Senate Session,” said Senator Humason. “In the many years that I have worked in state government, I have been fortunate to work for and with true public servants and great leaders.”


“I was proud to cast my vote for Sen. Tarr as Minority leader,” said Senator Fattman. “Senator Tarr is truly well respected in the state senate and throughout Massachusetts, and I look forward to working with him in making Massachusetts a more affordable and accountable place to live.”


Under Tarr’s leadership, the Republican caucus will continue to play a big role in shaping legislative measures.  By working with the Senate Republican Caucus, Senator Tarr vows to continue to fight for fiscal discipline, prevent illegal immigrants from collecting state benefits, avert fraud within the state’s welfare programs, and to cut the cost of state government.