Boston- Regional school districts struggling to meet the rising costs of transporting students will get a boost under a proposal from Senate Minority Leader Bruce Tarr to fully fund the state’s obligation. Tarr, who has proposed adding $14.5 million to a line item in the state Senate’s budget up for debate next week, pointed out that the appropriation was last funded fully over 20 years ago. The Senate budget uses a rate of reimbursement at 85%.

Although existing state law requires that the Commonwealth shall reimburse districts “to the full extent of the amounts expended for such transportation” funding is subject to annual appropriation. Organizations including the legislatively created Special Commission on Improving Efficiencies Relative to Student Transportation, the Massachusetts Association of Regional Schools, and State Auditor Suzanne Bump say that funding levels are consistently insufficient and exacerbate financial challenges faced by the schools.

“It’s been decades since the state actually met the obligation it made to pay the full share of bussing school children to regional schools and it creates an unfair strain that ultimately takes a toll on kids and their families,” said Senator Tarr (R-Gloucester) a consistent advocate for full-funding. “Some regional districts are just two towns while others have a dozen towns spread out of 500 miles - school transportation is an important component of school and municipal budgets and they deserve our support.”

Student transportation requirements are governed by both state and federal statutes and regulations. Funding for regional school transportation, affirmed in Chapter 71, a state law adopted more than 70 years ago, is appropriated through a budget line item in the state’s annual operating budget. However, unlike other city and town districts, regional school districts are required to bus students in every grade and usually over much longer distances.

“Every student deserves access to high-quality education but regional schools face real challenges because budgets have funded set reimbursements at between 70 and 85 percent of their student transportation costs. And, unlike other forms of education funding, regional transportation funds are not apportioned based on need,” said Tarr.

Regional schools, whether academic, vocational or charter, are provided with state transportation funding for students by way of a reimbursement. The state used to pay regional districts for 100 percent of the costs of transporting students, but the fund has not reached that level for 20 years.

Some regional school districts were likely induced to form, at least in part, due to an expectation of this funding. With the adoption of the Tarr transportation amendment those expectations can be once again fulfilled. The Senate is expected to take up the budget bill in debate beginning Tuesday. https://malegislature.gov/.../SenateDebate/Amendments/628 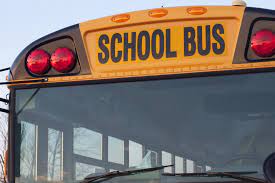