Last night, I attended an important gathering to discuss serious challenges faced by every community - mental health illness. The program featured keynote speaker Kevin Hines who survived jumping off the Golden Gate Bridge in a suicide attempt. In 2017 he released a documentary "Suicide: The Ripple Effect" to help reduce the number of suicides and suicide attempts around the world. The program was sponsored by Gloucester Public Schools, Gloucester, MA Health Department in collaboration with Gloucester Fishermen Athletic Association, GPS, SEPAC, and GHS Mental Health Ambassadors. 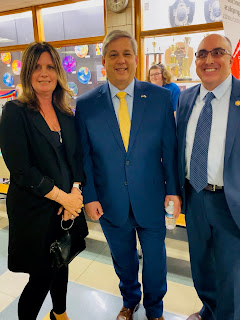 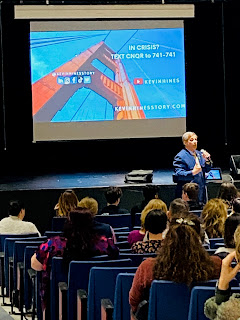