Tarr led lawmakers in 2014 to adopt the Protecting Animal Welfare and Safety bill, also known as the PAWS Act, following the discovery of extreme abuse and cruelty in the case of “Puppy Doe”, a dog that was stabbed in the eye, had her shoulder, elbow and ankle broken, was burned and had her tongue split to resemble a serpent.

“The Puppy Doe animal torture case inspired strong legislative action designed to increase protections for animals and prevent animal cruelty and neglect. PAWS II builds on the foundations of our original law and will ensure that abuse is reported and enforced, that animal drownings are outlawed, and that our animal control laws reflect the seriousness of animal torture and abuse,” said Senator Tarr.

Tarr said that in addition to lessening animal cruelty there could be a corresponding reduction of crimes against people citing a Massachusetts study which found that a person who has committed animal abuse is five times more likely to commit violence against people.

“Like the original PAWS law, PAWS II protects pets and people and that has attracted many legislative sponsors and champions who have worked tirelessly across the state. With the support we received today I am hopeful that the bill will be approved and sent to Governor Baker,” said Tarr.

“PAWS II builds upon the success of the original PAWS Act by protecting defenseless animals from needless and unconscionable suffering,” said Senate Rules Committee Chairman Mark Montigny, lead cosponsor of PAWS II. “I look forward to working with Senator Tarr to ensure this legislation receives swift passage in the Senate.”

“As a proud dog owner, and having served as an Environmental Police Officer, I certainly recognize the importance of protecting vulnerable animal populations,” said Senator Michael O. Moore (D-Millbury) who serves as Senate Chair of the Joint Committee responsible for advancing the bill. “I was pleased to offer my support for this legislation which offers commonsense reforms to further protect animals in our Commonwealth. I appreciate the hard work of the Minority Leader to champion this legislation and it is my sincere hope that S.1159 will reach the Senate floor for additional action.”

Tarr notes that he and the coalition of supporters will seek to have the bill scheduled for legislative action in the Senate. 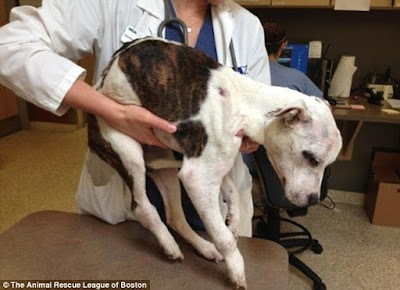