Decades ago Congress declared March as Women’s History Month. It was not an act of Congress that secured Roberta “Bobbi” Gibb a special place in history; that took an act of courage. 50 years ago Bobbi Gibb, now a resident of Rockport, became the first woman to complete the Boston Marathon. She was my invited guest in the Senate today where she was given a Senate resolution commending her groundbreaking accomplishments.

After training for two years for the 1966 Marathon, she was told that she would not be sanctioned to run because the Amateur Athletic Union, an organization meant to promote sport and set standards, had determined that women could not compete in running events longer than a mile and a half. Undaunted, she hid near the start line in Hopkinton and ran the 26.2 miles to Boston obliterating with each stride the misplaced stereotypes. She was met at the finish line, ahead of two-thirds of the official runners, with a tremendous ovation and the handshake and praise of Governor John Volpe. Her first place finishes in 1967 and 1968 have inspired generations of runners both male and female.

On April 18th she will be honored as the Grand Marshal of the 2016 Boston Marathon. Roberta “Bobbi” Gibb is an extraordinary and gifted woman and she has truly earned a place in history. 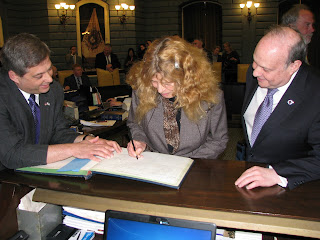 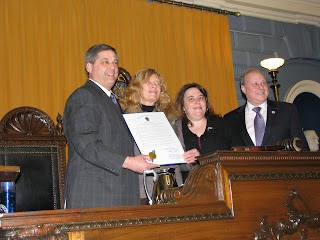 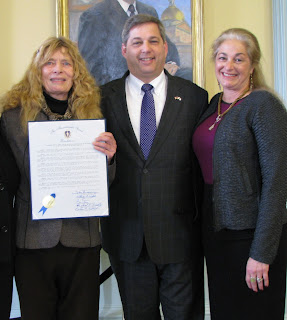