Today I had the honor of attending the Massachusetts Executive Office of Public Safety and Security’s 24th Annual “Firefighter of the Year” Award Ceremony.  Governor Deval Patrick, Secretary of Public Safety and Security Andrea Cabral, State Fire Marshal Stephen Coan, and I were all on hand to support and honor firefighters across the Commonwealth for their acts of heroism and bravery.

Among today’s recipients were members of the Gloucester Fire Department: Captain Joseph Aiello, and Firefighters Jonathon Sanger, Charles Scola, James Burke, Robert Rivas, Frank LeClerc, James Hannon, and Paul Hudson, who were recognized for their bravery in trying to rescue a 15-year-old girl in April during a house fire on Summer Street in Gloucester, and three other fires throughout the city earlier this year.


I am deeply appreciative of the efforts of the members of the Gloucester Fire Department and all of those in the fire service throughout our state for their personal commitment and sacrifice on behalf of our safety and well-being. 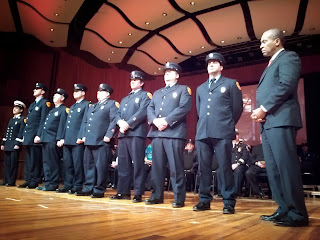 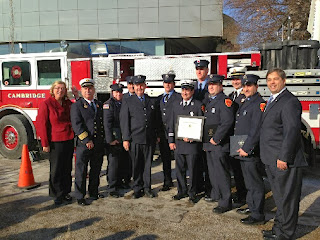