Today the Massachusetts State House welcomed Major General Scott Rice of the Massachusetts National Guard and the Army and Air National Guard Units who were deployed to Iraq and Afghanistan.  Cannons positioned next to the Robert Gould Shaw Memorial located at the top of the Boston Commons were fired to salute these brave soldiers and to commence the start of the event, which took place at the State House’s Memorial Hall.


Today’s event provided me with a wonderful opportunity to thank those who continue to serve us overseas protecting the Commonwealth, the nation, and democracy.


Posted below are several photos that were captured at the event including one where Executive Officer of the 54th Massachusetts Volunteer Infantry Regiment, Lt Col David Hencke, presented me with a commemorative 54th Regiment lapel pin. 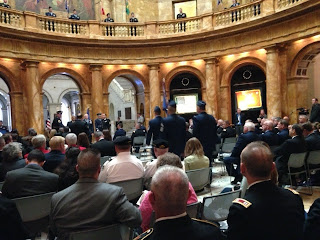 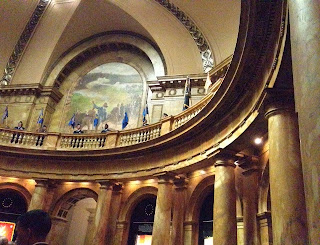 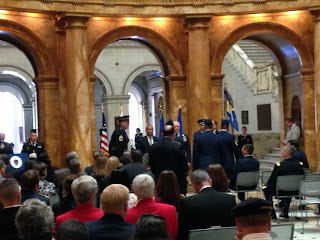 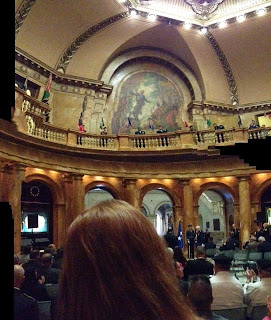 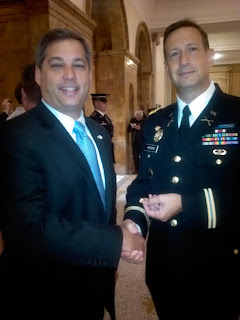