This past Friday I had the opportunity to tour the Groveland Wells Superfund Site located at 62 Washington Street in Groveland, MA. In 1979 the Town of Groveland shut down two wells that provided the community’s primary source of drinking water due to groundwater contaminants above federal standards that had leached down to the subsurface reservoirs. Due to the elevated toxins in the water, the United States Environmental Protection Agency financed the design and construction of the groundwater facility that has now been operational since its completion in 2000.

The polluted groundwater is contaminated primarily by a substance called TCE (Trichloroethylene), a man-made chemical known as a volatile organic compound (VOC) which was used at the former Valley Manufacturing Product Company (VMPC) to degrease screws and metal parts. At least 3,000 gallons of waste oil and TCE were released due to a major leak of an underground storage tank as well as the illegal dumping of waste on the surface as a result of manufacturing operations at the company. Other hazardous wastes that were released when the company was operational include oils, mineral spirits, other VOCs, and acid bath wastes.

The facility utilizes an extraction process that pumps approximately 150 gallons of groundwater per minute and recently started using Electrical Resistive Heating (ERH), a thermal treatment system that was installed in early 2011. The ERH process heats up the groundwater and contaminated soil causing contaminants to separate by evaporation. To date the facility has removed over 1,300 pounds of total VOCs, 18 gallons of non-aqueous phase liquids (NAPL), 311 million cubic feet of vapors, and 2 million gallons of groundwater and condensate, which has resulted in a 97% reduction of TCE in the groundwater.

Please click here to read more about the groundwater facility. Posted below are a few photos that captured my tour of the Superfund Site on Friday. 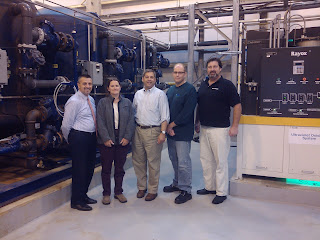 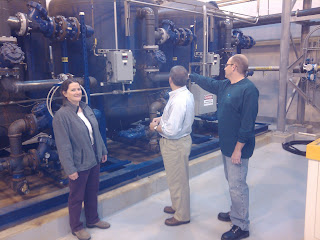 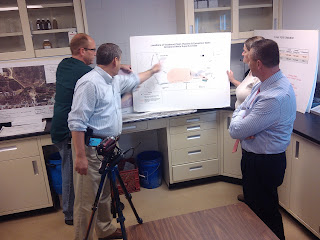