Modernizing the Law to Protect Children 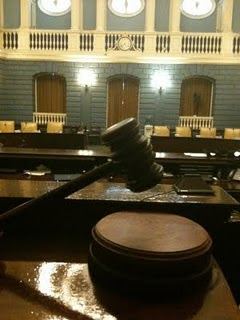 In response to the Supreme Judicial Court’s recent decision in Commonwealth v. Zubiel regarding the transmission of obscene messages to minors, I filed a bill yesterday that would expand the current definition of “obscene matter” to include “electronically generated or transmitted materials” to modernize the law. The SJC overturned on appeal the conviction of Matt Zubiel for disseminating obscene matter electronically to an undercover officer he believed was 13 years of age on the grounds that current law prohibits transmission of obscenity if it is handwritten or printed, but not if it is produced electronically. We have been working closely on this issue with Senator Robert Hedlund of Weymouth, from whose district the Zubiel case originated.

Changing technology clearly mandates that we modernize state statutes to protect children in our Commonwealth. The Zubiel case demonstrates that they are at risk, and we must act decisively to confront that risk.

My bill, “An Act to Protect Children of the Commonwealth from Online Predators,” disambiguates state statutes surrounding the dissemination of “obscene matter” by making it illegal to use electronic devices, including both internet instant message chats and text messages, to send harmful materials to minors. If passed, it will provide prosecutors the proper tools to convict. Thirty-three members from both the State Senate and House of Representatives have co-sponsored this bipartisan bill.