Senator Tarr, in remarks from the Senate Chamber during debate, told colleagues that children in need of care face a mental health care system that fails them.

“Even with insurance coverage, there are thousands of children across our state each and every year who are boarded in hospital rooms instead of being given access to appropriate care,” said Senator Tarr (R- Gloucester). “I proposed the creation of a pediatric mental health task force because there are too many children with a treatable mental health disorder who lack access to treatment, face a decline in available credential professionals, wait the longest for an available bed in a facility, and they suffer the most when the system fails them.”

Tarr’s amendment directs a task force composed of the Secretary of Health And Human Services, the Assistant Secretary for MassHealth; the Commissioner Of Public Health; representative of the Massachusetts Health and Hospital Association, the Massachusetts Medical Society, providers of pediatric mental health, representatives of academic medical institutions and parents or family members of consumers of pediatric mental health services.

The task force is charged with producing a comprehensive analysis of the delivery of pediatric mental health services and making recommendations to improve the availability, cost-effectiveness and access of those services by an August 1st deadline

. The bill Senate 2519, an Act Addressing Barriers To Care For Mental Health, was adopted by unanimous vote of the Senate following bipartisan input into its development. Tarr, noting the long gap since the adoption of the state’s mental health parity law of 2000, called the passage “an extremely momentous point in time for the Massachusetts Senate.”

One major area of concern for children in crisis has come to be known as ‘boarding’, keeping mental health patients in hospital emergency wards, without treatment, for more than 12 hours because there is are no available placement in appropriate care settings.

“A day doesn’t go by where we don’t hear of a child in the Commonwealth who is in a crisis situation because we have not developed and implemented capacity to deal with these issues in every part of the state,” Tarr said.

According to Massachusetts Health Policy Commission data, one in five teenage children who sought emergency care for a behavioral health issue waited at least half a day for treatment. 13 percent waited more than a week for care. In contrast, the same review found that 9 percent of adults waited 12 hours.

Tarr said that in addition to the severe shortage of mental health professionals there are particularly great gaps in the availability of licensed mental health clinicians for children with some families waiting many months for an initial psychiatric appointment. Psychiatrists were the second most-recruited specialty nationwide according to a recent study by health care consulting firm Merritt Hawkins in their Review of Physician and Advanced Practitioner Recruiting Incentives.

The Senate bill now moves to the House where it is eligible for further action. 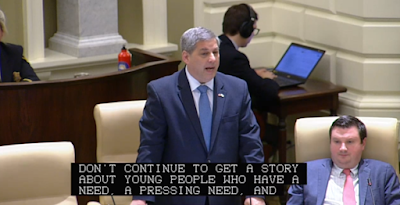