Theresa Marciello, Director of Elderly Services at the Buzzell Senior Center in Wilmington was honored as a member of the Massachusetts Commission on the Status of Women’s 2019 class of Unsung Heroines yesterday at a State House ceremony.  I nominated Ms. Marciello for this recognition because of her years of dedication and service to elders and others through her work at the senior center. She was honored for her outstanding contributions to the citizens of Wilmington and her frequent collaborations with a wide variety of groups in the community.

For more than 20 years Terri has been a guiding light of the Wilmington Department of Elder Services; she leads the town’s efforts in providing programming and services to the town’s senior population.

The Unsung Heroines are women who often don’t make the news, but make a difference.  They are the women who use their time, talent and enthusiasm to enrich the lives of others and make positive changes in their neighborhoods, cities and towns.

Other Unsung Heroines living in communities in our Senate district who were nominated by State Representatives were:
Laurie Burzlaff of North Andover.  Lauris has served as a School Committee member, is actively involved in the Big Sister organization, has been a foster parent, and she was a valuable resource to the citizens of North Andover following the Columbia Gas disaster.  She was nominated by Representative Christina Minicucci.

Karen Martin of  Boxford. As a member of the North Parish Unitarian Universalist Church Karen has been actively involved in encouraging the passage of legislation and public policy that responds to our climate change needs.   She was nominated by Representative Lenny Mirra.

Antigoni Woodland of Boxford.  Dr. Woodland  is an OB-GYN who has actively engaged in pursuing greater access to healthcare for women.  In addition, she has advocated for the rights of women, children, and families.  She is a member and Treasurer of the Melissa Women’s Charitable Society of the Greek Orthodox Church of Ipswich and the Treasurer of the Boxford Democratic Town Committee. She was nominated by Representative Tram Nguyen.

Each are mentors, volunteers and innovators who do what needs to be done without expectations of recognition or gratitude. These women are the glue that keeps a community together and every community is better because of their contribution.   The ceremony included remarks from Lieutenant Governor Karyn Polito, Speaker of the House Robert A. DeLeo, and Senate President Karen Spilka.

The Massachusetts Commission on the Status of Women is an independent state agency that was legislatively created in 1998 to advance women of the Commonwealth to full equality in all areas of life and to promote their rights and opportunities. The MCSW provides a permanent, effective voice for the women of Massachusetts. 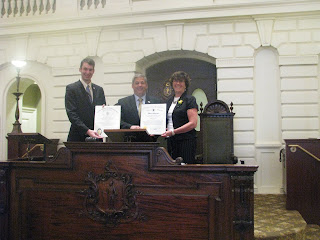 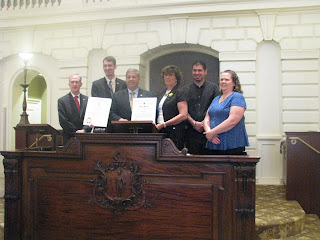