In anticipation of tomorrow's celebration, a bust of abolitionist Frederick Douglass has now been placed inside the Senate Chamber - this may be the first time a bust or statue of a person of color has been in the State House.

I was pleased to be a member of the committee that helped guide the year and a half long renovation, we have made the chamber more accessible and we have honored the contributions of our diverse state.

Last month, in my first remarks on the floor of the 'new' chamber, I shared the story of Angelina Grimke who was an inspiration for Douglass. From this chamber in 1838 Grimke gave a speech advocating the abolition of slavery. She was the first woman to address a legislative body in the United States. Frederick Douglass often quoted her book, "American Slavery As It Is", in his speeches given in cities and towns of Massachusetts.

In addition to his bust, on loan from the Museum of African American History - Boston and Nantucket, the chamber now displays this text from Douglass - -- "Truth, Justice, Liberty, and Humanity Will Ultimately Prevail." 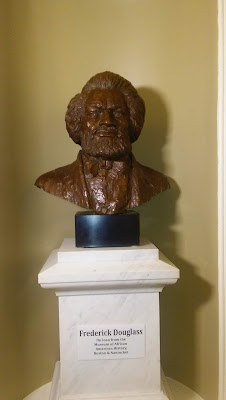 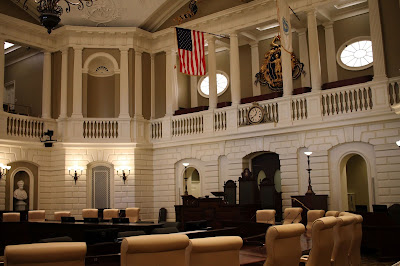 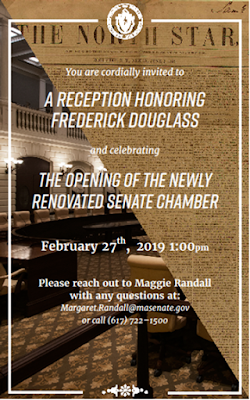