Congratulations to the Wilmington Sons of Italy Jr. Lodge, Angelo Giuseppe Roncalli Lodge #2183, for reaching a major milestone – 50 years of charitable contributions, the promotion of social justice, and serving the cultural community.

Since its inception 50 years ago, the club has raised and distributed more than $1.6 million to the town and other charitable causes.

In these photos - Laura Caira, who received a surprise special recognition for her successful efforts to found the Wilmington club; Michael Caira, Master of Ceremonies and former Town Manager; Club President Charles DeStefano. 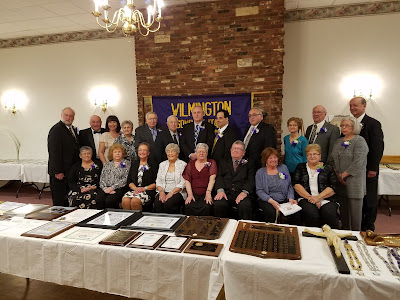 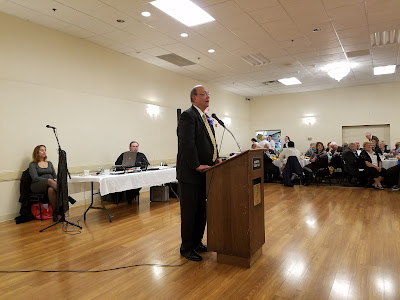 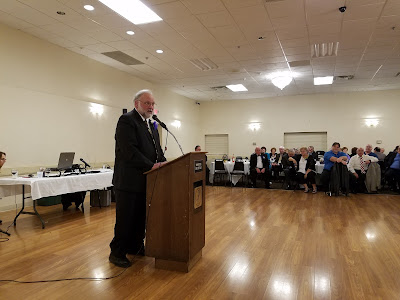 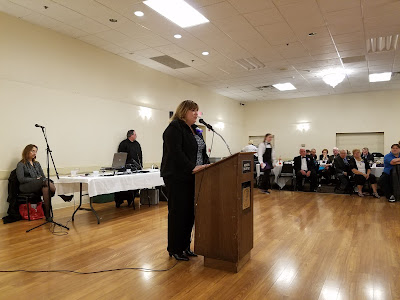 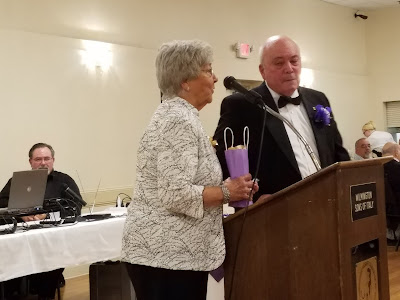 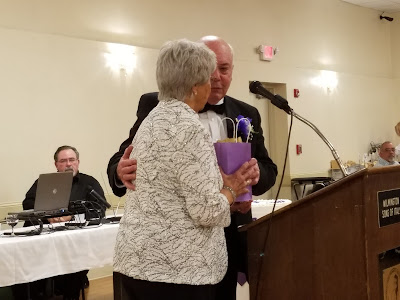 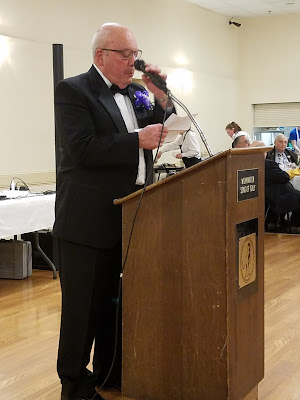 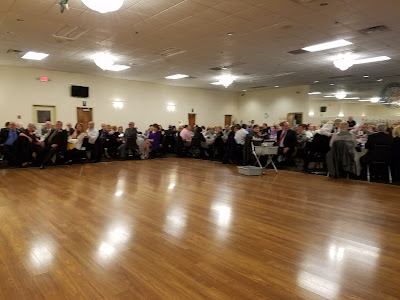