365,000 veterans live in our Commonwealth: they all deserve our thanks and they should be frequently in our thoughts. Today, in a Memorial Hall ceremony, we observed Iwo Jima Day at the State House to honor the Marine veterans who served there in the major World War II battle in 1945.

Governor Charlie Baker, the first Massachusetts Governor to attend Iwo Jima Day, greeted each of eight Iwo Jima veterans who were present personally. Department of Veterans' Services Secretary Francisco Ureña, State Senator McGee (whose father fought in the battle and who later helped establish the Iwo Jima Day ceremony), State Senator Mike Rush, a Lieutenant in the United States Navy, Sergeant Richard Gates, a marine veteran who was part of the American invasion, and others addressed the gathering.

Governor Baker expressed a sentiment that captures my feelings about our veterans “The only reason we are able to do the people’s business is because of men and women like you, and your families, since the start of this nation’s history. They signed up to put themselves in harm’s way to defend our freedoms and our way of life.”

In attendance today was Larry Kirby a Manchester by the Sea resident and friend. Now 93 years old, Larry was a young man when he fought the enemy hand-to-hand more than 70 years ago. He lost 22 close friends. He once said that he visits with them every day in his mind.

Before the invasion, there were 22,000 Japanese soldiers heavily entrenched within a network of tunnels and caves. The fighting was particularly fierce and the casualties were high. When it was over, the U.S. Marines were victorious, they captured the island and raised and American flag high on Mount Suribachi on February 23, 1945

American forces suffered as many as 7,000 dead and 17,400 wounded in the battle. "All those young boys - they didn't just die, they gave their lives," said Mr. Kirby.

If you are a veteran, or care about a veteran, I want you to have this link to our nation-leading set of veterans benefits administered through the Massachusetts Veterans Services. 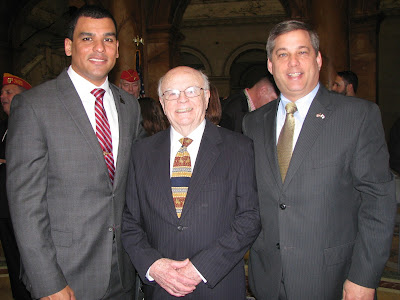 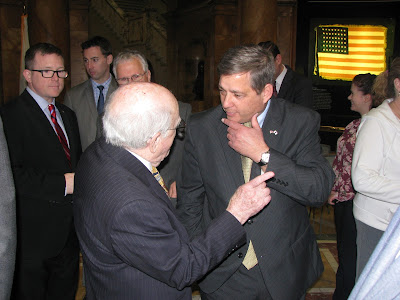 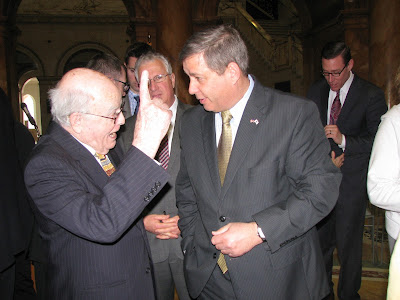 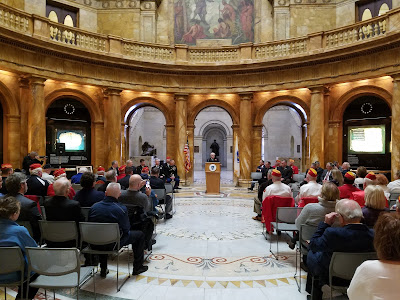 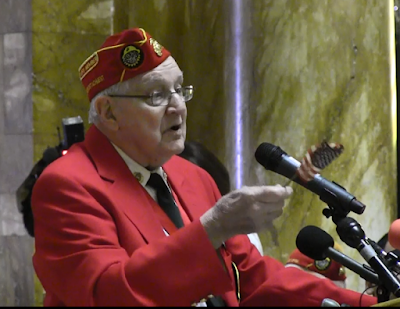