A Celebration of the Arts

The Massachusetts Cultural Council announced the winners of the 2017 Commonwealth Awards in a State House event today. These awards honor exceptional achievement in the arts, humanities, and sciences from among more than 500 non-profit organizations that receive grants through the Council.

The Commonwealth’s creative economy, fueled by these non-profits, generates $2 billion of economic impact throughout the state each year. The creative economy represents the third largest industry in the state. Our tax dollars provide $14 million in arts and culture grants which produce $104 million in taxes and spending by patrons which are collected by the state - a seven to one return. In addition, these organizations have a strong employment history, having a base of 62,000 jobs.

More than an economic multiplier, our cultural originations generate thousands of dedicated volunteers who support an average of 140 events each day. Not only that, but reports show that students who participate in the arts have lower dropout rates and a higher chance of attending college.

The 175 members of the Springfield Sci-Tech High School Band performed on the Grand Staircase in front of Memorial Hall and filled the halls of the State House with their music.

The Massachusetts Cultural Council promotes excellence, access, education, and diversity in the arts, humanities, and sciences to improve the quality of life for all Massachusetts residents and to contribute to the economic vitality of our communities. 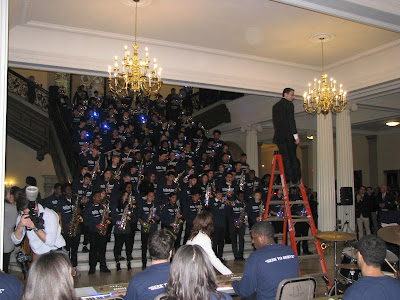 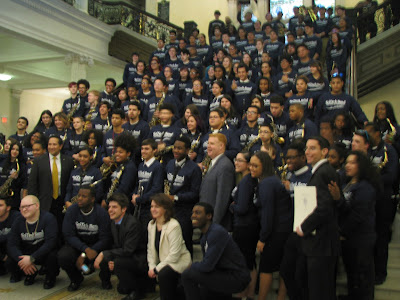 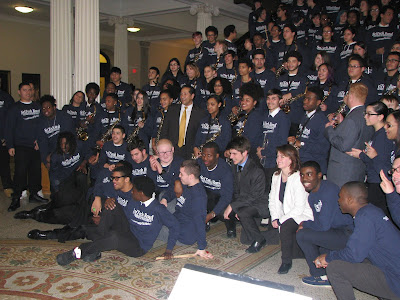 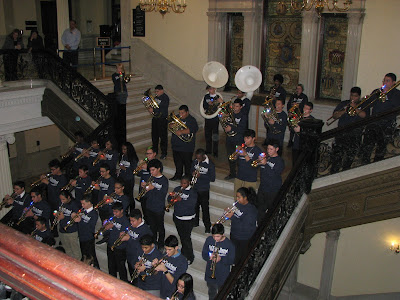