I was very pleased recently to introduce to the State Senate a physician who, through his pioneering work, has impacted the lives of hundreds of millions of people across the globe.

For his contributions in creating therapies against parasitic diseases and infections Dr. William Campbell of North Andover, Massachusetts over was awarded the Nobel Prize in medicine in 2015. He helped develop a class of drugs called Avermectins, medicine which eradicates river blindness and reduces filariasis, also known as elephantiasis.

One third of the world’s population is at risk of contracting parasitic diseases in regions such as Latin America, Sub-Saharan Africa and Asia. These drugs, which kill parasites in humans, is currently being distributed for little to no cost, which will be essential in remedying these diseases.

Dr. Campbell is known as a modest, selfless, humanitarian who is passionate about reliving human suffering. He was accompanied in the Senate Chamber by his wife Mary Mastin Campbell and colleague Dr. Sherrilyn M. Sethi of Clinton. Dr. Sethi has a Doctorate in Medical Humanities and she is Assistant Residency Director for Curriculum Development and Evaluation and an Instructor of Medicine at UMass Medical. 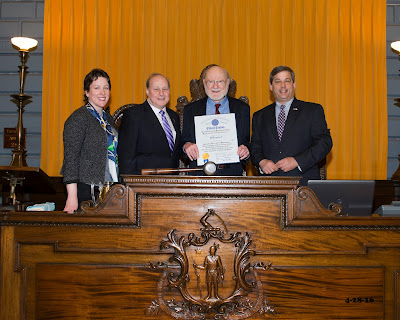 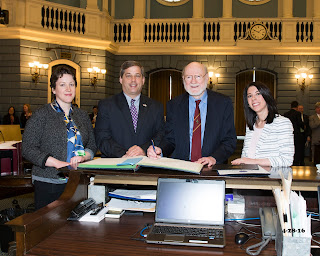 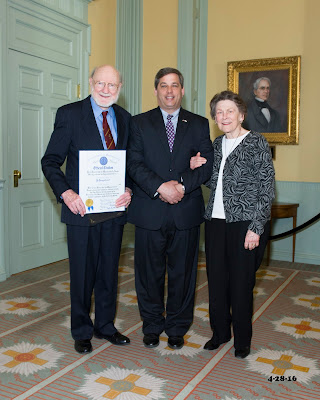 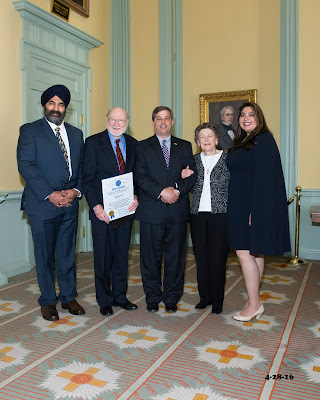