Taking a Stand Against Terrorism 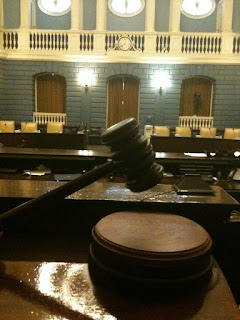 When an invitation was extended to Raymond Levasseur a convicted terrorist, to speak to students at the University of Massachusetts at Amherst, action needed to be taken. While the Governor insisted nothing could be done to prevent this from happening, Senate Republicans rose to the challenge.

I was pleased to co-sponsor and assist in the drafting of a resolution initiated by Senator Robert Hedlund ( R-Weymouth) condemning the potential appearance by a man whose organization was responsible for the murder of a New Jersey State Trooper, the shooting of two Massachusetts State Troopers, and the bombing of the Suffolk County Courthouse in 1976.

Senate Republicans were joined in this effort by our colleagues across the aisle, many of whom co-sponsored the resolution as well. When a final vote was taken, all but one member of the Senate voted in favor of the resolution, which passed overwhelmingly. Subsequently Levasseur’s parole office prohibited him from coming to Massachusetts, and the appearance, which was as to occur today, was canceled.

Clearly this was an important victory, protecting our state’s flagship institution of higher learning from the talent of an unrepentant architect of domestic terror.

The text of the resolution is posted below: