In 1965, Martin Luther King Jr. addressed the House and Senate from the rostrum of the House Chamber at the State House in Boston and delivered a speech that helped bring focus to the Voting Rights Act that would become law just a few months later.

“There are still too many individuals who argue and who feel that the problem of racial injustices can only be solved by waiting on time,” said Dr. King. “Ultimately we must come to see that human progress never rolls in on the wills of inevitability. It comes through the tireless efforts and the persistent work of the dedicated individuals who are willing to be co-workers with God.” 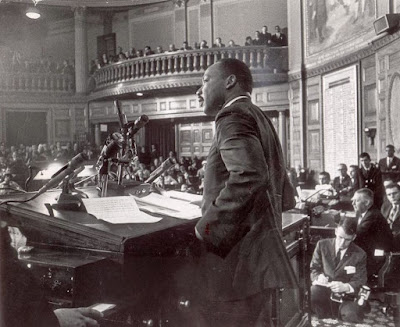