Boston- On Thursday, June 01 the Gloucester High School Junior Marine Corp JRTOC team visited the Massachusetts State House as the very special guests of State Senate Minority Leader Bruce Tarr (R-Gloucester) and State Representative Ann-Margaret Ferrante (D-Gloucester). The legislators invited the team to the capitol to recognize its outstanding achievements and the exemplary way in which these students have represented Massachusetts in national competition.

Tarr and Ferrante welcomed the team to an informal session of the Massachusetts Senate, where Tarr introduced them to the members, staff and other guests of the Senate. Following the session the group was photographed with the legislators in the well of the Senate chamber and Tarr and Ferrante provided personal tours of both the Senate and House chambers and Memorial Hall, with particular attention paid to the many points of recognition of those who have served in the armed forces throughout history at the State House. 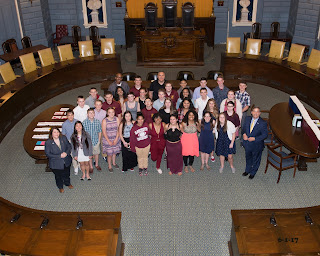 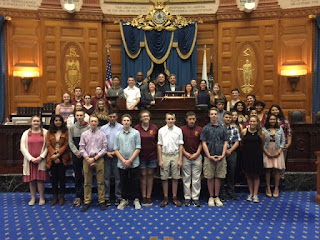 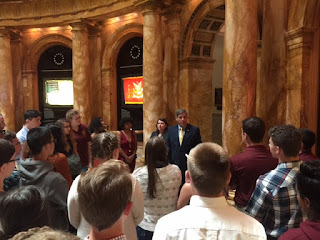 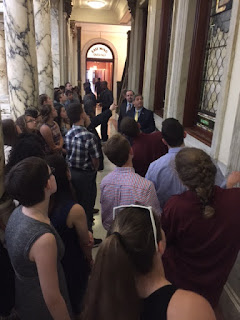 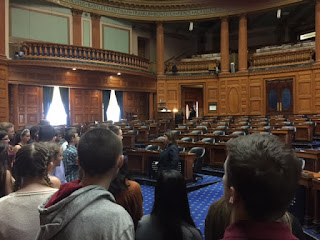 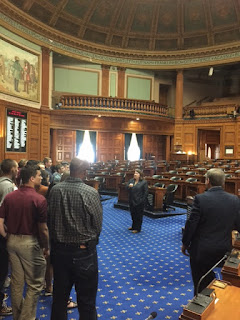 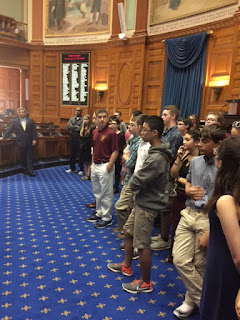 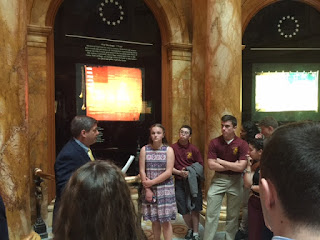 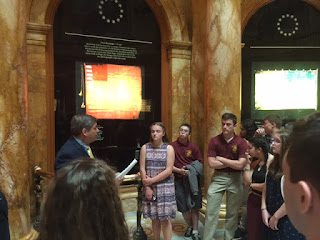 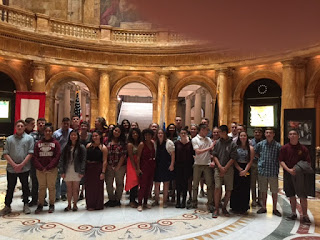 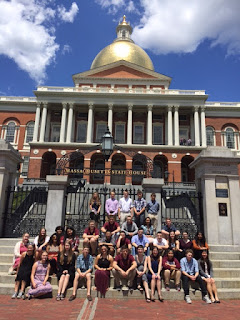 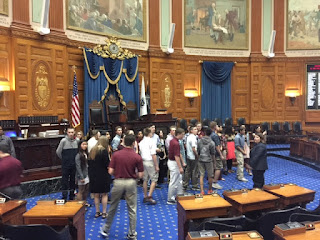