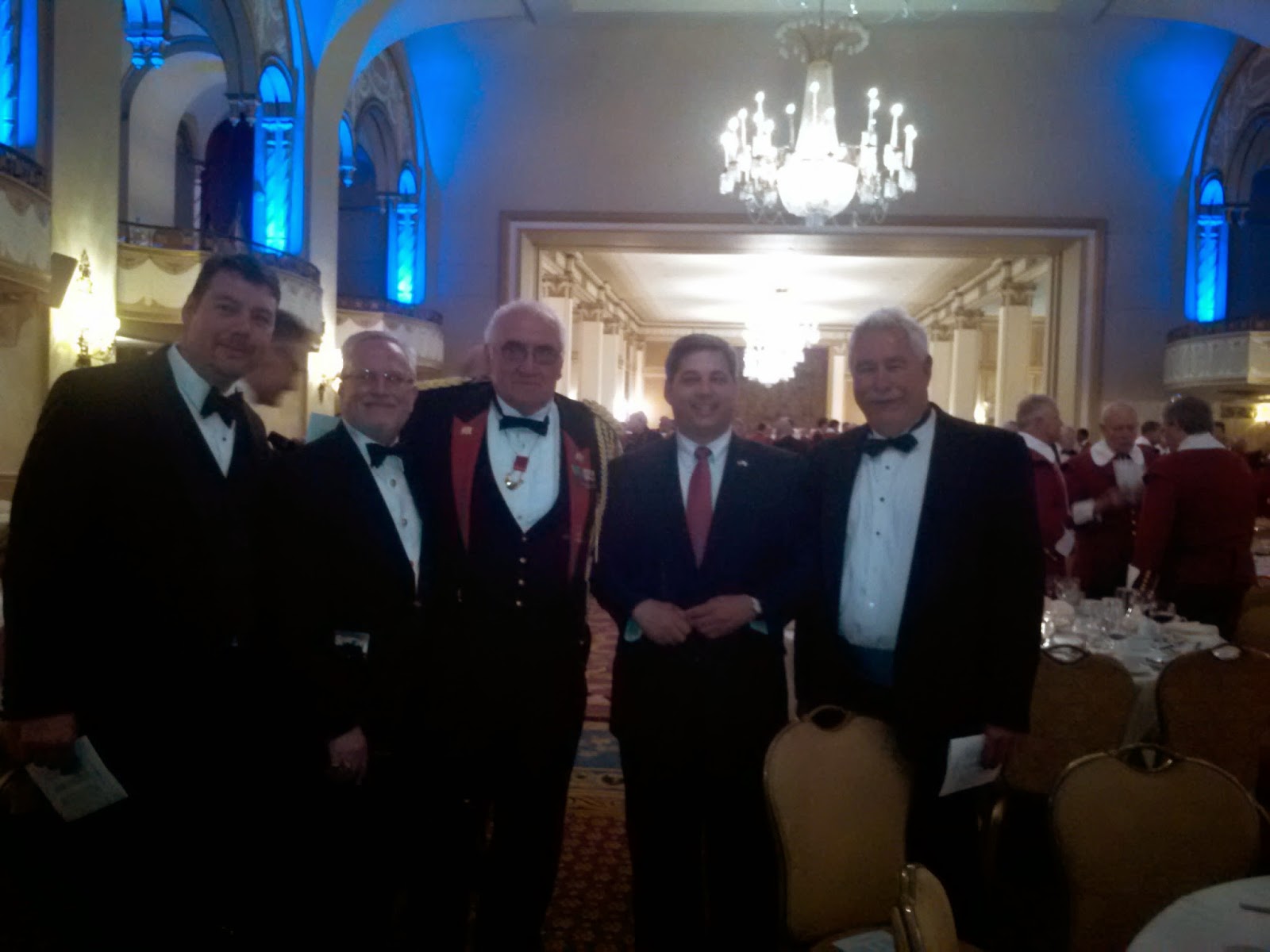 On Monday, June 2nd, I had the honor to attend the 376th anniversary dinner for the founding of the Ancient and Honorable Artillery Company at the Park Plaza Hotel in Boston, MA.  In 1638, after petitioning then Governor Winthrop to form a company to offer instructions in discipline and military tactics to provide better protection procedures, the Ancient and Honorable Artillery Company became the first chartered military company in the Western Hemisphere.


90% of the company’s members were loyal to the colonies during the Revolutionary War in 1775, and were present during many prominent battles, such as Bunker Hill, Bennington, Valley Forge, and Yorktown.  The Ancient and Honorable Artillery Company has had many prominent members over the years, including Presidents James Monroe, Chester Alan Arthur, Calvin Coolidge, and John F. Kennedy.


Currently, the company’s armory is located at the upper floor of Faneuil Hall, and is open to the public daily.  Featured there is a military museum and library, where relics of every war that the United States has engaged in are maintained and preserved.


To learn more about the history of the Ancient and Honorable Artillery Company, please click here to visit the organization’s website.  Posted below are several photos I was able to capture during Monday night’s anniversary dinner. 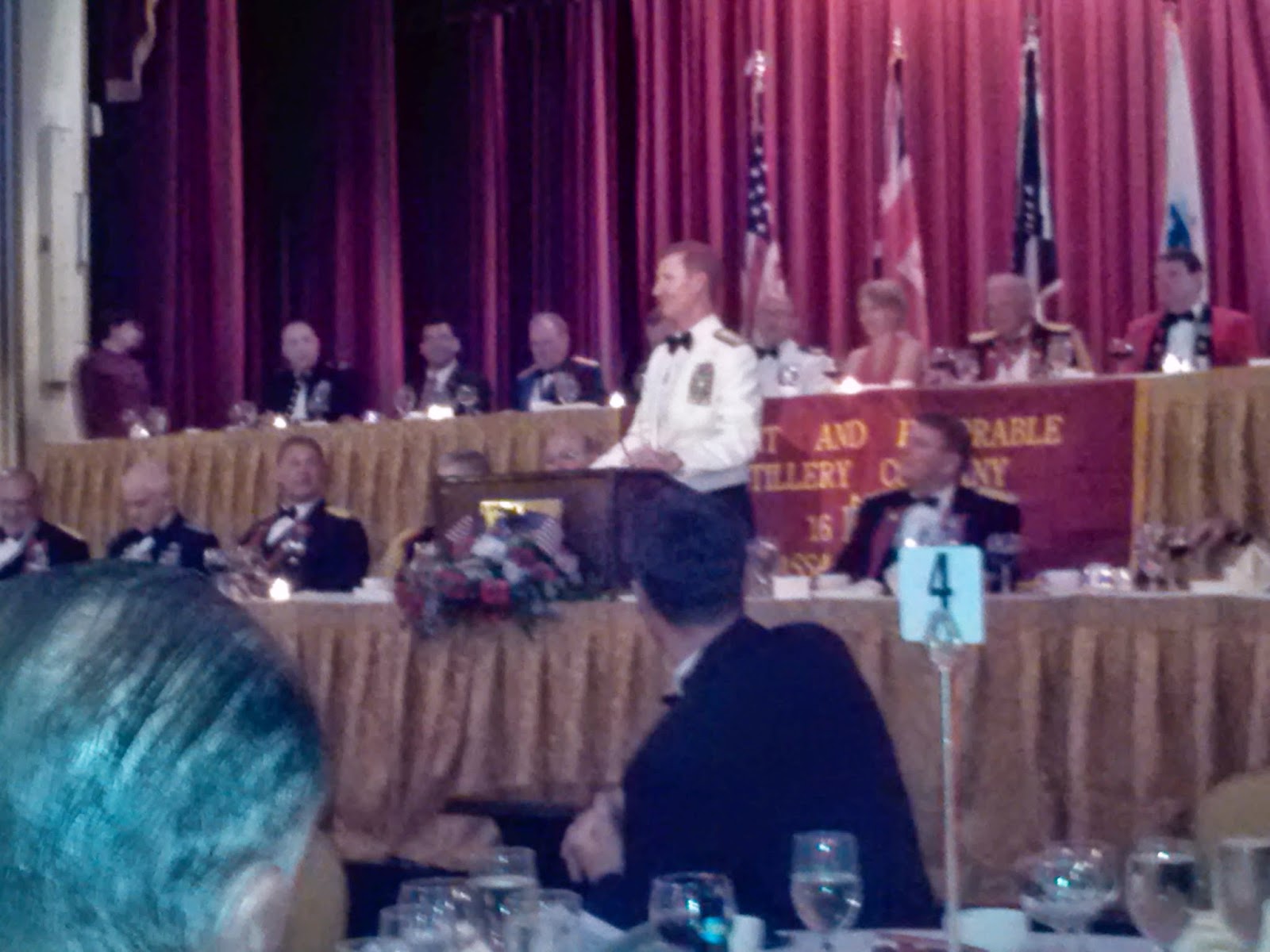 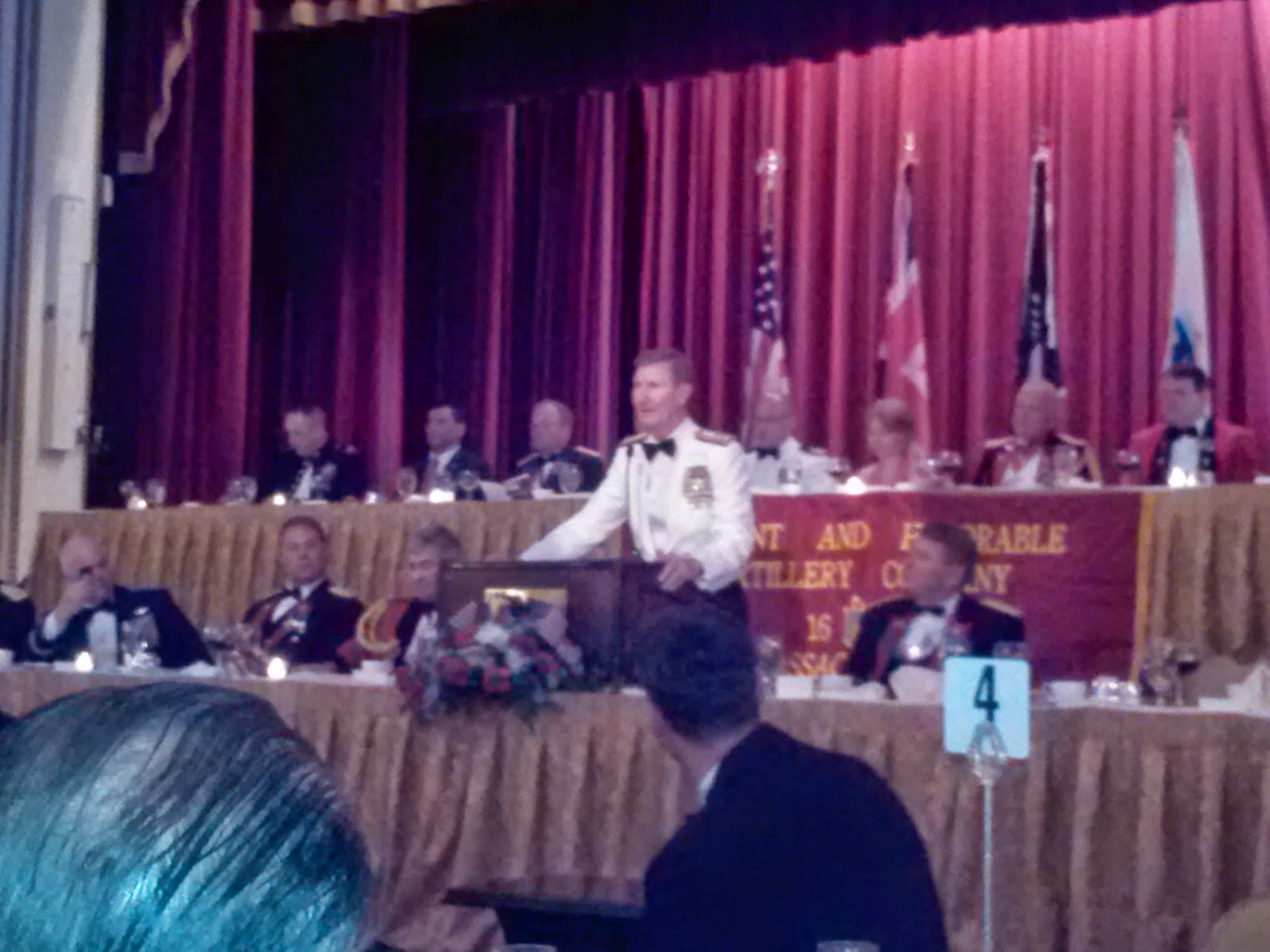 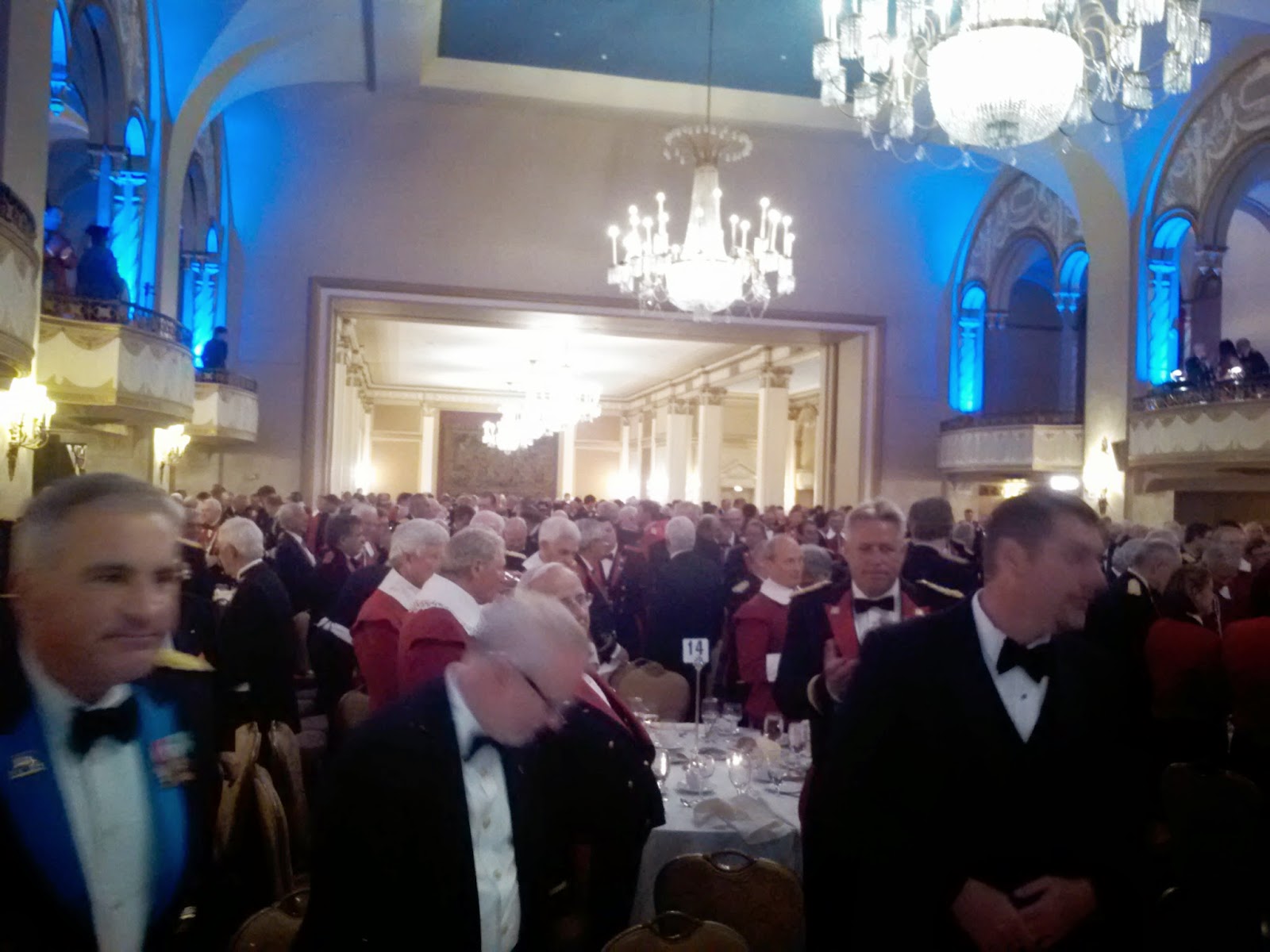 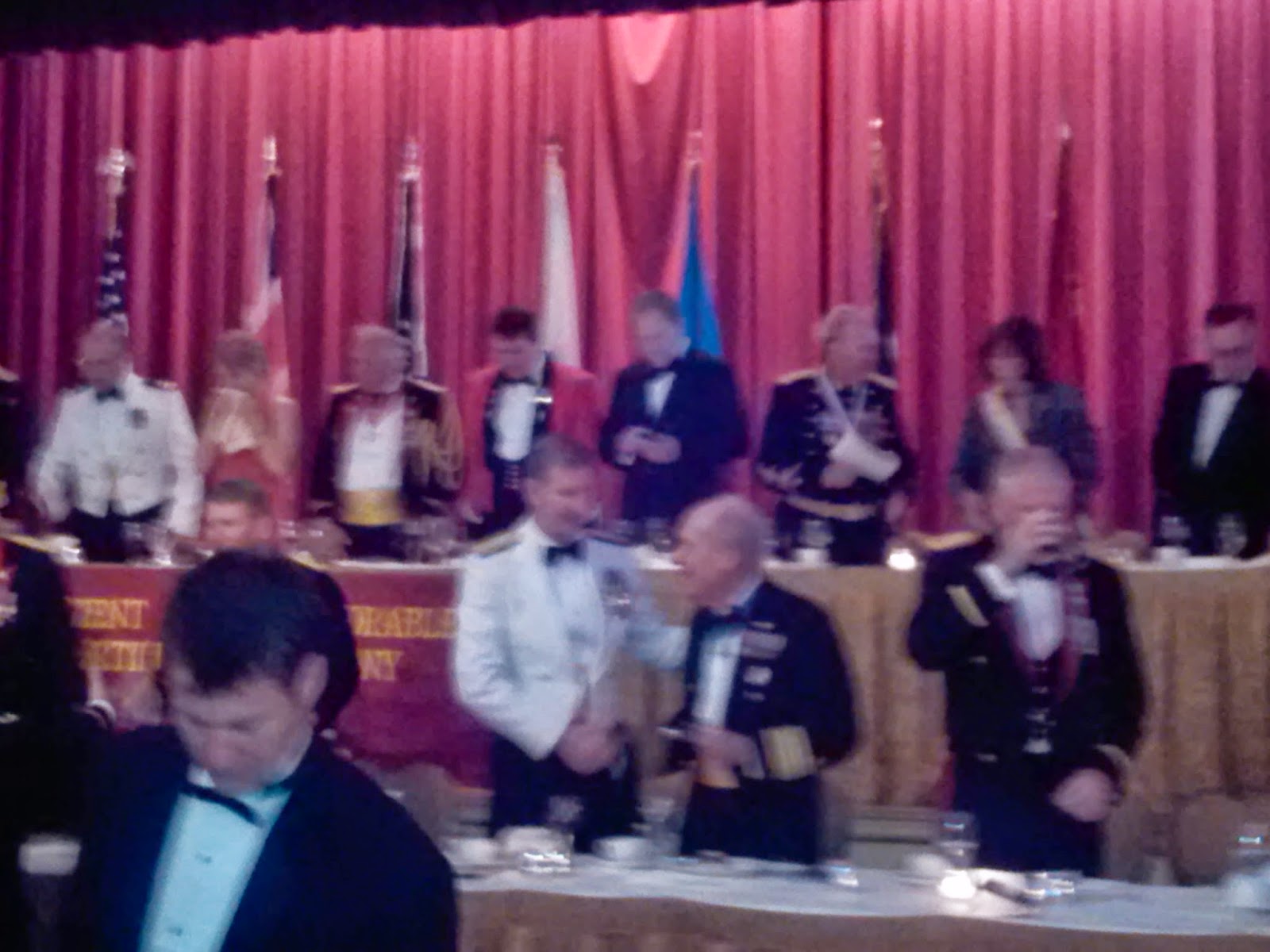 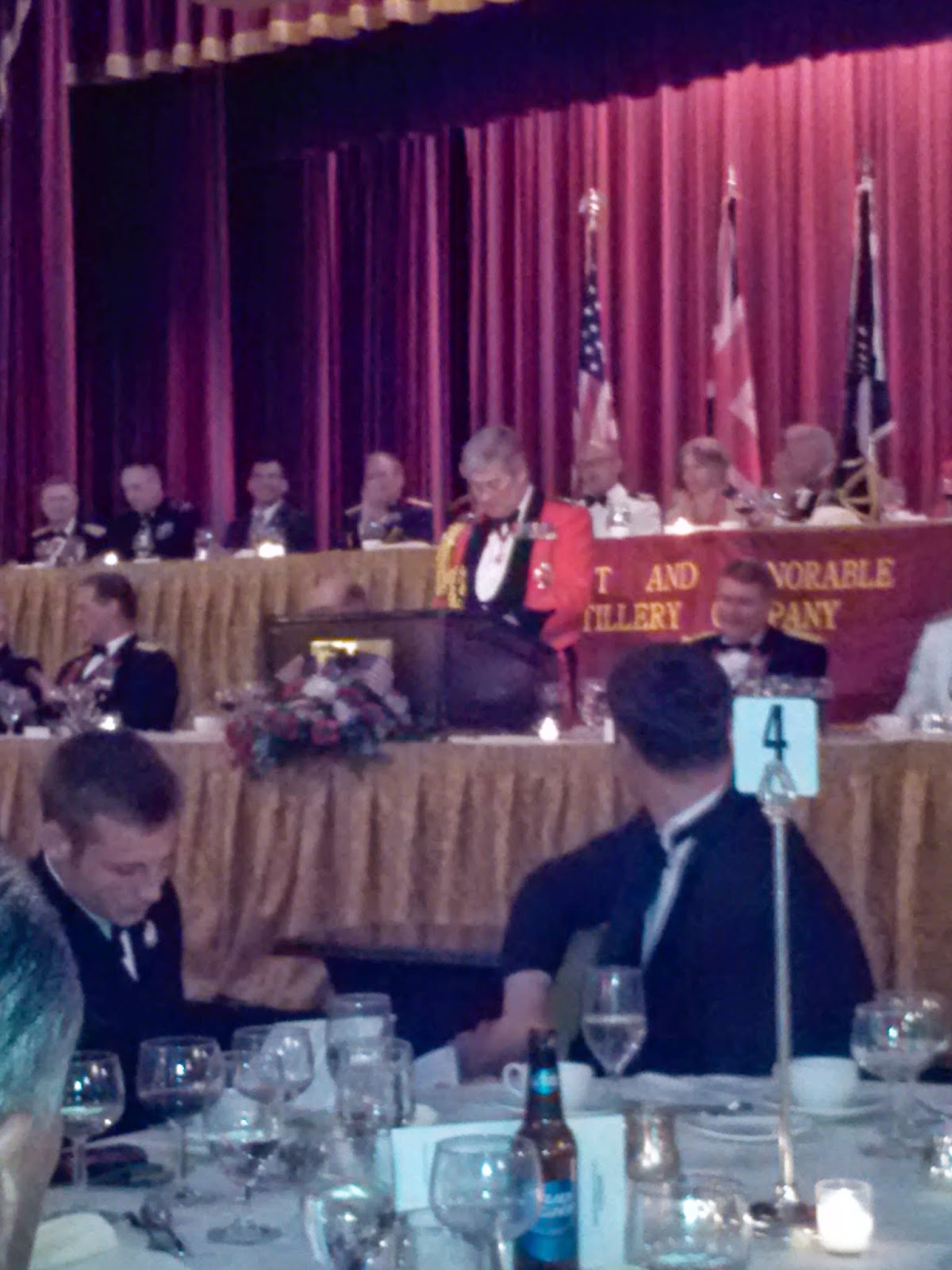