Making the Case for Economic Development 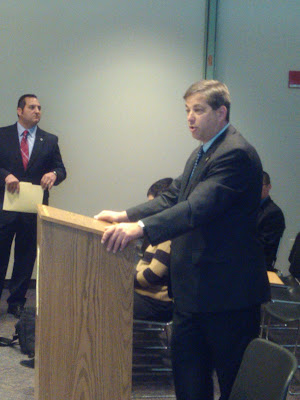 Today I appeared before the state's Economic Assistance Coordinating Council (EACC) to provide testimony in support of projects in Gloucester and Georgetown. The Council, comprised of various members of Governor Patrick's Administration and his appointees, is charged with approving or disapproving specific state economic development actions.

In Georgetown, municipal government has been working diligently to spur economic growth by encouraging new businesses to locate in the town as well as supporting the retention and expansion of existing businesses. Thus, the town was seeking Economic Target Area (ETA) status, which is a powerful tool that makes companies eligible for a wide array of state and local incentives. Following testimony from Peter Milano from the Massachusetts Office of Business Development, town officials, and myself, the EACC voted to convey ETA status to Georgetown.

In Gloucester, Gorton's, longstanding and well-known producer of frozen fish products, came before the EACC with the city with a request for an Economic Opportunity Area (EOA) within the existing ETA. This designation would allow Gorton's to receive local and state incentives for its investment of some $13 million to build two new product lines that will create as many as 20 new jobs. Given the long and prosperous history Gorton's has had in Gloucester, and its tremendous importance to the community as an employer and corporate citizen, this proposal has widespread support.

Once again, the EACC received testimony and approved the granting of EOA status. 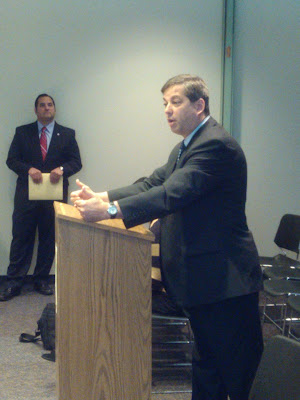